The final games of 2020 came on Wednesday as Round 16 came to a head, which saw two scheduled matches supposed to take place, but the Spurs v Fulham game, the 6 pm kick-off, was postponed due to an outbreak of Covid-19 in the Fulham camp, meaning it was decided the fixture would be cancelled and rescheduled for a future date.

The left just the 8 pm matchup, Newcastle v Liverpool, as the sole match on Wednesday and the game to end the year.  The Magpies were trying to end the year on a high after a difficult few games, whilst The Reds knew they would end the year five clear at the top with victory, so let’s see how it panned out …

Newcastle knew they had their work cut out in trying to get something from this one and form coming into this one wasn’t brilliant, although they could take heart from how West Brom managed to claim a point at Anfield in the visitors last game, so would Steve Bruce set his stall out to be hard to beat?

Well, yes, but they did not abandon their attack minded approach either and early on were more than a match for their opponents and had the game’s first real chance when Callum Wilson cut into the box but saw his effort well blocked from close range, the Toon striker was their main threat in the opening half hour.

Liverpool though began to get into their flow thereafter and had two brilliant chances to take the lead before the break, firstly when Karl Darlow produced a wonderful fingertip save to deny Mo Salah, and then palming away a Roberto Firmino header, meaning the game reached the half goalless.  It had been a positive half from the hosts though.

Liverpool continued to dominate possession in the second period and saw an early Sadio Mane header hit the side netting, although the opening exchanges of the second half saw little in the way of goalmouth action apart from that.

As the half wore on though Liverpool saw two more chances pass them by, Salah putting an effort wide when you expected the net to bulge, and then another Firmino header somehow headed wide with the goal at his mercy, this after Darlow had made a rare error in coming for a cross he was never getting too.

Could Newcastle hold on?  Well, they almost went one better than that when Kieran Clark saw a header pushed away brilliantly by Alisson in what was a rare Newcastle attack in the second period, but then they had to be alert to keep the visitors out again after Fabian Schar denied Mane a tap in by sliding in to clear off the line.

Darlow then came to the hosts rescue once again, keeping out another Firmino header, it had been a MOTM performance from the Newcastle keeper and one that earned his side a terrific point in the end.

For Liverpool it was a second frustrating draw on the spin, and they have now failed to beat four of the bottom six this season, but despite this they do end the year three points clear at the top, so not all bad.

So, this is how the Premier League table looks at the end of 2020… 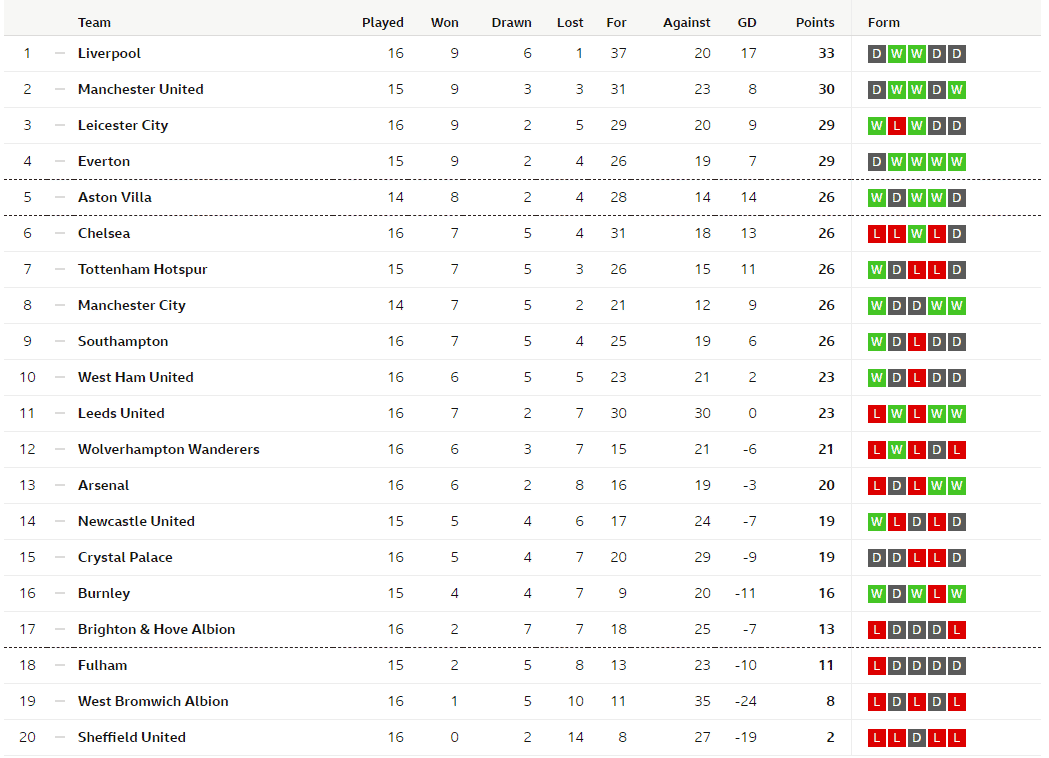 Now there was a rumour going around about the league taking a two-week ‘circuit breaker’ following an increase in the number of Covid-19 positive cases, but the Premier League have said this is not in discussion at the moment as they believe their protocols are good enough to keep the season going and anticipate no issues in the short term, which is good news.

That currently means the scheduled games for Round 17 are to go ahead, beginning on New Year’s Day, so let’s have a look at Round 17’s matchups…

And so ends one of the craziest years we have ever seen, will be good to see the back of 2020 though, let’s hope 2021 brings us much more positive news!!! 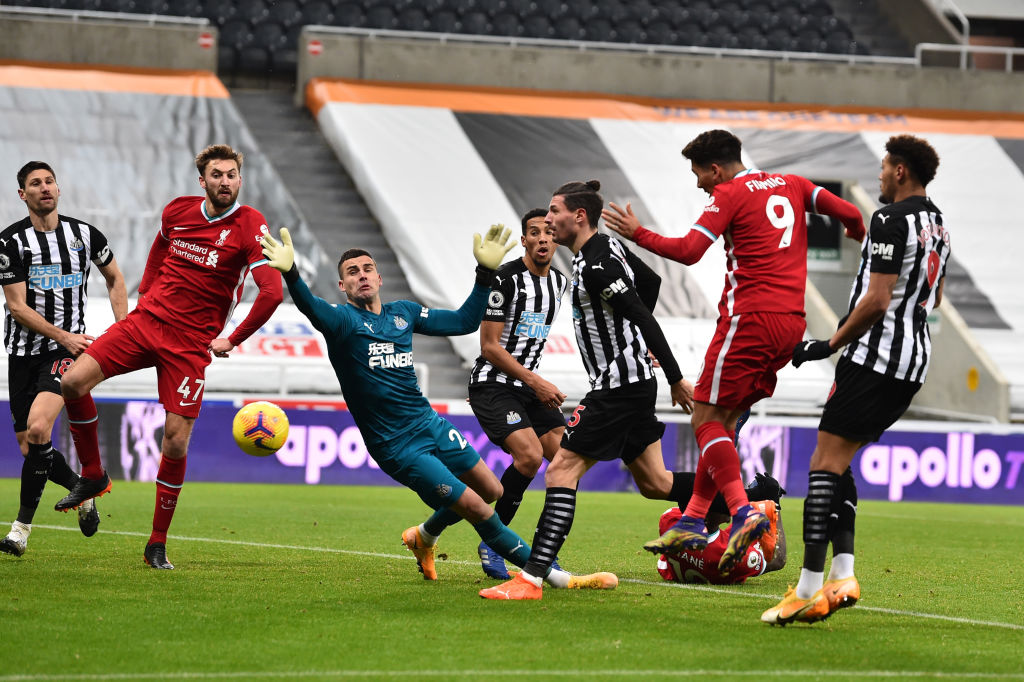