Sunil Gavaskar, the little master and legendary batsman for India is very happy and has praised Indian test opener Murali Vijay for his brilliant performance against England in the fourth test at Mumbai.

As per him Vijay came back strongly into the fourth test and his innings paved the way for the team win against the English side that had put upon a decent total in their first innings. Murali Vijay, who scored a century in the first test, was out cheaply on a number of occasions after that and faced heavy criticism from all. The visitors tried to test him against the short ball and he got out a number of times but the Tamil Nadu opener overcame all of it by scoring flawlessly against England and registered his eight century in test cricket.

Vijay has been the most consistent opening batsman for India in the last 2 years and Gavaskar lauded his hard work by saying,

“He has certainly worked hard to improve his style of playing the short ball. The coach did well by showing confidence in him, and he has repaid that faith with a terrific innings. Vijay has grown in stature as a batsman in the last 2-3 years. He has repaid that faith. There is still a long way to go. Vijay needs to aim big now.”

He was also impressed by the partnership between Vijay and Pujara who currently are the pair that has the best numbers for any Indian batting duo in Tests with a minimum of 2000 Test runs between them.

As per Gavaskar, Cheteshwar Pujara has evolved in the last one year and he congratulated the team management for this. He now thinks that Pujara is playing all the shots in his armor and bats with less stress which has helped him improve.

Pujara has evolved as a batsman : Gavaskar

R Ashwin has now got 23 – five wickets haul and Gavaskar seems to be impressed by him too.  R Ashwin now equals the record of Kapil Dev both standing each with 23 wickets haul each. He added, “Ashwin now has 23 five-wicket hauls. That’s like a batsman scoring 23 hundreds.”

India’s R Ashwin celebrates Anderson’s wicket during the 5th day of fourth test match at Wankhede in Mumbai on Monday
ALSO READ:  Blockbuster viewing or a liability? What is Virat Kohli to Team India?

Mumbai pitch was not easy to bat on and he thinks the English side paid the price for wrong fielding placements. “The field was spread out when the Indians were batting. There were not too many fielders in catching positions. You need to build pressure on batsmen in such situations. England failed to do so despite having put plenty of runs on the board,” Gavaskar concluded. 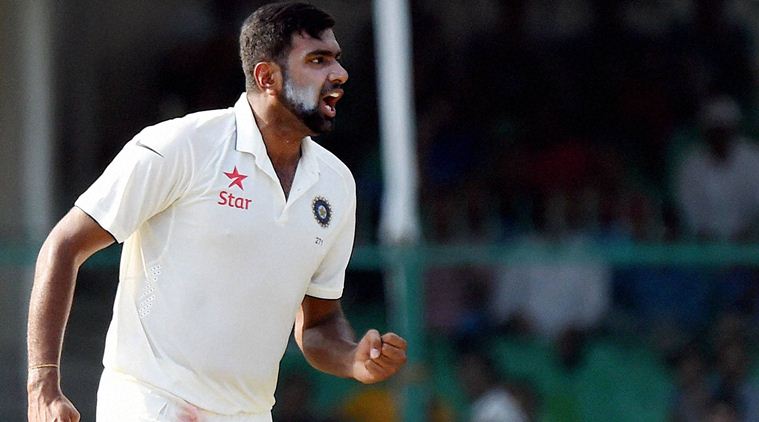