Here are the comparisons and predictions for the Western Conference Finals:

Point Guard: Cameron Payne vs. Reggie Jackson
With Paul sitting on the sidelines, the opportunity for Cameron Payne to shine has never been higher, especially going up against an opponent like Reggie Jackson. Payne is normally a reserve, but he’s helped out the Suns in many ways but the same can be said for Jackson, who’s been leading the point guard corps for the Clippers, along with Rajon Rondo. In the postseason, Payne averages 10.3 points per game, shooting 100 percent from the free-throw line. Jackson averages 17.1 points and 3.4 assists per game. The Suns have been playing fine without CP3 at the moment, but when he’s medically cleared to make his Conference Finals debut, the matchup will tip in favor of Phoenix.
Advantage: L.A. Clippers (unless CP3 returns in time for Phoenix)

Shooting Guard: Devin Booker vs. Paul George
What we have here is a marquee matchup between two players who have taken center stage during the playoffs. Devin Booker has been nothing short of amazing for the Suns, while Paul George has re-emerged as a scoring leader for the Clippers in the absence of Leonard. Between the two high-scorers, both Booker and George look to outdo and outduel each other with the big baskets. Booker has averaged 29 points and 7.4 rebounds per game, while George averaged 26.6 points and 8.9 rebounds per game. Booker looks to continue to be legendary, while George continues to live up to the nickname of Playoff P. This will be a high-scoring matchup, but it will come down to who is clutch when it counts, especially on defense.

Small Forward: Mikal Bridges vs. Luke Kennard
Luke Kennard may not have done much during the playoffs for the Clippers, but with Leonard sitting out with a knee injury, his presence will have to be relied upon. That can be also said for Mikal Bridges. Bridges should be able to hold his own on the court against Kennard, who is more a shooter on offense. During the postseason, Bridges averaged 12.2 points and 3.7 rebounds per game, while Kennard only averaged 6 points per game. Kennard will look to make baskets when they matter, but with Bridges looking to shut him down, that may be a tough task. Kennard will have to play like Kawhi if he’s going to make this a series for the Clippers.

Power Forward: Jae Crowder vs. Marcus Morris Sr.
Jae Crowder has been a difference-maker for the Suns on offense and especially on defense. Marcus Morris Sr. can be also said about in the same light, but the only difference that separates them is that Crowder is more aggressive. Between the two players, they both averaged 11.8 points per game, but Crowder edges Morris Sr. in the rebounding and blocking department. This will be a physical matchup, but Phoenix’s difference-maker will make it a challenge.
Advantage: Phoenix

Center: DeAndre Ayton vs. Ivica Zubac
The matchup between DeAndre Ayton and Ivica Zubac will be nothing more than an old-school battle of the bigs in the paint. While this matchup won’t catch the eyes of most fans, those who appreciate seeing the bigs doing the dirty work just help their team pull out a win is just enough. Ayton averages 15.6 points and 10.7 rebounds per game, while Zubac averages 4.6 points and 4.1 rebounds per game. Ayton looks to keep that double-double energy going for the Suns, but Zubac will have to make it a contest for his opponent.
Advantage: Phoenix

Bench:
The Suns have a core bench that consists of Jevon Carter, Torrey Craig, Frank Kaminsky, and Dario Saric. The Clippers, meanwhile, have Rajon Rondo, DeMarcus Cousins, Patrick Patterson, and especially Terrence Mann. While the Suns’ bench are young and hungry, the Clippers have veterans that know what it takes to survive in the postseason. Terrence Mann was phenomenal with his scoring from the last series against Utah for the Clips. Expect Mann to deliver on that performance and more.

Coach:
Monty Williams is an effective and tactical coach, having masterfully led the Suns throughout the playoffs. Tyronn Lue, on the other hand, knows a thing or two about reaching the Finals and finding success. Lue looks to do the same for the Clippers, having been a part of the Cleveland Cavaliers’ playoff runs and being a two-time Finals champion with the Los Angeles Lakers. Though Williams doesn’t have the success that Lue has had, that can all change, with Williams not only being Coach of the Year but also having the ability to put together winning plays. It will be an interesting match to see how these coaches approach the game.
Advantage: Even

The Western Conference Finals are never short on drama and memorable moments, so what moments will be made between the Suns and the Clippers? Will CP3 be able to return for Phoenix? Will someone emerge in the absence of Kawhi Leonard? These questions will be answered in what should be a historic series.
Prediction: Suns in 6

The Western Conference Finals continue on ESPN with Game 2 airing Tuesday at 8:30 pm. 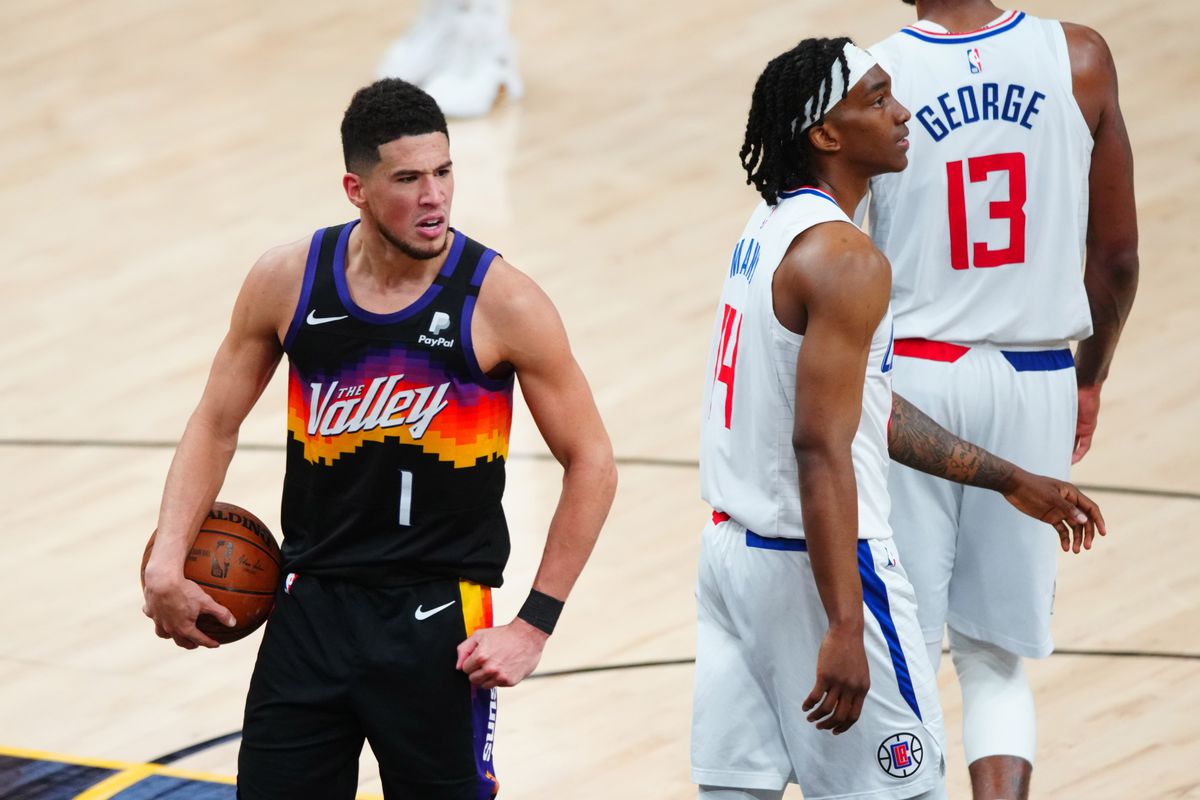