The common phrase we hear is “pressure through coverage or pressure upfront”. With salary Cap limits it’s difficult to achieve and build both. Tampa Bay earned a Lombardi from balancing the two. As well as bringing “the heat”, teams need to do it with only 4 guys. Commit more than 4 and athletic, hulk armed QBs are going to make you pay.

As much as the passing ethos has seen Cornerback salaries swell, Edge Rushers remain the premium position by value (after QB). Nothing kick-starts a team’s performance like a big Sack, TFL or trench mayhem. Having guys who can come off the edge and keep the play in the backfield changes games. It’s probably going to cost a team $25 million + for a Veteran who can do it.

Much has been made of building deep secondaries and corralling Neo-QBs – like Mahomes – to limit gains and frustrate Offences. Then came Superbowl LV. Mahomes racked up nearly 500 yards of individual Offensive – running sideways for his life. Tampa dominated the game through intense edge pressure with a 4 man front, 2 speedy LBs and an aggressive secondary with no obvious weakness.

If there was ever a spotlight on why Tackles and Edge Rushers earn the big coin, Superbowl LV was it. Kansas City reacted (to defeat) by going all-in on an Online overhaul and Front Offices round the league maneuvered for and paid their Edges.

Later in the week, we’ll look at the OLine bookends that are charged with keeping QB laundry bills under control. For now, let’s focus on those wrecking balls that prowl the edges of the line and can change a game in under 2.5 seconds. Your NFL, AFC East Edge Rushers: depth, Cap hits, Rookie Potential scale.

Buffalo had a steady year in Defence. In the middle of the pack – league-wide – in Blitzing percentage (35%) their pressure was generated in several fashions. The Bills ranked 2nd in the league, recording a 25% pressure rate in 2.5 seconds or less, bested only be the Steelers. That’s an important metric that has a major impact on the game.

The savvy Veteran Hughes was a big part of that factor. Don’t let the 4.5 sacks obfuscate his presence, hustle and impact. Hughes consistently ranks in the top 10 rushers for pressures generated, 11 years of experience will do that. The downside for Hughes is it doesn’t translate to Sacks at a high rate. An interception, fumble return for a Touchdown, 4 TFLs and 11 QB hits gave opposition teams plenty of headaches though.

Mario Addison is another wiley Veteran with 10 years of experience contributed with 5 Sacks, 7 TFLs and 8 QB hits. AJ Epenesa had a quiet rookie season with 1 Sack, 3 TFLs and 4 QB hits, but look for significant strides this off-season. He was highlighted by the Scouting community as a high work ethic guy and his Junior year at Iowa speaks for itself: 49 tackles, 11.5 Sacks and 4 FFs.

With Hughes and Addison combining for 21 years of NFL experience and being the Bills 2nd and 4th highest paid players (annual average) respectively, it’s little surprise Brandon Beane (GM) felt it was time to add youth. What was probably more surprising is he doubled down at the position with picks 30 and 61.

Gregory Rousseau is a fascinating prospect with enormous potential. He was touted as a first-round, possibly top 10 pick until he opted out of the 2020 season. A former WR (yes, really) he’s only played 1 year on the defensive line at multiple positions and the wrecked shop doing it. It’s a little optimistic to expect too much from such an underdeveloped talent in year one but expect some highlight-reel moments. He could be a steel that makes Miami and the Colts a little embarrassed.

Basham is a much more solid, well-rounded player but with a significantly lower ceiling. You could we’ll see him taking multiple snaps from week 1 onward. He’s the kind of player that will learn well “on the job”, with easy to manage Rookie mistakes. Much of the rest of the Bills pressure (and therefore Sacks) comes from the impressive LB unit and Safety Blitz. The Bills D should be even stronger in 2021.

Miami was second in the league in Blitz percentage last year (behind Pittsburgh) at 40.8%. There’s no doubting Miami’s talented secondary, but their constant need to bring a 5th (and 6th) rusher to affect QB play became a problem against the league’s best. Notably Buffalo and Kansas. Exotic rush packages will always be a part of the Flores/Boyer game-plan, but with the expense and talent in the secondary, Miami needs to get 4 men home more regularly.

Last season’s pressure was led by a renaissance in Ogbah’s play. In his 5th Pro Season, Ogbah was finally a featured rusher with full reign to create mayhem. Taking 77% of the defensive snaps Ogbah forced 3 fumbles (1 recovered), 9 Sacks, 6 TFLs, 21 QB hits. A career year which he will hope he can repeat going into the final year of his contract.

Miami’s other Veteran Edge, Shaq Lawson was moved to Houston in the off-season as Flores and Grier overhauled the front 7. Andrew Van Ginkel’s development as a pass rushing LB provided Miami with an opportunity to move on from some heavy contracts for mediocre Veterans. Strowbridge is still an unknown quantity but Miami (and it’s fans) are betting on the “year 2” leap principal in most of their forecasting.

The Edge position remains thin, even with scheme and Blitz happy LBs. Keenly aware of this, Miami leapt on Miami’s Hurricanes Junior Edge Jaelan Phillips when he slipped to 18. In a dream scenario the Dolphins got this year’s most complete and talented rusher – none of us are privy to medical information (and few could interpret it anyway) so Phillips should be viewed as a gift at 18. Don’t expect Flores to keep him on a leash. If he grinds through camp he will feature week 1.

As is the case with most NFL defenses now, Edge Rushers are as often listed at LB as DE. Judon makes this list on that basis. Belichick has overhauled this roster and the 2021 Defence looks deep and strong. Accepting Van Noy back from Miami and the return of Hightower will make for plenty of opportunities to unleash Judon into the backfield.

Judon is a 2 time Pro Bowler having a career year in 2019. He has 34.5 career sacks over 5 years but only played 51% of snaps last year. He is a menace in the negative yard box with 54 QB hits and 26 TFLs in the last 2 seasons. With a tough interior group of lineman and dynamic (if not ageing) LBs, Judon should find an electric niche in the ‘Chicken scheme.

The guy is a solid, rotational veteran as is newly acquired Anderson from the Jets. Wise flashes a little more potential, securing 11 TFLs and 2.5 Sacks in 2020. He’s still only a 50% snaps kind of Edge.

Chase Winovich and Ronnie Perkins represent the future of the position in New England. 3rd-year Winovich is set for a possible break out. A 3-year starter at Michigan along the defensive line, he racked up 166 total tackles and 18.5 Sacks. Year 2 with the Patriots he earned nearly 60% of the reps, 5.5 Sacks and 12 QB hits. He has the traits and now the experience, in this revamped defense he could go large this season.

Ronnie Perkins (whose name conjures images of London Gangsters) is a tantalising prospect who started 3 years for the Sooners, recording near 100 total tackles and 16.5 Sacks. He seems tailor-made –  in character – to fit the Belichick model of defensive players. Tough, talented and disciplined.

The Jets had enough holes in its roster to make a fishing net going into the off-season. Douglas (GM) wisely started sewing them up in Free Agency by jumping on Lawson. Knowing his Draft picks were already allocated elsewhere and having Cap space, grabbing this year’s best Edge free agent was a safe move.

Teams always overpay in Free Agency. Fans and the media always use that fact to bludgeon front offices that are not the “Darlings of the Day”.  The fact is, spare Cap and spreadsheets don’t win football games. Mean, skillful Edge Rushers can and do. Cap is a means to an end and while the need to skillfully manipulate it is GM 101 (or should be), putting good to great players in shoulder pads is the ultimate goal.

Lawson appears to be coming of age after a career year with Cincinnati. An impressive 32 QB hits off 68% of the Defensive snaps, including 2 FFs and 4 TFl is a great foundation to bring across to a Saleh led Defence. With the monster interior linemen Quinnen Williams and downhill “thumper” CJ Mosely running the middle of the field, the Jets have a strong skeleton to flesh out.

Vinny Curry offers 10 years of Pro Experience and will make some plays, but he – and his ceiling – are well known by Offensive Coordinators. Franklin-Myers, Huff and Blair are rotational pieces of whom none are likely to take more than 40% of the snaps and will likely be struggling for employment this time next year.

Zuniga and Rashed provide engaging stories in this room. Rashed somehow slipped through the Draft net (in a league that covets Edge potential). New York signed the 4 years Oregon Beaver as a UDFA. As a rushing, LB Rashed could stack on a few pounds (from his 235) and easily take on a 5 tech and wider role. 144 total tackles and 16.5 Sacks should translate at the next level.

Zuniga is also an intriguing prospect who lost 2020 to injury, as he did with many of his college games. If he gets his body working, Zuniga offers a lot of versatility and athleticism for Ulbrich to utilise. Florida is a good football programme in which Zuniga produced 116 tackles and 18.5 Sacks, like Rashed it’s a fair call to give them both plenty of scope to grow in the first year of the Jets rebuild.

In synopsis, I could have comfortably given Buffalo a 5 on their RPS. Rousseau and Basham have the potential to end up as a folklore Sack duo in 10 years time. In reality, the brutality of the NFL is against them, hence the 4.5. I like the way Beane is building out the expenses on the roster, allowing the Bills to be consistently competing for years to come.

New England has a key edge rush threat in Judon and we can safely assume the Defensive packages will bring heavy pressure by committee. Bill was visibly fuming at performances last year and if I’m sure of anything in 2021 it’s that the Patriots Defense will be merciless.

Miami is lagging behind in its rebuild at the Edge position. As they enter year 3 they will be relying on outstanding interior push, back-end coverage and shifty Linebackers. Phillips could be a glorious addition, but a solid 5 Sack season would be a result in reality. I expect Ogbah to be high class again chasing his new contract, but Miami will be dipping into the Edge position again next off-season.

The Jets have done an admiral job filling in the many gaps in the roster. Their front 7 should be staunch enough to make headway on the win column. Much of their pressure success or failure will be decided by their Corner pairings play. Later in the week, we’ll look at the Offensive Line Bookends charged with blocking this merry band of mobsters. 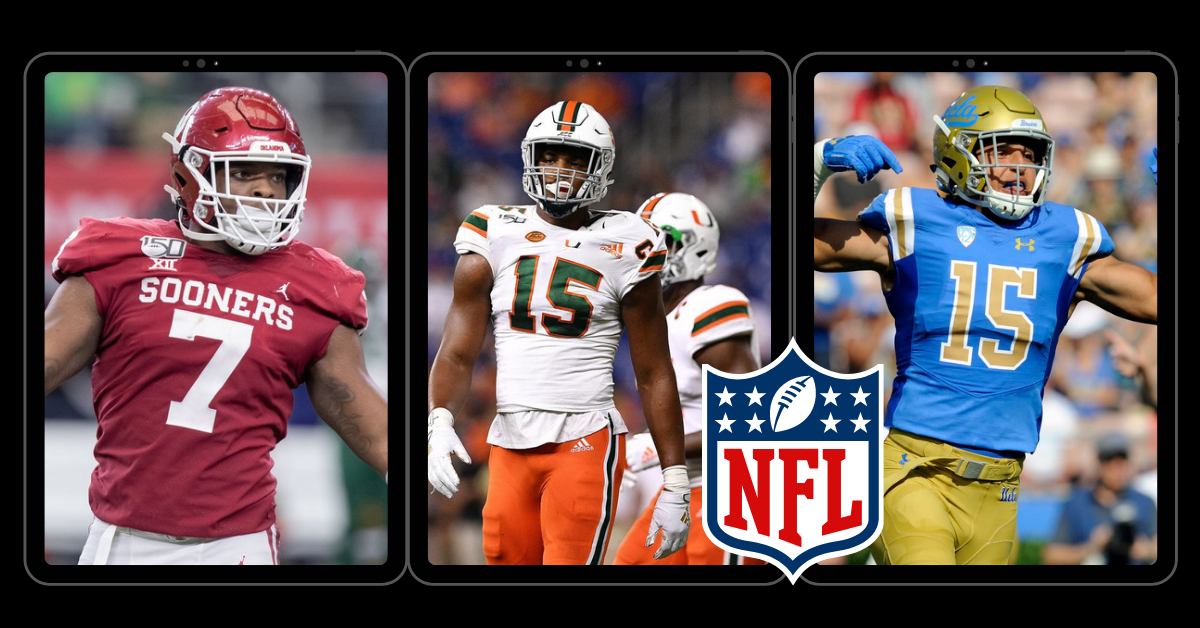