Yesterday night (Friday), the LA Clippers clinched their spot for the Western Conference Final after their win in Game 6 against the Utah Jazz (131-119). The LA Clippers closed the series without their franchise player Kawhi Leonard that did not participate in the last game of the series. The Claw who is suffering from a knee injury is likely to miss the Western Conference Final.

To access the Western Conference Final the Clippers completed an incredible comeback as the Utah Jazz led by once again an incredible Donovan Mitchell, counted a 25 points lead at half-time. However, with great teamwork and a sensational Terance Mann, the LA Clippers totally turned this game on his head in the second half of this game 6.

Terance Mann had an astonishing performance as he scored a career-high 39 points. The rookie puts up 20 points in the 3rd quarter to ignite the LA Clippers comeback. Terance Mann’s performance against the Jazz is even more incredible as nobody was really seeing Mann deliver such a great game.

After the game, Donovan Mitchell and Terance Mann reflected on playing against each other since middle school:

“Salute to Terance Mann,  I have played against him since like middle school he has always been a dog and a warrior, he played his ass off […]. He is good, he is really good. Tonight he showed it on the biggest stage.” said Donovan Mitchell.

” Donovan is a great player, I remember playing against him since 8th grade. We played against each other at every level.” said Terance Mann

On Utah’s side, it is a big disappointment as they fought so hard the whole season to win the title but they failed to close the game despite an incredible Donovan Mitchell who compiled 39 points, 9 rebounds and 9 assists. Utah’s franchise player who clearly played injured did everything he could to force a game 7 but finally came short.

NBA Play-Offs 2021: First ever Conference Finals for the LA Clippers

“It feels great! The close out here. When Kawhi went down everyone had to step up, we knew we had to step up in his loss. We got to continue on, he carried us up until this point and I look forward to the challenge to carry us even further.”

Patrick Beverley expressed his feelings on the Clippers clinching a spot in the Western Conference Finals for the first time:

“I was here when we were an eighth seed, celebrating just to get into the playoffs. To finish a game like this, …it is special because I have poured blood, sweat and tears into this s… .”

Unfortunately, the Clippers will most certainly have to face the Phoenix Suns on Sunday without Kawhi Leonard. In the Conference Finals, the Clippers will have another occasion to write even more about the history of the franchise by advancing to the NBA Finals for the first time.

Read more about the Clippers: NBA Play-offs 2021: Lakers tie the series with Suns; Will the Clippers Choke again 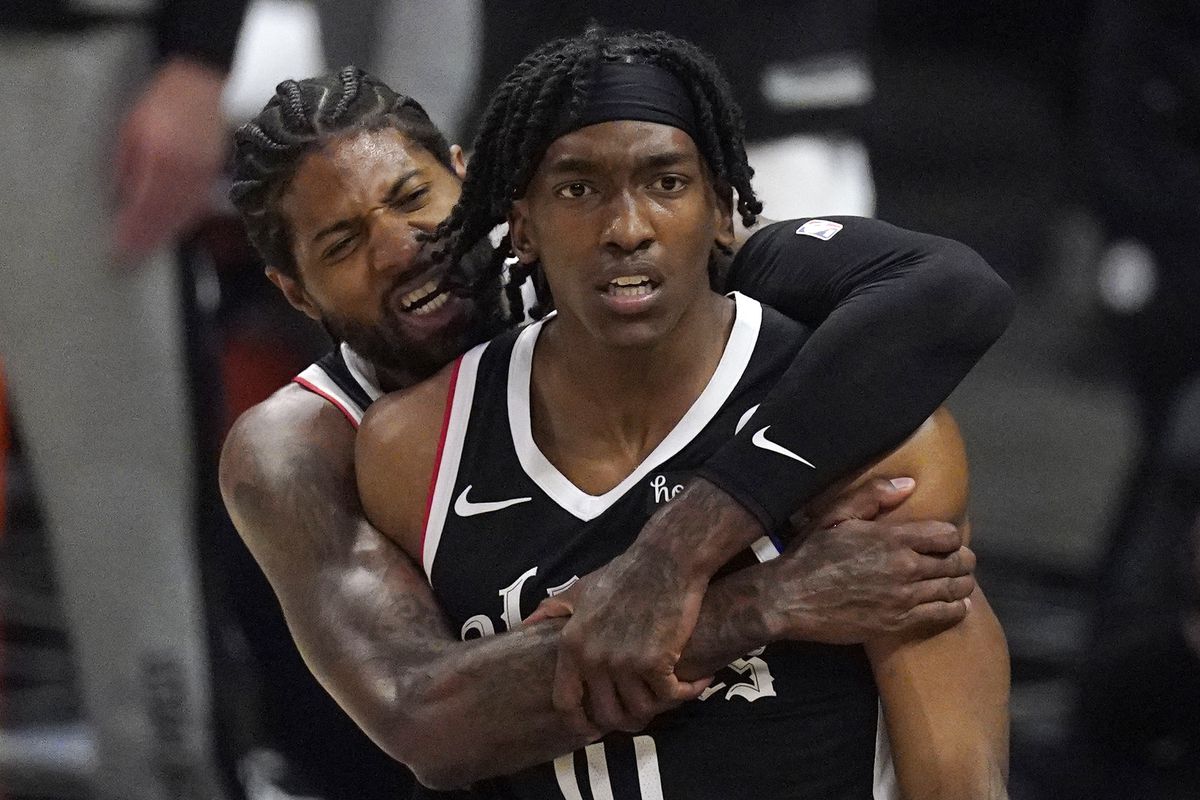