NBA player Enes Kanter Freedom has called on athletes to boycott the next month’s Winter Olympics in China over their human rights record.

In an interview with the BBC, Kanter Freedom said: “While we are talking right now there is a genocide happening.”

The Boston Celtics player continued by saying: “It is important that athletes use their platform to be the voice for all the innocent people all over the world who don’t have a voice.

In April last year, the UK government declared that a genocide was taking place in north-west China, with more than a million people estimated to be detained in Chinese camps in Xinjiang at the time.

In a statement, the Chinese embassy to the UK said: “The unwarranted accusation by a handful of British MPs that there is ‘genocide’ in Xinjiang is the most preposterous lie of the century, an outrageous insult and affront to the Chinese people, and a gross breach of international law and the basic norms governing international relations.

Kanter Freedom, who was born in Switzerland and grew up in Turkey, changed his name to Freedom when he gained US citizenship, after claiming his Turkish passport was revoked after condemning human rights violations in the country back in 2017.

In an interview with CNN, Kanter Freedom said the name change will reflect his “fight” for freedom throughout his life.

The 29-year-old told the BBC that he is speaking directly to other Olympians over his concerns.

“I have sat down with many other athletes and had a conversation with them. The first topic I always tell them is: ‘Look what they did to their own tennis player Peng Shuai. Are we really going to trust them with our own players?'”

There were international concerns for the safety of tennis player Peng Shuai after she accused former-Premier Zhang Gaoli of coercing her into having sex.

After sharing her statement on Weibo, China’s main social media platform, the tennis player was not heard or seen publicly for several weeks. That was until 17 November, when state media outlet CGTN published on Twitter what it claimed was an email from Ms Peng.

In the email, which CGTN claimed was sent to WTA chief Steve Simon, she purportedly said that the allegations were “not true”.

State media reporters have published several videos and images of the tennis star attending events including a tennis tournament in Beijing, however, the time and authenticity of the photos were questioned.

The International Olympic Committee (IOC) then spoke with Ms Peng in an online video call.

IOC President Thomas Bach said, “she explained that she is safe and well, living at her home in Beijing, but would like to have her privacy respected at this time”.

Kanter Freedom has frequently spoken out about China’s Tibet policy, and the Celtics centre recently wore shoes with “free Tibet” written on them.

“You see so many different people like Tibetans, Hong Kongers, Taiwanese people, Uyghurs, Mongolians are suffering,” he said. “So I cannot just think about all the business involvements, or remain silent so I had to say something.”

Kanter Freedom had his name blocked on China’s Weibo after calling Chinese President Xi Jinping a “brutal dictator”. Boston Celtics games have also been banned from streaming sites in China.

The Zurich-born man took to social media to also criticise the IOC, saying they were “in bed with the Chinese government,” and that they are “complicit and echo the Cultish Chinese Communist Party’s propaganda.” 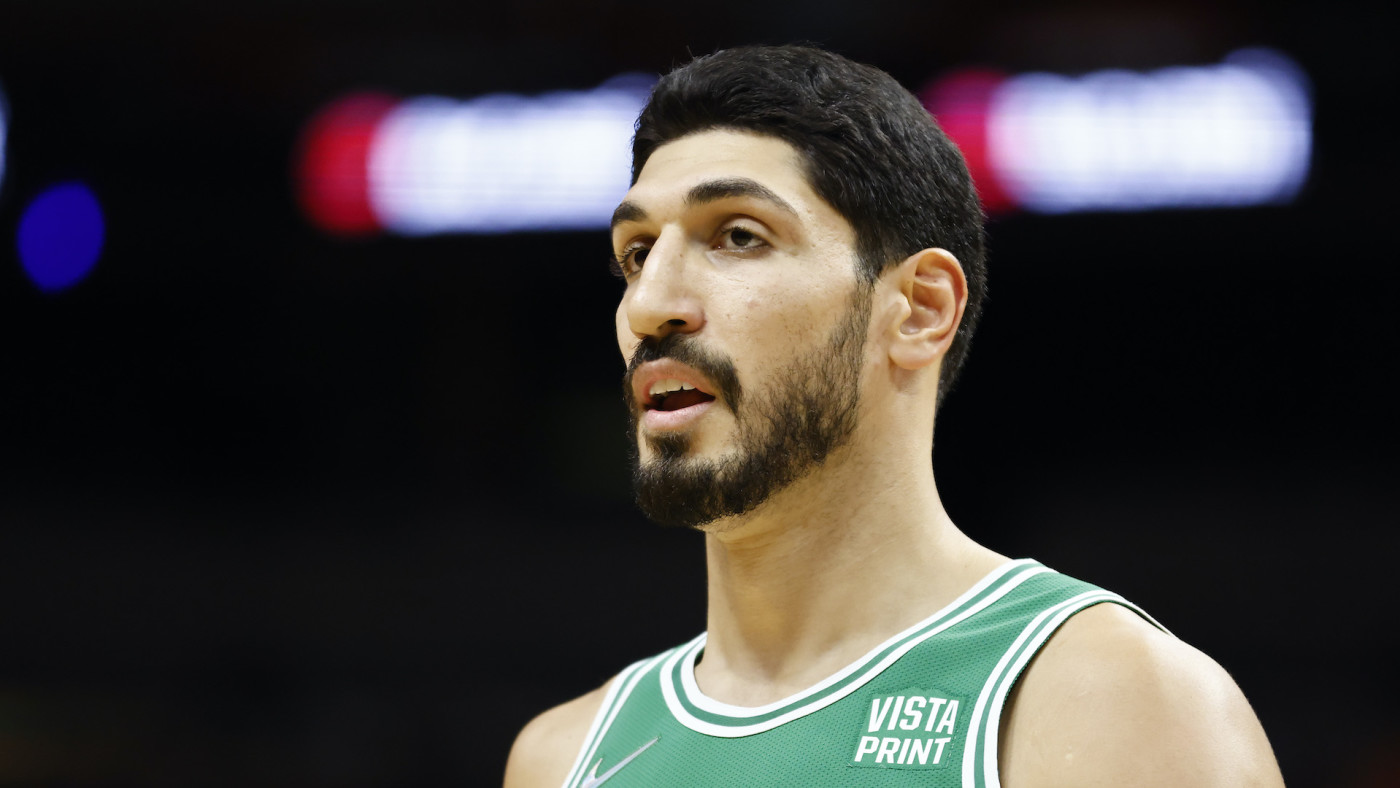