Since missing the cut at the US Women’s Open this year Nelly Korda has not missed a beat. She went on to win her first major title, claim the world number one position and has now collected her first gold medal with a phenomenal display of golf in Tokyo.

Korda carded rounds of 67, 62, 69 and 69 for a 17 under par total to claim gold by one shot over Mone Inami of Japan, who defeated Lydia Ko in the silver medal playoff.

Korda’s 62 in the second round was one shy of the Olympic record, set by Rory Sabbatini in the men’s event the week prior, and included a double bogey on her final hole.

The scoring wasn’t the only thing that was hot last week with temperatures consistently rising above 30 degrees Celsius throughout the tournament. Concern over looming thunderstorms on Sunday resulted in a two tee start seeing players tee off on both the front and back nine.

Ko got off to a fast start, producing four birdies in her first five holes to eat into Korda’s lead. A double bogey on the seventh hole from Korda saw her playing partners, Ko and Aditi Ashok temporarily join her at the top of the leaderboard.

Korda bounced back with two birdies to finish the front nine at 16 under par and find herself one ahead of Ko.

Inami made a charge on the back nine, carding five birdies in the space of six holes to draw level with Korda. A bogey at the last saw her drop out of the lead and her gold medal chances were all but gone with Korda requiring a par up the last to win.

Ko birdied the short par-4 seventeenth hole to put the pressure on Korda going down the last. They matched pars on the eighteenth and Ko would eventually settle for the bronze medal.

The New Zealander finished on the podium for the second time running, adding to her silver medal from 2016.

Ashok, who is the first Indian woman to compete on the LPGA Tour and the first to win on the European Tour, narrowly missed out on a medal, finishing one behind Ko and Inami.

Ashok also competed in the 2016 Rio Olympics where she finished 41st. Her Dad caddied for her in 2016 but this year, in Tokyo, she decided to have her Mum on the bag to share in the experience.

Emily Kristine Pedersen of Denmark and Hannah Green of Australia both finished in a tie for fifth, one shot further back of Ashok.

Green’s compatriot, Minjee Lee, who won her first major championship at the Evian Championship the week before the Olympics finished on 4 under par.

Nelly’s sister Jessica Korda shot rounds of 71, 67, 73 and 64 to end her Olympic campaign on 9 under par in tied fifteenth position. The two other Americans in the field, Danielle Kang and Lexi Thompson finished on 7 under par and 3 under par respectively.

The South Korean contingent, which included four of the top six ranked players in the world all finished in the top 25, with two finishing in the top 10.

Nelly Korda’s win caps off a great two weeks for American golf with Xander Schauffele also picking up the gold medal in the men’s event a week earlier.

The 2021 Solheim Cup commences on 31 August at Inverness Club in Toledo, Ohio as the USA take on Europe. Despite Europe being the defending champions, the USA, with Nelly Korda and Co, and the home advantage will be a difficult team to beat. 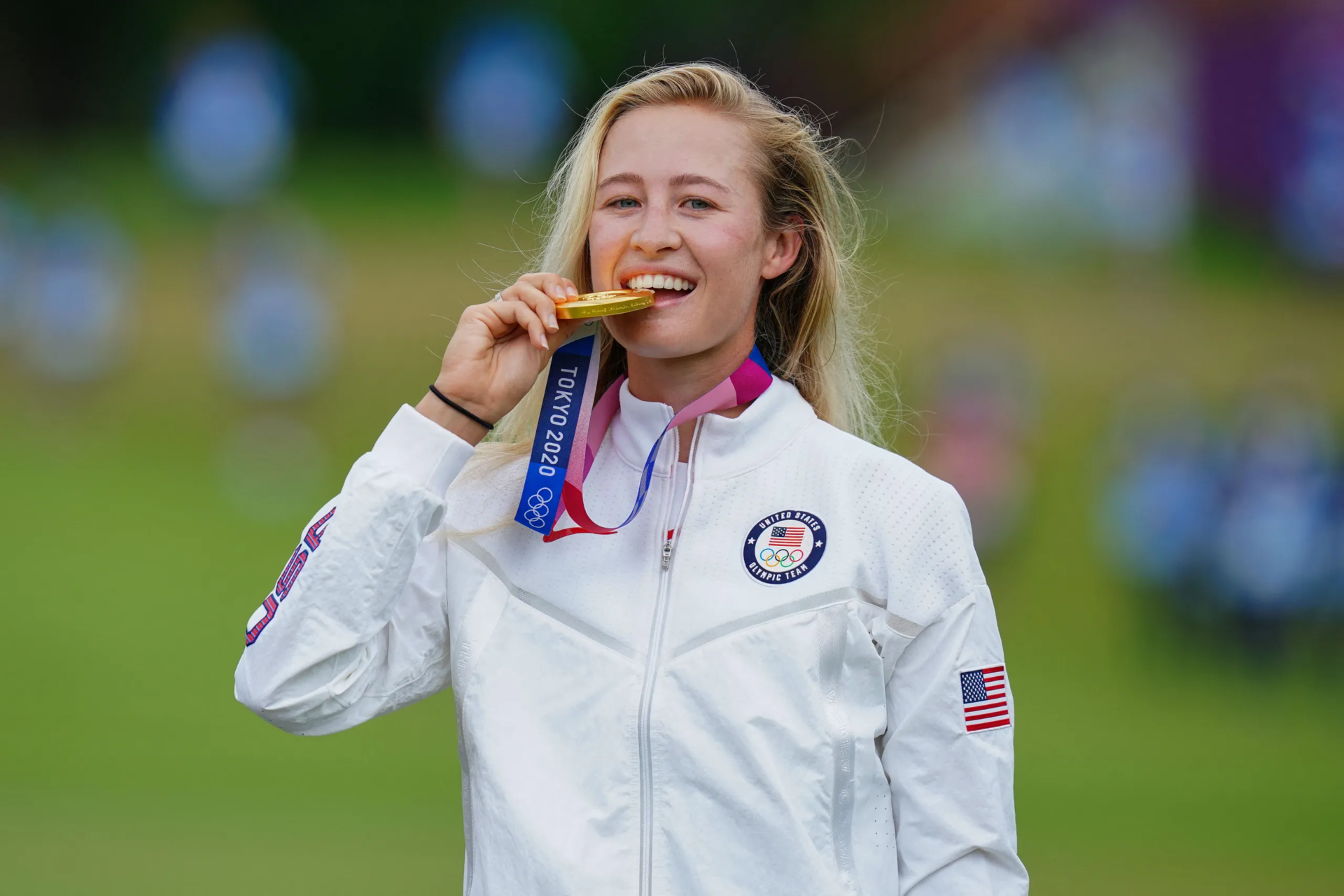