The sport of boxing has long been known for disappointing “almost’s.” Fight fans were almost treated to a highly anticipated match between Anthony Joshua and Tyson Fury until an arbitrator decided Fury must complete a trilogy with Deontay Wilder.

Daniel Dubois almost looked like the best prospect in the heavyweight division until he took a knee against Joe Joyce. Now, boxing fans are forced to deal with another exciting clash that has been unexpectedly taken off the table. Just a few hours ago it was announced that Errol Spence Jr. and Manny Pacquiao will not be climbing into the ring together on August 21st.

To be fair, Pacquiao versus Spence wasn’t exactly the fight fans had been clamouring for over the last few years. At 42 years old, the Senator of the Philippines is seen by many as past his prime.

However, that doesn’t mean that he’s not still a dangerous opponent inside the ring. Just as recently as 2019, Pacquiao bested two men who were much younger than him when he beat Adrien Broner and Keith Thurman in the same calendar year. If his last two bouts are any indicator, “PacMan” is boxing’s answer to Tom Brady, an all-time great who could’ve already retired with fanfare but continues to perform at a high level.

The fight everyone wanted to see was Errol Spence versus Bud Crawford. Spence is the unified welterweight champion, currently holding both the IBF and WBC titles. Crawford is the reigning WBO welterweight champion; he’s also considered by many to be the best pound for pound boxer in the world. Each man has publicly stated he wants to face the other in just about every post-fight interview since 2018.

With Spence largely under the tutelage of Al Haymon and Crawford primarily guided by Bob Arum, it would seem a deal would have been agreed to by now. Alas, everyone involved has an ego just as large as their bank account.

In boxing, it’s not just about which fighter gets the bigger purse, it’s also a matter of who controls the event, PBC or Top Rank? Fight fans could care less about the politics of the whole thing; they just want to see the best two welterweights decide who’s the best in the world inside the ring.

In the interests of full disclosure and with an eye on unbiased journalism, the reason Spence pulled out of his fight with Pacquiao should not be dismissed. During a physical exam, it was discovered that he has a damaged retina in one of his eyes. The doctor reportedly stated that there was absolutely no way he could fight under those conditions.

This was a legitimate reason to pull out of the fight. No fighter should risk his long term health in exchange for a payday. What’s the point of being rich if you have to play with your children while wearing an eye patch?

Spence made the right decision for himself and his family; that should be acknowledged and applauded. However, it doesn’t ease the disappointment fans are feeling by missing a chance to see one of the best in the world perform his craft.

Fight fans will still be treated to a compelling matchup on August 21st. Errol Spence’s replacement is no slouch. He is the reigning WBA welterweight champion, Yordenis Ugás. At 35 years old, he is seven years younger than Pacquiao. He enters the bout on a four-fight win streak and is the kind of competitor who fully expects to leave the ring victorious.

Up until now, the Cuban born fighter’s most famous opponent was Shawn Porter. He doesn’t have a marquee victory against a big-name opponent that can catapult him into mainstream recognition.

A victory against Manny Pacquiao would change that. “PacMan” is going to be up against a young, hungry opponent with very little to lose and a whole lot to gain. Due to all of these factors leading up to the fight, there will certainly be fireworks inside the ring in Las Vegas on August 21st.

Those of us who love the sweet science is used to being as frustrated by the sport as we are enamoured with it. While missing out on Spence vs. Pacquiao is a disappointment, fight fans can rest assured the alternative is definitely worth watching.

The great George Foreman once said, “you don’t play boxing.” Errol Spence is doing the right thing by pulling out of this fight and not playing with his health and his future. Fans will have to understand and settle for Manny Pacquiao versus Yordenis Ugás instead. 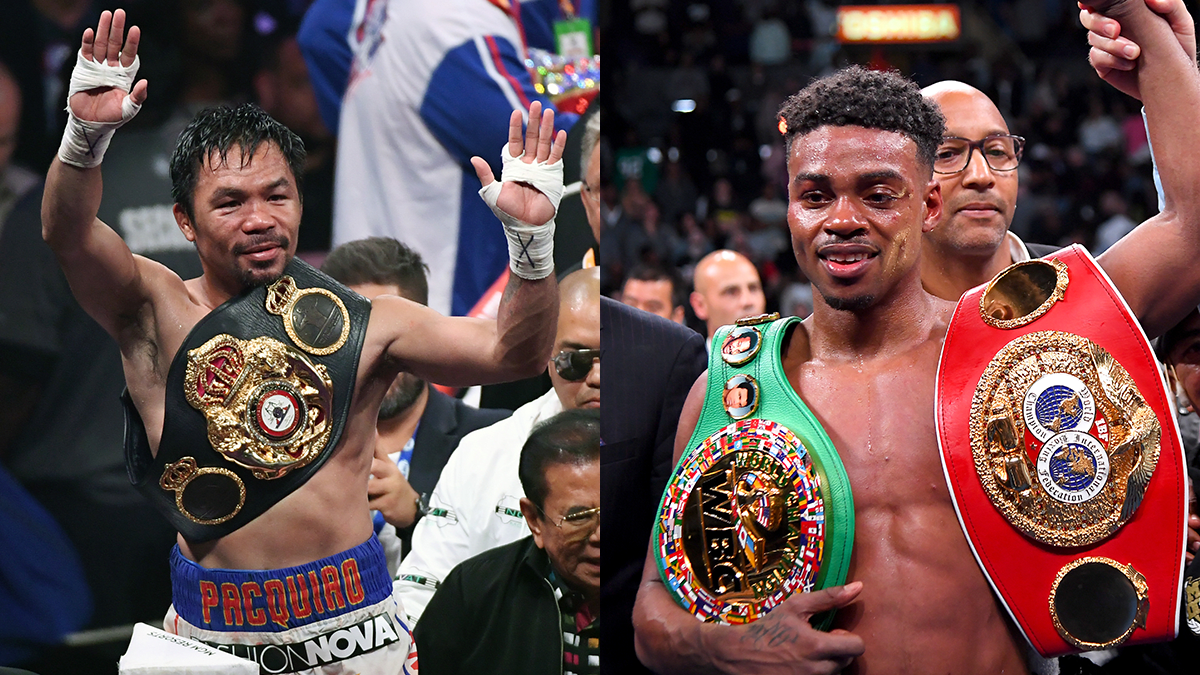