In my last piece on the NFL AFC East, we analysed the “arms race” at the receiver position. Most NFL teams use speed-oriented, 11 personnel packages principally, 29 out of 32 franchises no less!

Unless you’re Greg Roman or Kyle Shanahan, the generic league game plan is to throw first and ask questions later. Only one franchise has a Derrick Henry prowling in their backfield, so everyone else needs 3+ fighter jets out wide to compete.

Nature rules and as Newton’s Third Law states, “to every action, there is an equal and opposite reaction”. When the competition can field multiple, speedy pass-catchers, Defensive Coordinators and Front Office Staff lie awake searching for the antidote: elite Corners.

Thanks to 7 on 7 and swelling receiver salaries, in truth probably the kudos, most college football athletes yearn to be the next Randy Moss. Finding and developing the next Champ Bailey or Jalen Ramsey is far more arduous and time-consuming. To have a roster that can field 3 above average Cornerbacks simultaneously is akin to finding the “Golden Fleece”. Some Teams appear close to achieving that.

At the end of the 2020 regular season, PFF had Buffalo’s secondary ranked at 9th in the league, dropping from 7th a year earlier. This includes safety play (your next article) of which Buffalo excels and is also predicated on front-seven pressure. In a vacuum, this room begins and ends with White.

White finished the 2020 campaign with a PFF grade of 74.5 and three interceptions. He’s easily one of the top five Corners in the league and more than capable of shadowing the best wide men in the business. His ceiling is still a ladder away.

Behind White lies, perhaps, the weakest depth on the Bills roster. I was honestly surprised that Beane didn’t go after a CB (in a deep draft class) to pair with White. This means either (or both) McDermott is sold on Wallace’s ceiling or is looking to focus on QB pressure as the defence’s identity rather than lock-down Corners. When you have Hyde and Poyer the latter makes a lot of sense.

Buffalo’s draft weekend did yield the trio of Wildgoose, Griffin and McCloud. Wildgoose picked in the 6th round is a 3 year Badger with solid production. He’s recovered from an exceptional right shoulder injury but has an uphill battle to make this roster.

Griffin and McCloud are both UDFA’s. Of the two, USC’s Griffin has flashed the most potential and could crowbar his way onto the 53 or P.S with special teams skills. In short, Buffalo could be seriously exposed against 10 and 11 personnel looks or in an injury crisis. Will Beane make more moves?

As with the receiver room, Miami is spending (a lot) bigger than their division rivals at Cornerback. In a pass-happy league, it seems reasonably logical. If Grier can navigate the Politics of Howard’s contract and Howard attacks 2021 with the same commitment as last season, this unit is gold. Howard plays like a Cheshire Cat committing Grand Theft Cream, with the swag to match.

Byron gets far too much flak for his “box” numbers and is an exceptional teammate, leader and athlete. The addition of Coleman and McCourty was very savvy manoeuvring by Grier and will keep complacency and injury bouts in check.

The intrigue in this room is Igbinoghene. His talent and athleticism is off the charts (exactly the kind of athlete Grier and Flores covet). The 1st round pick is thoroughly justified in a regime that is willing to live and die on the hill of “draft & develop” principles. For this to work, Noah must force his way into meaningful snaps and flash some of that inherent talent this year.

Miami can field 4 excellent Corners and have strength at safety too. If the money/cap issues are squared away by the Front Office and if the pass rushers can start winning more one on ones, this unit will feast. Flores and Boyer must be grinning ear to ear (on the inside of course) when they’re coaching this room.

Stephon Gilmore is the third in a trio of Elite corners prowling fields in the AFC East. DPOY two seasons ago, Gilmore was graded a poor 61 by PFF in 2020. Many talk of his impending demise, but sleep on Gilmore at your own cost. If Belichick doesn’t move him for assets expect a return to dominance this year. The Patriots defence is a very different beast going into ’21 and Stephon has off the charts intuition and gilt-edged savoir-faire.

Opposite Gilmore, JC Jackson has blossomed as a UDFA into a talented ball hawk perimeter corner. Jalen Mills provides Belichick with the cliche “Swiss Army Knife” coming over from Philly in free agency. He played around 200 snaps in multiple positions last year but my fear would be he’s more of a “jack of all trades, master of none” than uniquely versatile.

Depth is provided by Williams. He hasn’t found his lane to date and primarily contributed on special teams. One imagines it’s a character clash with Belichick as he was provided with an opportunity early in 2020 only to be a healthy scratch by the season’s end. Will a full off-season provide clarity and progress for the second-round pick?

The room is rounded out by Bethel, a journeyman that hasn’t started a game in 4 years. Ross, Jackson and Virgin are simply camp bodies and will struggle to see any playing time.

With the presence of McCourty at safety and Dugger’s projected development, the lack of depth at corner at least has solid insurance. Belichick’s retooling of the front seven, including Hightower’s return, surely means offensive coordinators are fully focused on keeping their Quarterback upright and finding daylight in the running game.

Rome wasn’t built in a day and the Jets won’t be rebuilt in an off-season. Douglas started in the 2019 draft with Cal’ Bears Ashtyn Davis and Virginia’s Bryce Hall. Going heavy with trenches, skill positions, QB and pass rushers, Douglas used the 2021 off-season to build inside out and add game-changers. This left little collateral for the secondary.

Douglas chose to scattershot the remaining secondary players in the 5th and 6th rounds. Picking up Duke’s Michael Carter II, small but slick and fast he figures to compete in the Nickel. Jason Pinnock is formerly a wide receiver from Pittsburgh whose upside is all athletic. It may take him a season to develop Corner skills but he projects as a core special teamer from the get-go.

Nasirildeen is worth mentioning as he strikes me as a Draft steal at pick 186. Despite being a Safety in Florida State’s now failed empire and dealing with injuries, the Jets are listing him as a LB. He deserves mention here as he has a real chance to be a heavy snap taker with time. Lining up at a variety of secondary positions he can handle TEs and blitz duties comfortably. He could well become Ulbrich’s best friend if his character gels.

Hall and Austin should start on the perimeter come Week 1. Hall started to settle into his role in the second half of the season flashing good awareness and ball skills. A solid off-season programme with much better coaching should make him a solid Corner 1 but expect a few hiccups against the league’s best.

Austin struggled mightily in 2020, the whole unit and team, in general, were set up to fail in a toxic and unprofessional calamity. He stands a chance this year with a solid front seven generating pressure and better safety play through growth and coaching. That said, look for huge shake-ups in this room next off-season and most likely a top ten Draft pick snaffling a top three Corner prospect.

As the AFC collectively ramps up its roster talent, Miami has a clear and distinct advantage when it comes to Cornerbacks. Graham Alexander, Miami’s Secondary Coach, built a unit at the California Bears that earned the moniker “The Takers”. With an expectation for less Blitz dependent pressure, this unit will earn national buzz and overwhelm mainstream highlight reels.

The obligatory phrase in every AFC East analysis has to be rehashed again, don’t sleep on the Patriots. With Belichick’s alchemy, Gilmore and McCourty, New England will show up and prematurely age Offensive Coordinators.

The Bills are so complete in other groups that the lack of depth at Corner should be muted. Beane is a proactive GM who will strike before Week 8 with a trade or manoeuvre to solidify the unit. Buffalo are ready so expect no hesitation.

The future looks bright for New York but a lot has to happen over the next 10 months to lay the path for a Cornerback overhaul. The organisation and its fan base are (rightly) all eyes for Wilson. This year we can expect their defence to be exposed and give up its fair share of big plays, but Ulbrich and Saleh have the gravitas to regain the opposition’s respect. Let the joust begin. 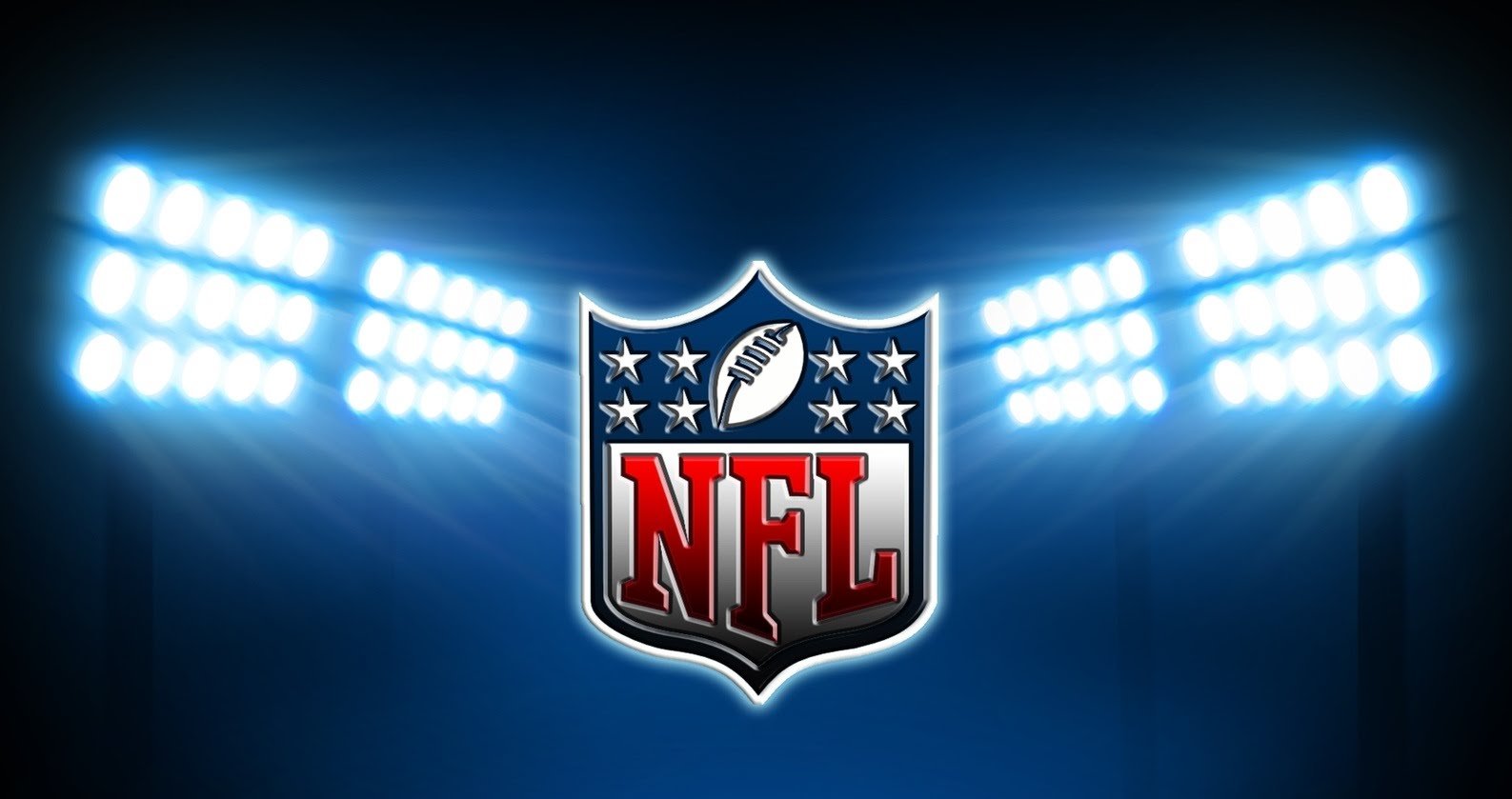