He’s a 6-foot-6, 285-pound tackle out of Liberty Christian Academy in Lynchburg, Virginia. Rice ranks as the No. 1 offensive tackle in 2022 class and the No. 7 overall prospect according to the 247Sports Composite.

Rice is the No. 1 tackle in the class and the top recruit in the state of Virginia. He had taken visits to all of the schools on his list, but chose North Carolina in the end.

His commitment gives the Tar Heels at least one five-star commitment in each of the last three classes.

Rice has been compared to former Alabama and current Cleveland Browns tackle Jedrick Wills, with recruiting analysts pointing out how Rice has “fared well” against top prospects in camp settings — something that scouts wanted to see given his competition at the high school level playing at Liberty Christian Academy.

As a top-15 recruit, Rice is now the highest-ranked commit in the class for North Carolina, ranked ahead of defensive tackle Travis Shaw, the No. 20 recruit, who had previously been the highest ranked commit.

During his press conference at Liberty Christian Academy he picked up the North Carolina Cap and gave it to his Grandmother before unboxing a pair of NC Jordans.

“The difference was obviously I want to play for a Hall of Fame head coach. Mack Brown is amazing,” Rice said. “We’re on the come up right now, I really believe that, and the only thing I can do is get better.”

Rice added that he plans to arrive on campus in January as an early enrollee, in time for spring practice ahead of the 2022 season.

This is a huge addition to North Carolina’s 2022 class that already ranked in the top 15 nationally prior to his commitment. Steve Wiltfong said on CBS Sports HQ that Rice moves the Tar Heels up to No. 9 in the 247Sports Composite, and it addresses one of the biggest needs for the offense in the offensive line 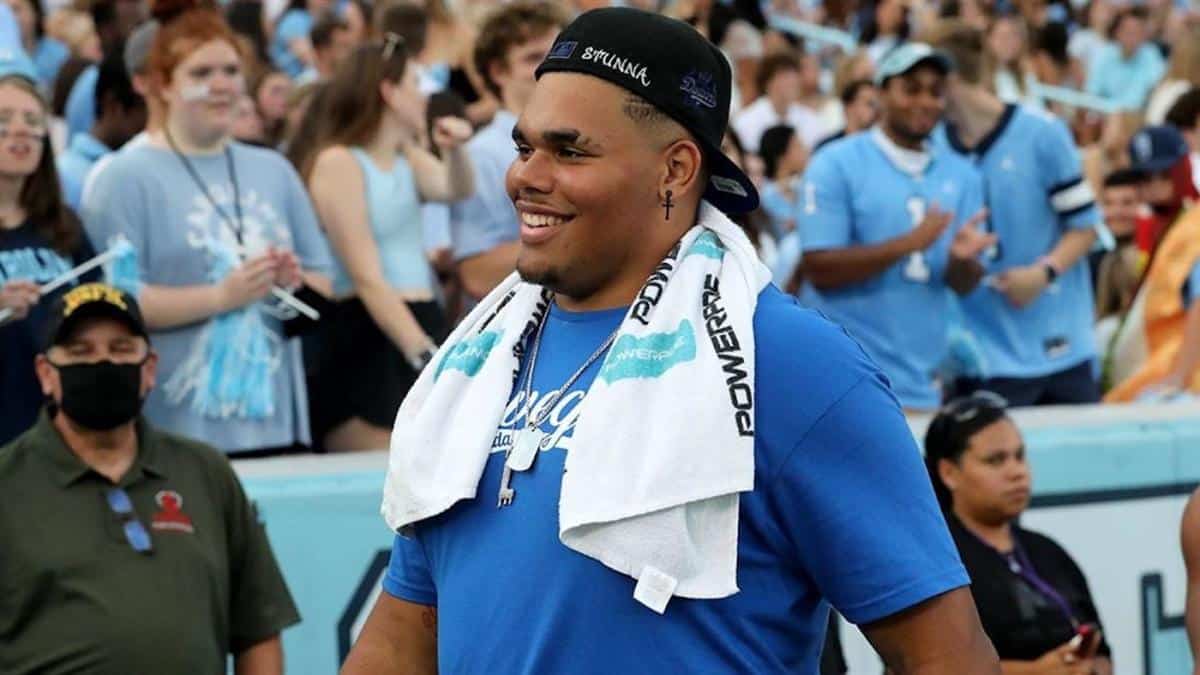