Current world number 1 Novak Djokovic has won his 19th Grand Slam title after spending four hours fighting it out against Stefanos Tsitsipas in the gruelling heat at Roland Garros. The five-set thriller was a spectacle to savour, filled with twists and turns which ended with the Serb becoming the first tennis player ever to win multiple titles at each Grand Slam. Achieving such a feat has been challenging at times but it is unquestionably one of Djokovic’s greatest achievements, in a career filled with success of the highest order.

The final began with phenomenal intensity as both players played on the front foot, holding serve and pinning powerful shots across the clay surface. Tsitsipas is well known for having a strong serve and impressive forehand and these assets were on display from the off, helping him to push Djokovic into a first set tie break.

In previous years, the world number 1 would have been favoured in such a situation but recently the Serbian’s win percentage in tie breaks has dropped to roughly 50%. This showed, as unforced errors began to take hold of Djokovic’s game. He struggled to contain the power and precision of Tsitsipas’ backhand, which in recent months has become a much more reliable weapon for the Greek.

Tsitsipas won the tie break 8-6 and walked back to his seat satisfied with his opening performance. Djokovic comparably was visibly frustrated at losing the set and struggled to gain momentum in the second set, quickly losing a service game.

A surprisingly uncompetitive second set followed. Tsitsipas’ backhand becomes explosive as he forced balls down the line at pace while Djokovic became burdened by unforced errors and evident fatigue. What began as a competitive match, looked to be turning into a formality for Tsitsipas who, at just 22 years of age, gave off few signs that he was playing in his first grand slam final. The Greek won the set 6-2 and looked to be on top.

However, as tends to be the case with Djokovic in a final, there comes a moment where the beast awakes. And awaken he did. After taking a short hiatus after the second set, which saw the Serb replace his white shirt which a red Lacoste polo, Djokovic returned with a point to prove, immediately breaking Tsitsipas’ service game. His shots became more aggressive and accurate as he forced the Greek to cover the court much more. And delicate drop shots, which have become a secret weapon for the Serb this tournament, began to twist points in his favour. Very few players can consistently absorb a powerful forehand mid-rally and direct it right to the line, with considerable spin. Yet Djokovic did so countless times and to great avail.

Slowly Tsitsipas’ first-serve accuracy began to dwindle and his forehand, which had been so reliable early on, became slightly more erratic. Djokovic also started to direct his serves towards Tsitsipas’ forehand. This meant that the return of serve tended to fall to the Serb’s forehand, giving him greater control over each point. These changes helped Djokovic immensely and allowed him to dominate the next two sets 6-3, 6-2.

At the start of the final set, Tsitsipas again failed to hold serve early but his fought spiritedly throughout the set. Djokovic, while in control on the scoreboard, did not always look like the inevitable winner.

Some truly great tennis was played out between the pair as the game reached its climax. One particular point saw both players thrash forehands at each other before they exchanged delicate shots close to the net. Tsitsipas won the point with a half smash at the net but the exchange signified the quality of tennis on show.

Barring a few wobbles, Djokovic managed to hold serve for the remainder of the match, winning the encounter on his third championship point. As the Serb smashed an overhead shot down the left side of the court, you could see his elation at winning Roland Garros – the slam which has proved to be the most elusive for the great. Tsitsipas played valiantly in his maiden grand slam final and actually hit more winners than his opponent, but few athletes can match the grit and dogged fight which Djokovic possesses. Over his stellar career, he has played in six grand slam finals which have lasted for five sets and has won five of them.

Djokovic found himself a set down against Nadal (the King of Clay) in his semi-final match and yet he prevailed. Djokovic then found himself two sets down in the final, and previously had never recovered from such a position in a final, and yet this time he prevailed. Many men have tried to match his intensity but few have succeeded. Sometimes it seems as though Novak Djokovic is a cheat code. A cyborg whose mental tenacity is truly unparalleled.

Roger Federer Pulls Out of Roland Garros Amidst Injury Concerns 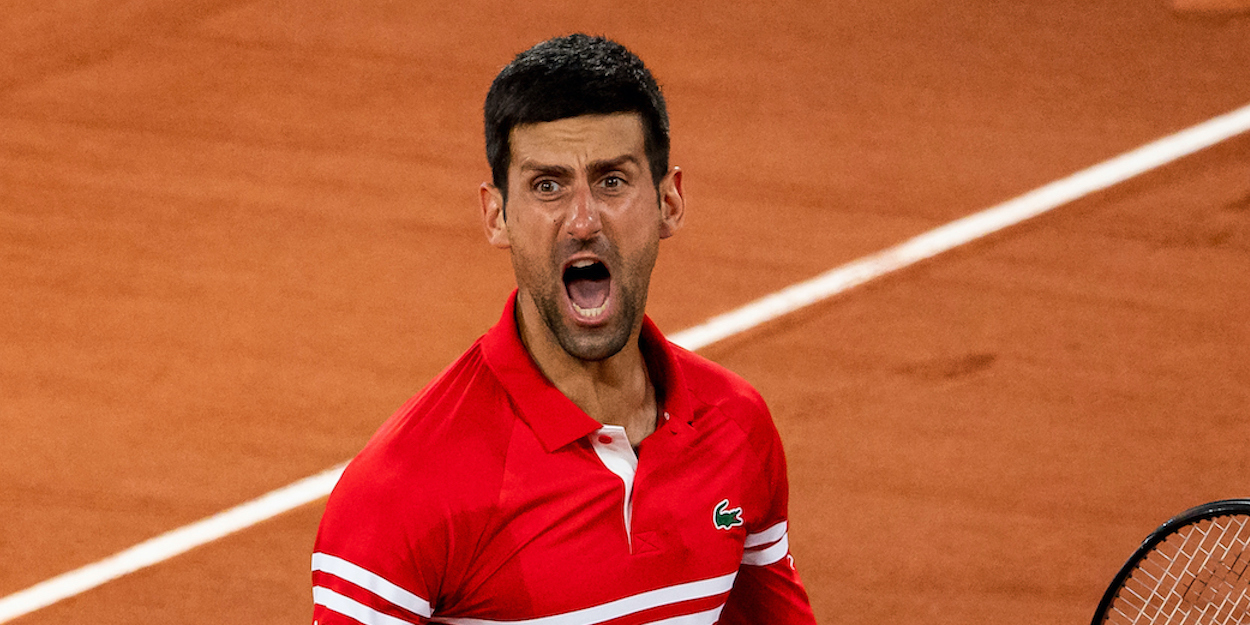