The first fixtures of the National Rugby League’s finals series are locked in after the final round of the regular season came to an end today.

While Penrith Panthers had already secured the minor premiership and the top eight were determined two rounds ago, some key positions were still open and the race for those positions made for some entertaining footy.

The Newcastle Knights failed to hold sixth place, going down on Friday to a Gold Coast outfit that’s turned around its fortunes in their past five games. This opened up a chance for South Sydney Rabbitohs to redeem themselves later that night after a horror loss to the Bulldogs last week and claim a home elimination final.

They did so in spectacular fashion, scoring 60 points in a rampage against defending premiers and old foes the Sydney Roosters. 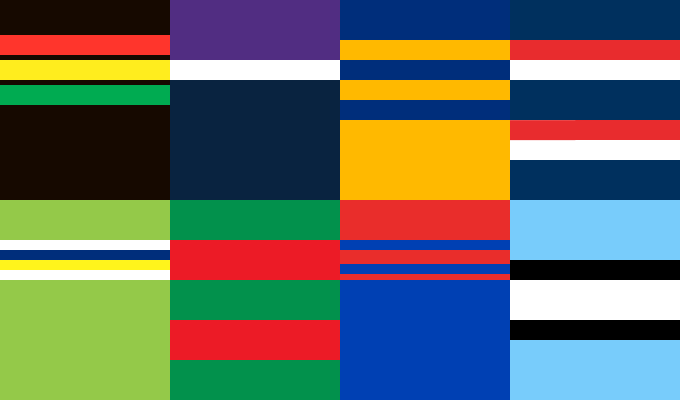 On Saturday, Canberra Raiders kept their hopes of a top-four finish alive by defeating Cronulla-Sutherland Sharks 38-28. Parramatta Eels risked falling out but guaranteed themselves a second chance in finals by defeating Wests in the last minutes of the game, leaving Canberra to settle for fifth.

Along with Penrith (who won their first minor premiership since 2003), Melbourne Storm had already secured a top-two spot before the round began. Only the current COVID situation in their home state of Victoria prevents them from playing a final on their traditional home ground.

The dismal season for Queensland’s three clubs will make this finals series the first without a team from the Sunshine State since 1991 when the competition was still called the New South Wales Rugby League.

The NRL Finals operate under the same fixture system as the league’s main competitor, the AFL. The first week will see the top four battle it out for the two-week break and a home prelim, with the next four fighting to keep themselves in the premiership race.

The series will open on Friday night with a blockbuster showdown between the minor premiers and the defending champs. The Roosters can make up for their shock loss to Souths if they can defeat the Panthers on their home turf. Penrith has been on a roll all year after losing only one game in their regular season campaign, but this match-up will be a new challenge altogether.

The loser of that game will know their Week 2 opponent the following evening when the Raiders and Sharks face off for the second time in as many weeks. Despite missing out on a top-four finish, Canberra will this time have the advantage of playing at home.

The Eels have had a horror home stretch that ended with them barely holding onto the second chance, but they have an opportunity to prove themselves as genuine premiership contenders when they play the Storm. Melbourne’s “home” final will go to Brisbane’s Suncorp Stadium, keeping the Storm in Queensland after basing themselves on the Sunshine Coast in the latter half of the season.

The first week of finals wraps up on Sunday, with the Rabbitohs to take on the Knights in the second elimination final. In their first finals series since 2013, the Knights will be out for redemption after Souths snitched their home final. They will play at ANZ Stadium.

ANZ Stadium will also once again host this year’s Grand Final, scheduled for October 25. The Sydney Cricket Ground had been intended to host it for this season and next, with ANZ to be redeveloped into a permanently rectangular stadium starting earlier this year. However, these works were cancelled due to the pandemic.

The NRLW Premiership will play its third season this year, with the matches serving as curtain-raisers to the men’s Finals games. The Brisbane Broncos, New Zealand Warriors, St. George Illawarra Dragons, and Sydney Roosters will all field women’s teams again, with the draw to be determined week-by-week.

This season, all six games will be played on Saturday afternoons, which will see two women’s games and one men’s game at the same venue on the same day in a series of triple headers.

Round 1 sees the Roosters and Dragons kick things off in the middle of the day, followed by the Broncos and Warriors. Both games go to GIO Stadium in Canberra and will precede the Sharks-Raiders clash.

The NRLW Grand Final will be played on the day of the men’s Grand Final, as it has the previous two years. The Broncos are the only team to win the Premiership so far.

This year, only these two games will be played on the day. With the second-tier QLD and NSW competitions cancelled due to COVID, the State Championship between the two leagues’ premiers will not go ahead.