Free-agent receiver Odell Beckham Jr. has agreed to join the Los Angeles Rams on a one year contract after clearing waivers.

The 29-year-old teams up with Sean McVay and Matthew Stafford at SoFi Stadium as the latest high-profile addition to the Rams’ Super Bowl charge following their trade for former Denver Broncos edge-rusher Von Miller.

The free-agent wide receiver joins a high-powered offense led by quarterback Matthew Stafford and adds to a depth chart at the position that already includes Cooper Kupp, Robert Woods and Van Jefferson.

Beckham Jr was released by the Cleveland Browns on Monday before officially becoming a free agent after clearing waivers on Tuesday.

Stafford said Thursday he has a lot of respect for Beckham, whom he played with at a Pro Bowl. He lauded Beckham for being “outstanding” both when the ball is in the air and after the catch and said he was “excited” to be able to work with him on the Rams.

Stafford said if Beckham wants to win, “that’s what we’re all about,” and he was confident he’ll be able to contribute.

“Everybody on our team carves out their role. They do a great job of figuring out what that role is going to be and going out there and proving it both on the practice field and in games, and given the opportunities I know he’ll do the same,” he said.

Shortly after the deal was agreed, Miller posted on Instagram a screenshot of a video call he was having with Beckham that read: “Let’s Chase This Ring Family!!!”

Beckham was also welcomed to L.A. by Lakers superstar LeBron James, one of his good friends, who tweeted: “Welcome to LA my brother @obj ! It’s GO TIME!!”

The Rams lead the NFL in total offense this season behind a potent passing attack led by Stafford, who is first in the NFL with 2,771 passing yards. Kupp is the team’s No. 1 receiver and leads the NFL in receptions (74), receiving yards (1,019) and touchdown receptions (10).

“His thing is, I feel like, why he left — he wanted to be a part of it and contribute, and I think just coming into this offense, he wants to work and contribute. We’re all working toward the same goal: winning, grinding. I don’t think it should be anything disruptive.”

Beckham Jr’s departure in Cleveland comes days after his father posted an 11-minute video on social media of occasions on which Browns quarterback Baker Mayfield had not thrown to his seemingly wide-open son.

The Browns excused the receiver from team practices in the aftermath on Wednesday and Thursday, with head coach Kevin Stefanski reportedly telling his players that Beckham was “essentially not on the team right now”.

He eventually went untouched on waivers before being linked to a number of teams including the Rams, Packers, Kansas City Chiefs, New Orleans Saints and New England Patriots, Beckham supposedly outlining his desire to play for a ‘contender’.

ALSO READ:  Jameis Winston Out For Season After Horrific Tackle

NFL Network’s Kim Jones reported on Thursday that the former Offensive Rookie of the Year had whittled his options down to the Green Bay Packers and the Rams, with Beckham eventually committing to the latter.

Odell Beckham Jr tells me he’s on the fence between Rams & Packers.

He leaves the Browns having recorded 40 catches for 551 yards and three touchdowns over the past two seasons, with injuries having hindered his efforts to build on the 1,035 yards he posted in his first campaign upon arriving in 2019 via a trade with the New York Giants.

Beckham was drafted by Big Blue with the No. 12 overall pick in 2014 before swiftly becoming one of the faces of the NFL and upper echelon playmakers with three successive seasons of 1,300-plus receiving yards and 10-plus touchdowns.

He joins the Rams with 504 receptions for 7,062 yards and 51 touchdowns in 88 career games through eight seasons. 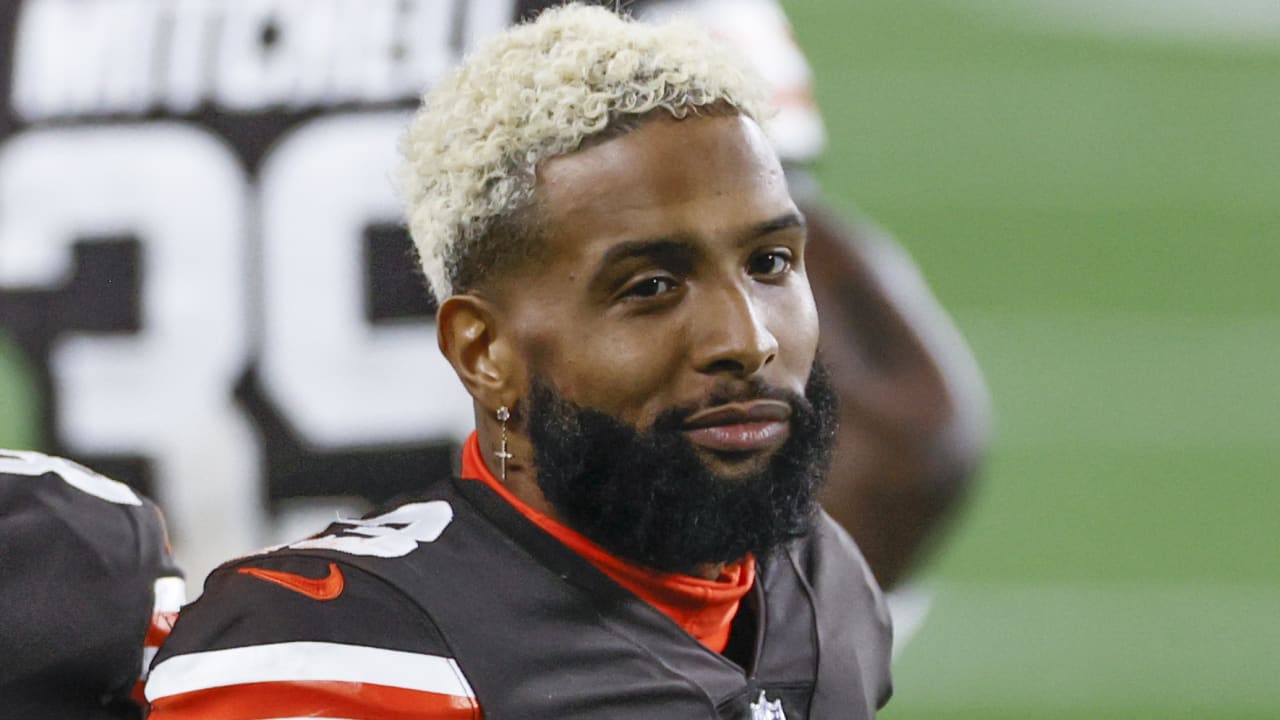