Now, Oleksandr Usyk is very much a strange competitor for Anthony Joshua, he weighs 220lbs which is a 20lb deficit from Anthony Joshua’s 240lbs, but the man is elusive, excellent movement, masterful execution of the jab and he’s essentially cleaned out the cruiserweight division.

Look this man was so good there was literally no one else for him to face in the cruiserweight division so they basically moved him up a weight. He’s already defeated Delboy Chisora and in terms of skill, some would say he is miles above A.J.

BUT, is it really a blowout in Usyk’s favour, could he quite possibly be the most formidable contender the unified heavyweight champion has ever faced?

There are some factors to consider here. AJ’s weight, for example, is 20lbs heavier, weighing a whopping 240lbs, and not only that he has the power to effectively put any man away if he lands well. Usyk is skilled but is more known for amassing knockout/stoppages by the accumulation of punches rather than executing dangerous haymakers. So, let’s analyse these variables (don’t ya just love that word)

Usyk is clearly the smaller man, who consequently has the lighter punch, which means in terms of his ability to hurt A.J he poses not much of a threat. A.J has been hit by Wladimir Klitschko (formally known as Mr Steelhammer) and bounced back so Usyk has little to no chance in knocking him ‘spark out’ but let’s factor in another variable, technique. Though his power and weight are severely lower than AJ’S. Oleksandr Usyk is the picture of boxing finesse.

AJ conversely has been oftentimes criticised due to a lack of lateral movement and very basic technique. But what does Mr A.J have that maybe makes up for that? Athleticism, resilience and he has been pulled into deep waters by some more top competitors and he came out victorious, so the man knows how to weather a bad storm. He has responded to adapting. He adapted when he fought Ruiz the second time, adapted when he fought Pulev executing his win with a mostly hybridised out boxer/puncher style, his ability to learn on and off the job is second to none.

Usyk for the most part has been the perfect boxer however he too has the ability to adapt. Notice the Bellew and Usyk bout. (Usyk, you lost me a lot of money on that fight pal) Kidding, but no consider the Bellew and Usyk fight, for four rounds Bellew was using Usyk’s primary mode of boxing to fight him,

Usyk being the genius he was noticed that he didn’t have the conditioning to keep it up and found that it was wearing him down, closer to the 6th round Usyk upped the tempo and attacked more, by the 8th he got him. With a decisive hook.

All this was on the job learning, seeing as the man is already a genius of the sweet science, and seeing as AJ has the size, strength and adaptability, how is this one gonna go?

Let us know your thoughts… 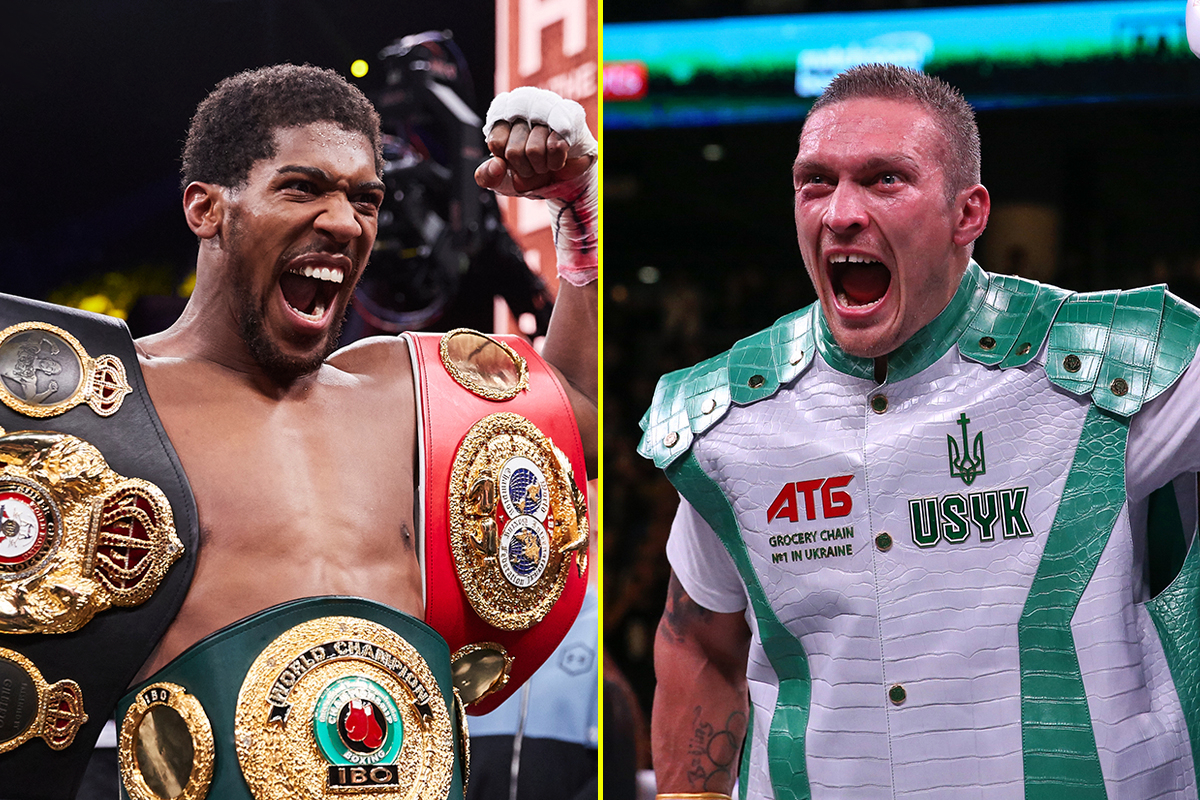