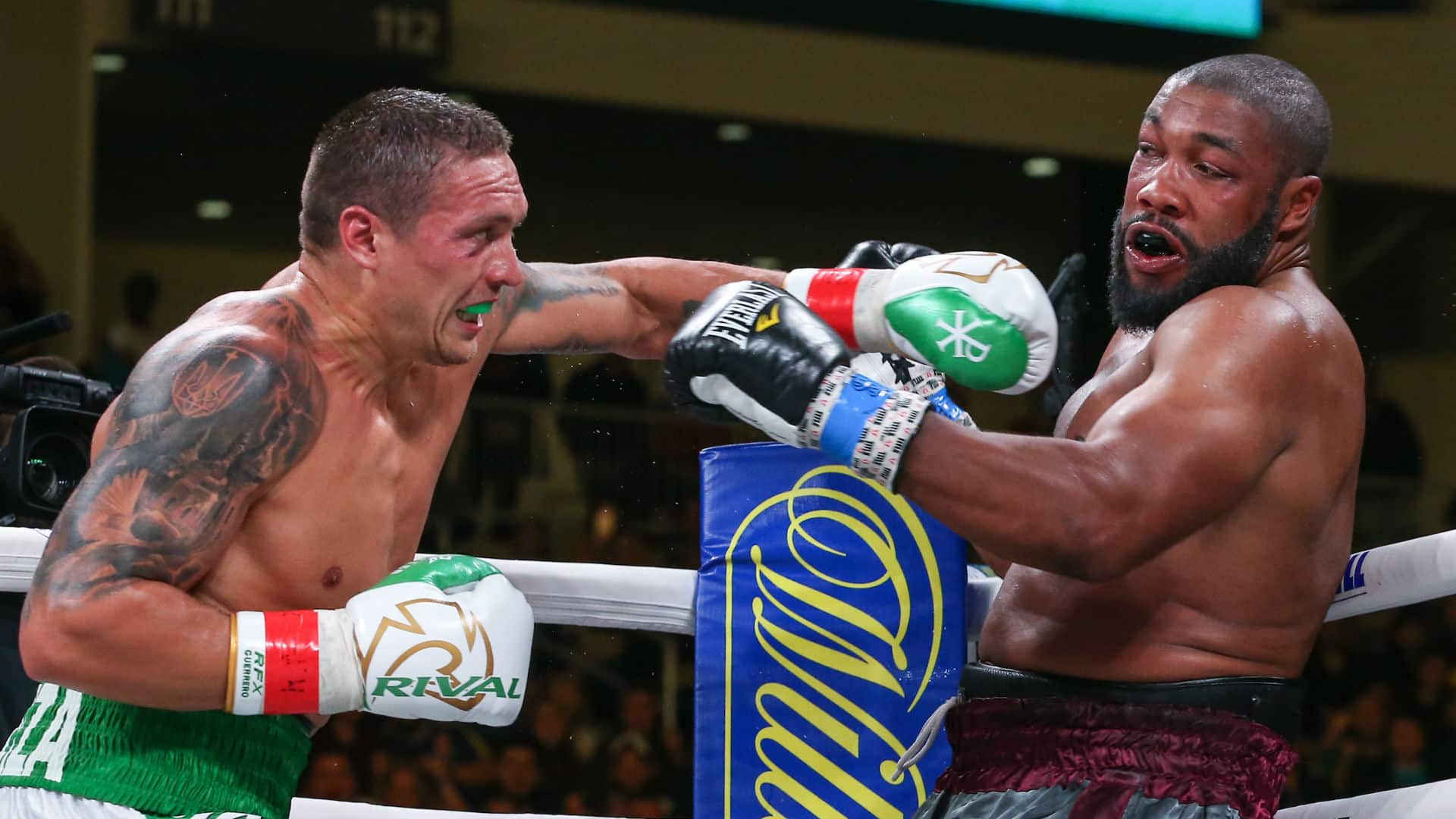 Oleksandr Usyk wants to challenge Anthony Joshua or Andy Ruiz Jr for the world heavyweight title after his seventh round stoppage over Chazz Witherspoon in Chicago last night.

Chazz Witherspoon took the fight on four days notice after Usyk original opponent withdrew from the fight after returning an adverse doping offence, but he certainly did not fear the Ukranian and caught Usyk with an over-hand right in the first round.

Usyk who is known for his superb foot-work and hand speed in the cruiserweight division and that will be his strength moving forward in the heavyweight division, this showed during the fight, He put a lot of pressure on Witherspoon from the second round and onwards. Usyk had his opponent backed up into the corner in the third and fourth round as the American was taking a lot of punishment and Usyk was unloading but the American stood strong.

Usyk was continuing to turn the screw in the sixth round with Witherspoon looking more and more tired as the fight went on, there was much of the same in the seventh round.

Usyk was peppering Witherspoon with heavy shots to the head and body and when they returned to the corner after the bell Witherspoon decided that he had enough and wanted no more, the American’s corner then pulled their fighter out.

After the fight Usyk said he would be ready to take on the winner of the rematch of Anthony Joshua vs Andy Ruiz Jr, Usyk retained his status as the mandatory challenger to the WBO heavyweight title that Andy Ruiz Jr will defend against Anthony Joshua on December 7.

“I am ready to fight them,” Usyk said after beating Witherspoon.

When speaking last week, Eddie Hearn had this to say about both his fighters: “Joshua was excited when we signed Usyk, he was excited to see him in the heavyweight division.

“Joshua saw Usyk a lot in the amateurs and he has never been scared to fight anybody.”

“He will fight for the world heavyweight title in his next fight, if he beats Witherspoon. He wants to jump straight in. He thinks he can beat everybody.

“We’ll never really know until he’s in with the elite of the elite. Those four or five guys, big, big men that can really test him.”

has published a new mt_pp."Mustafa Hassan"
5 hours ago