So it looks like that Lewis Hamilton will be signing an extension of his contract with Mercedes soon. It appears that the contract duration would be just for one year with an option to extend it for one more year. Although the information about the contract will not be made public, rumors state that Lewis Hamilton would have the power to Veto who his teammate would be if Mercedes were to put Max Verstappen in the second seat.

Damon Hill has since then tweeted that he would have done the same if he was in Lewis Hamilton’s shoes. As someone who has followed Lewis Hamilton throughout his career and seen his metamorphosis from the youngster that beat Fernando Alonso to the fearless team leader that defeated the partnership of Sebastian Vettel and Ferrari in 2017 and 2018. And finally, to the mature statesman that hardly ever puts a foot wrong throughout the race weekend, it’s hard for me to believe that Hamilton, of all people, would demand such a thing in his contract.

When the contract signing was delayed and there were speculations around why Hamilton and Mercedes had not reached an agreement, the major sticking points that anyone could think of were money, or the contract duration, or a better work-life balance for Hamilton.
Not many would have expected Lewis Hamilton to make such demands. Especially since Hamilton has been one of the few drivers to openly state that they didn’t care who their teammate was.

Verstappen was able to beat Lewis Hamilton on multiple occasions last year, even when the Mercedes car was leaps and bounds ahead of any other car on the grid. In the last race of the season, Verstappen even showed that he could dominate a weekend if given the right car, just like Lewis Hamilton has done in the previous years. At 36 years old and nearing the end of his career, has Hamilton seen the writing on the wall? Does he feel that it’s evident that Max who is still very young and improving will surpass him soon? Could it be a case that Hamilton doesn’t think he can beat Verstappen in the same car?

The 2016 season was one of the more emotionally charged seasons for Lewis Hamilton. Nico Rosberg was able to stay consistent and close to Hamilton throughout the season and capitalized almost every time whenever Hamilton stumbled. To add to this, there was mental warfare at play as well from Rosberg.

In the end, Rosberg was able to make up for a lack of driving acumen through consistency and keeping up the pressure on Hamilton to win the title. Max Verstappen is arguably a better driver than Rosberg ever was, is Hamilton looking to avoid a repeat of what happened with Rosberg in 2016. a season where he couldn’t perform at the level he was used to?

Lewis Hamilton is now 36 years old. With 7 world championships already in the bag and with the 8th one looking highly likely, he would go down as one of the greatest to have ever done it. But at the same time, when you reach such a stage in your career, your focus shifts from just race and championship wins to something bigger, Your Legacy.

The only criticism that Hamilton has to encounter sometimes is how much of an advantage he has enjoyed in terms of machinery throughout his career. “Anyone would win in that Mercedes” is a phrase that is often used and the fact that Hamilton has Valterri Bottas as his teammate doesn’t help because Bottas isn’t rated that highly around the paddock either.

For the bulk of his championship victories, Hamilton hasn’t encountered too much of a challenge because of the superiority of his car. What if Max Verstappen would step into the Mercedes and beat Hamilton in the same car? That would do nothing but give an even bigger voice to his detractors. At the same time, it would leave a black mark on his legacy where his titles win with Mercedes would be discredited. Does Hamilton want to avoid such an eventuality?

My Take: Fact or Fiction?

Now that we have looked at why Lewis Hamilton might demand a veto clause, in my view, none of these arguments stand ground. Primarily because if Lewis Hamilton was scared of Max Verstappen, he would not be racing in Formula One anymore. He has achieved all that needs to be achieved. 7 World Title, most wins, most pole positions, most points, you name it he has achieved it.

There’s nothing left for him to prove either, especially looking at the way he was able to win the Turkish Grand Prix last year. Lewis Hamilton is the best driver on the grid and he is someone who has openly called out teams for having designated No.1 and No.2 drivers. He hasn’t shown anything that would make you think that his approach or his attitude has changed. So coming to the topic, the rumors of Lewis Hamilton demanding a “Veto” clause in his contract in my view are pure fiction with no truth behind them
​ 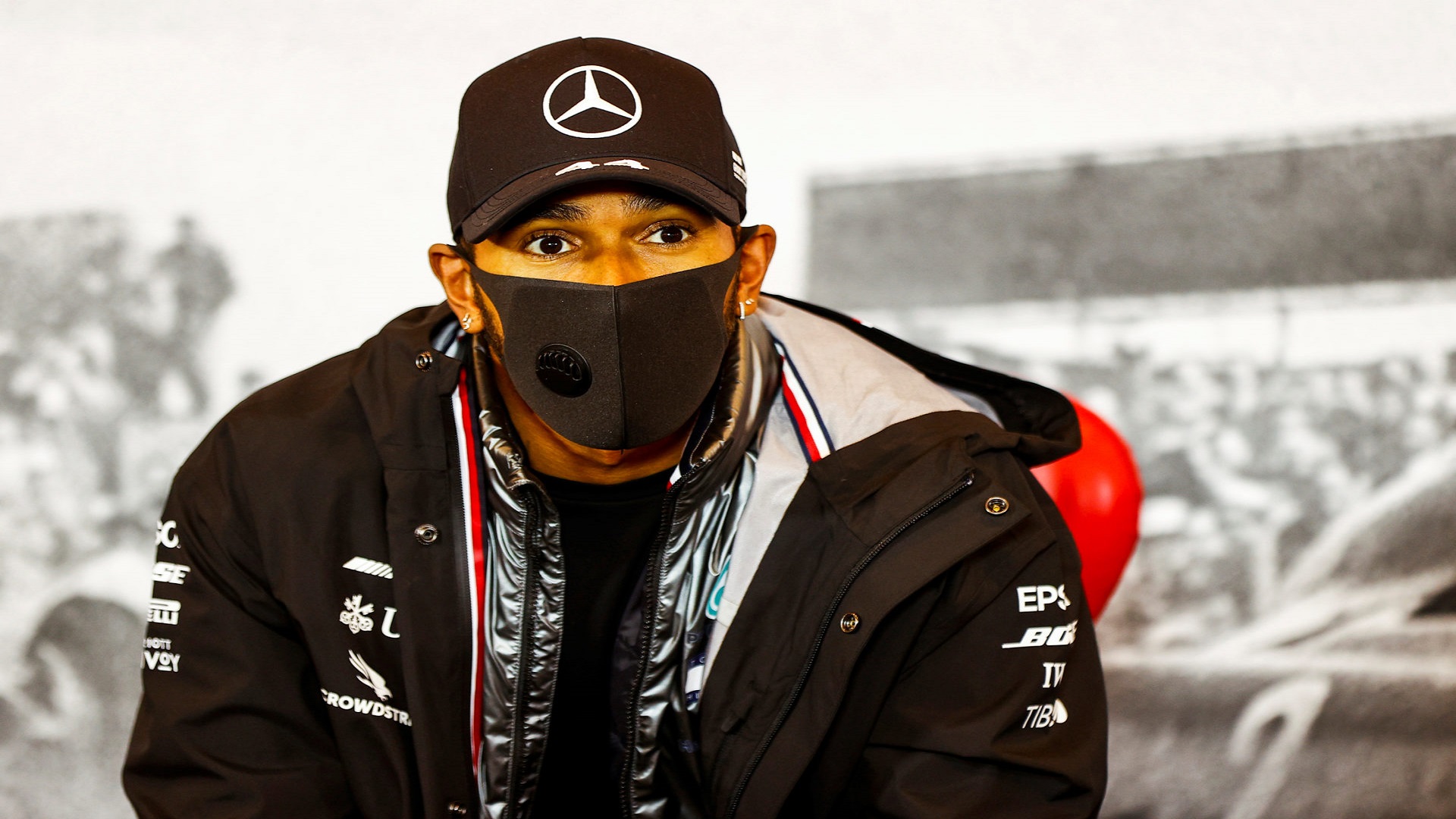