After much speculation, Leicester City has announced the signing of Zambian forward Patson Daka on a five-year deal, with the fee rumoured to be around £23 million. The 22-year-old, formerly of Austrian champions RB Salzburg, has joined a growing list of high profile transfers from Red Bull academies including Sadio Mané and Erling Haaland. The youngster was previously tied to moves to other high profile European clubs, notably Liverpool.

Despite impressing scouts across Europe since his arrival in Austria, many Leicester fans may be unaware of the Zambian’s ability, as the centre forward has yet to enter the English spotlight. How did Daka shine at Salzburg, and what does the signing mean for the Foxes? Can Brendan Rodgers make good use of his new forward to challenge for the Champions League (or more) again?

Salzburg fans must have been panicking in December 2019, when star talents Takumi Minamino and Erling Haaland departed after an explosive Champions League group stage drew the world’s attention. There would prove to be no reason to worry, however, largely due to Patson Daka. After a promising youth career, Daka exploded onto the scene in 2019, contributing 27 goals and 12 assists to help his side retain the Austrian Bundesliga title in the 2019-20 season.

The young forward dazzled with his ability, chiefly his lightning pace combined with the positional intelligence to use it. He could either burst through a defensive line retreating towards goal or convert a final pass or loose ball in the penalty area, leaving defenders questioning how to deal with him.

Patson Daka’s numbers only increased in the following season: 34 goals and 12 assists in the 2020-21 season. There was clear development in the strikers game, threatening goals from a variety of positions and showing improvement with his head. His runs were forcing errors leading to penalties, and he could score penalties as well. RB Salzburg won another convincing title in that season and proved it wasn’t missing its departed stars.

Of course, there were weaknesses to Daka’s game at Salzburg which may carry on at Leicester. For a high scoring striker, his finishing was not as clinical as it could be, with a noticeable amount of scuffed shots in promising positions. This was masked somewhat by the number of chances created by the dominant Salzburg size.

Patson Daka showed signs of improvement in this regard along with the rest of his game over the 19-20 season, but it will need to further improve against the quality defences and goalkeepers of the premier league. A lack of physicality was also apparent, with Daka rarely engaging defenders and instead relying on his pace and touch. Again, the higher standard of defending (and faster defenders) will hamper his ability to do this as easily as in Austria.

What awaits Daka at Leicester? The Zambian will join both a talented attacking roster at City and a manager with plenty of experience with youth players. Brendan Rodgers spent four years coaching the youth setup at Chelsea and has integrated youth well in his managerial posts, often tweaking his systems to match young talent.

We can clearly see this with Kieran Tierney at Celtic, who was allowed to drive high up the pitch from left-back with his teammates adjusting around him. Another example was Raheem Sterling at Liverpool, who slotted into a talented attack well in his breakout season under Rodgers without undermining the roles of Luis Suárez and Daniel Sturridge.

Daka’s skillset – notably his pace and smart movement – are clearly reminiscent of Jamie Vardy. He could do well in the ‘Vardy’ role, feeding off the vertical passes from deep and finishing quicker balls that fall in the penalty area, a system Rodgers tailored specifically for Vardy.

The question of Vardy’s longevity continues to loom at Leicester, and is a noticeable factor in the purchase of Daka. While Vardy continues to perform for the team there is cause for concern – he will be 35 next season and his injury niggles are increasing, particularly a repetitive groin problem. His numbers in front of goal are also in a slight decline, with his goal scoring record in the premier league this season his lowest since Leicester’s title hangover season in 2016-17.

What about the other forwards in Leicester’s squad? Kelechi Iheanacho finished last season in blazing goal scoring form, thriving as Rodgers went from a one striker system with Vardy to a two striker system, combining him with Iheanacho. The complementary style of the two forwards and Kelechi’s success under this system means it is likely that Rodgers will at least attempt this system with Daka and Iheanacho. Daka had the ability to find teammates at Salzburg and could do so again here.

James Maddison and Youri Tielemans will also be important players for Daka, feeding him with the through balls and intricate passes that will prove his best chance for goals. Maddison in particular is an excellent passer with a wide passing range who can find Daka’s forward runs, or use him as a decoy runner. Maddison and Vardy have an excellent relationship at Leicester and this should be an inspiration for him at his new club.

Minutes on the pitch will be vital for the Salzburg star to develop and he will need to learn Rodgers system and earn his trust before starting in important games. Fortunately, the long season ahead will provide plenty of opportunity despite the competition from the first team. Expect to see Daka feature in league cup and Europa League games as Rodgers manages the fitness of his attackers across a long season.

Daka has already performed in the Champions League with Salzburg so Europe shouldn’t daunt the forward. He will also be the first to benefit from any injuries in the forward line, and Iheanacho will likely miss games due to AFCON next year

There is clearly a lot for the foxes to be excited about with Daka’s signing, but with every transfer comes an option not taken. For Leicester, the purchase of Daka almost certainly means that Celtic striker Odsonne Edouard will remain in Scotland after heavy links from the midlands club.

Another young option with an excellent goal record, Rodgers had prior experience with Eduoard at Celtic and clearly rated him, paying £9 million for the Frenchman after a successful loan spell. Any hopes Rodgers had on splashing the cash for him again at Leicester were thwarted as the club was priced out by the additional cost of paying his old club, Paris Saint-Germain.

Eduoard has shown outstanding quality at Celtic, thriving under two very different styles of play – in Rodgers’ own possession based system and later in Neil Lennon’s less successful direct system. He is a player who likes to get involved in silky movement and build-up to pull defenders apart, and is also a very clinical finisher. His profile is very different to the much more direct Patson Daka.

Before Leicester fans get too jealous, the current situation may well suit all parties. Daka’s numbers far outshines Eduoard over the 20-21 season, and Daka is more suited to Leicester’s current system, with his ability to slot into Vardy’s role. Leicester is already a team blessed with creative options and their priorities should be elsewhere, with a striker that leads the line. Eduoard is certainly not short of suitors aside from Leicester and will find his move eventually, and the extra year in Scotland under a new manager will surely help his development.

We have seen what Leicester’s latest transfer means for both Daka and the foxes. A stunning player at Salzburg, Leicester fans will watch the development of the Zambian with great interest as he settles into the new league. There is no certain, easy road for Daka here, as he will need to adapt quickly and improve on aspects of his game that were less than stellar in Austria.

He will have the help of a top coach and a top striker to understudy from however, and has shown the potential to thrive in the system Leicester uses. If he matches the development of similar Red Bull stars such as Mané, the £23 million spent on Daka may soon look like quite the steal. 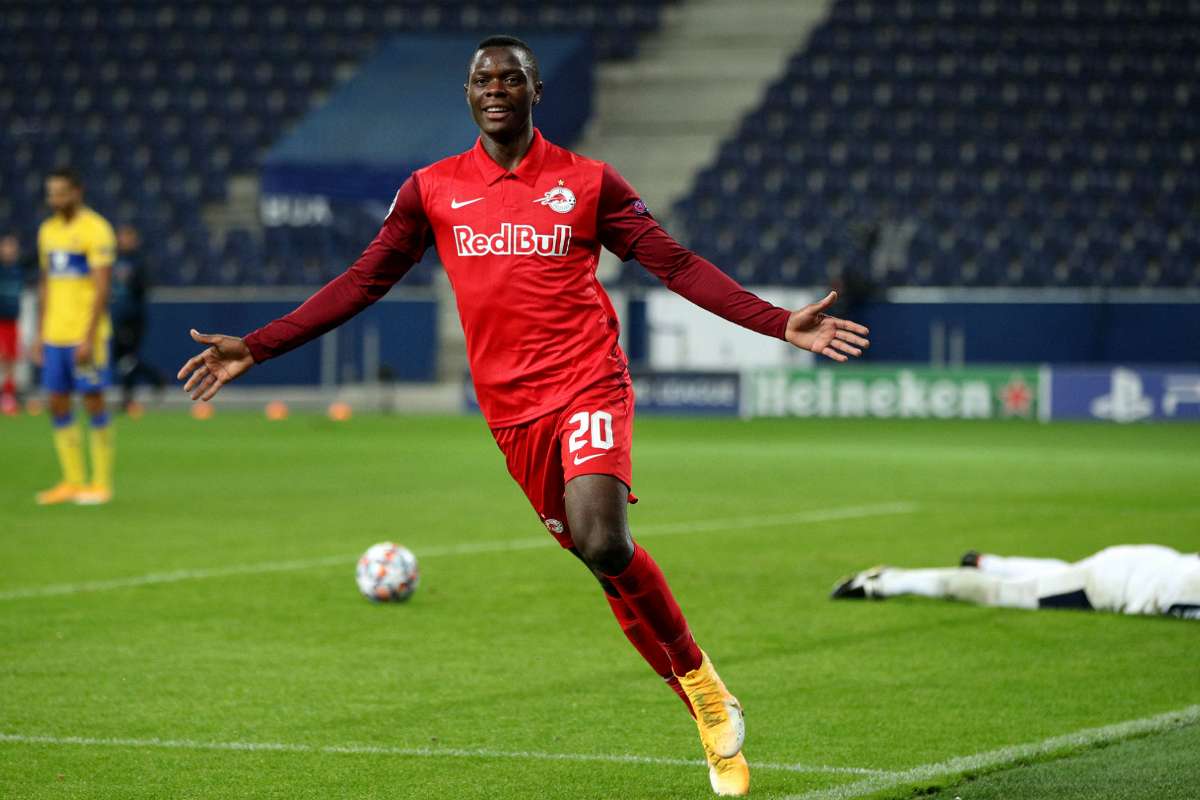