India posted a mammoth 213 runs on the board after losing the toss the second time in the row, the Irish won the toss and opted bowl first. India also decided to experiment with their batting order, Skipper Kohli opened with KL Rahul and Rohit Sharma was pushed down to number 4 .

But India didn’t start off too well, in the 2nd over Kohli was out after scoring just 9 runs. Kohli went for a half-hearted pull shot which spooned up in the air and Dockrell made no mistake. Suresh Raina came in at the number 3 position again, but this time he made full use of chances. He rebuilt the innings with KL Rahul and gave India much-needed momentum.

Suresh Raina and KL Rahul were batting very well, they kept the scoreboard ticking over with fours and sixes. There was some lovely shots hit by Raina and Rahul which was a delight to watch. KL Rahul continued his rich form from the IPL 2018 season and Suresh Raina batted as if he owns the number 3 batting position in T20 internationals.

Rahul and Raina built a partnership that took the game away from Ireland, due to this partnership the hosts were seen in the mess again. The partnership of 106 set the tone for a huge score.

K L Rahul looked good for a hundred but was dismissed by Kevin O Brien for 70 runs. It was an easy caught and bowled catch which Kevin took with ease. Rohit Sharma failed to impress at the number 4 position, he fell soon after Rahul’s marvellous innings.

Manish Pandey was the next batsmen in, he batted with Raina for a decent amount of time. Raina was seen in great touch, he scored his much-needed T20i fifty, but he again he stayed till the end, he was out on 56 runs. India required some finishing touches towards the end, it was Booom Boom Pandya who played an extraordinary knock that took India to a great score.

Pandya blossomed in the end, he banged the Irish bowlers in the last two overs. He scored 32 runs from just 9 balls which helped India to score more than their 1st match. In the end, India scored a mammoth score of 213 runs in their allotted 20 overs.

The Irish bowlers were not spared this time too, this was the only first time that India has scored 200 runs in consecutive games. Even though Kevin O Brien bowled well but the others leaked runs. Kevin O Brien took 3 wickets and Peter Chase who impressed in the 1st game didn’t bowl that well, he took just 1 wicket to his name and Ireland also conceded more extras which helped India in the end.

It was a poor display from the hosts, Ireland was troubled by Kuldeep Yadav and Yuzvendra Chahal troubled the Irish men again. It was a disastrous performance with the bat for Ireland, the new bowlers from India ripped off the top order and then the 2 wrist spinners finished off the game in style.

Due to the great Indian bowling, Ireland was bundled out for just 70 runs in 12.3 overs. Only 4 Irish batters scored runs in double figures and the rest were out cheaply. The Indian bowlers bowled so well that the Irish scorecard looked like a phone number.

For India, it was a collective effort that earned them this biggest win in T20’s. Kuldeep Yadav and Yuzvendra Chahal took 3 wickets each with Umesh Yadav took 2 wickets and Siddharth and Hardik Pandya took 1 wicket each to their name.

India won the second T20 international by 143 runs and also win the Natwest trophy by a 2-0 margin. Man of the Match award was given to KL Rahul for his fluent knock of 70 runs. 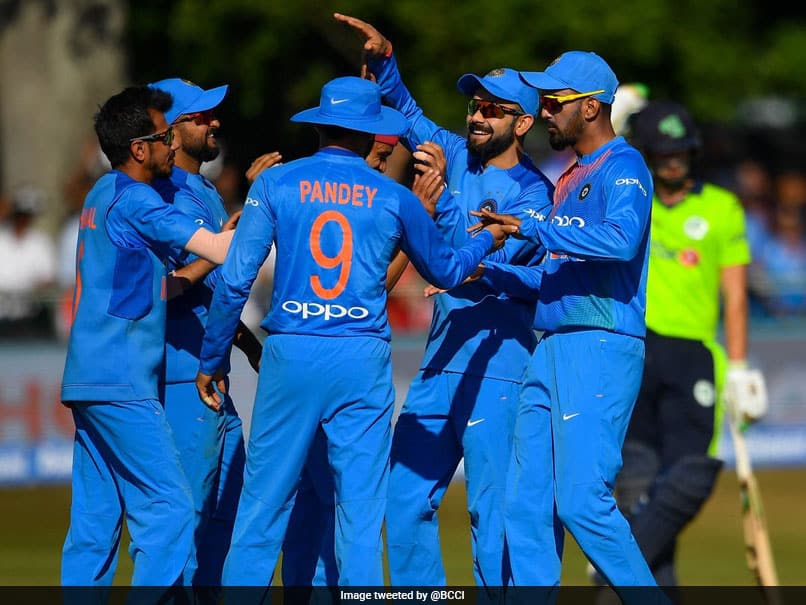