PSG and France midfielder Aminata Diallo has been taken into police custody after allegedly engineering an attack on teammate Kheira Hamraoui.

French daily L’Equipe reported on Wednesday that Diallo was arrested after fellow midfielder Kheira Hamraoui was attacked in the street by two masked men on Thursday, November 4.

That evening, Diallo reportedly drove Hamraoui home from a dinner organised by PSG. Two men masked in balaclavas appeared, dragged Hamraoui out of the car, and hit her legs repeatedly with an iron bar.

The attack allegedly lasted several minutes before the assailants fled. Hamraoui was taken to hospital in Poissy, where she was given stitches in her hands and legs.

ALSO READ:  How Was Conte’s First Game In Charge?
Embed from Getty Images

The 31-year-old Hamraoui was subsequently unable to play for PSG during their 4-0 victory against Real Madrid in the Women’s Champions League match yesterday whereas Diallo was in the starting 11.

It has been alleged that Diallo may have engineered the attack on Hamraoui as both stars play in the same position. Both players also compete for the same spot on the national team. Hamraoui, a former star for Lyon and Barcelona, was called up to the French national team in October. When a calf injury forced her to withdraw, Diallo was brought into the squad instead.

In a statement, PSG condemned the attack on Hamraoui and noted the arrest.

“Paris Saint-Germain takes note of the police custody this morning of Aminata Diallo by the Versailles SRPJ as part of the procedure opened following an assault on Thursday last night against Club players,” the statement said.

“Paris Saint-Germain strongly condemns the violence committed. Since Thursday evening November 4, the Club has taken all the necessary measures to guarantee the health, well-being and safety of its players.

“Paris Saint-Germain is working with the Versailles SRPJ to shed light on the facts. The Club is attentive to the progress of the procedure and will study the follow-up to be given to it.”

Diallo, who has been capped seven times for France, joined PSG in 2016 and has made more than 60 appearances for the club.

She spent time on loan at Atletico Madrid last season. 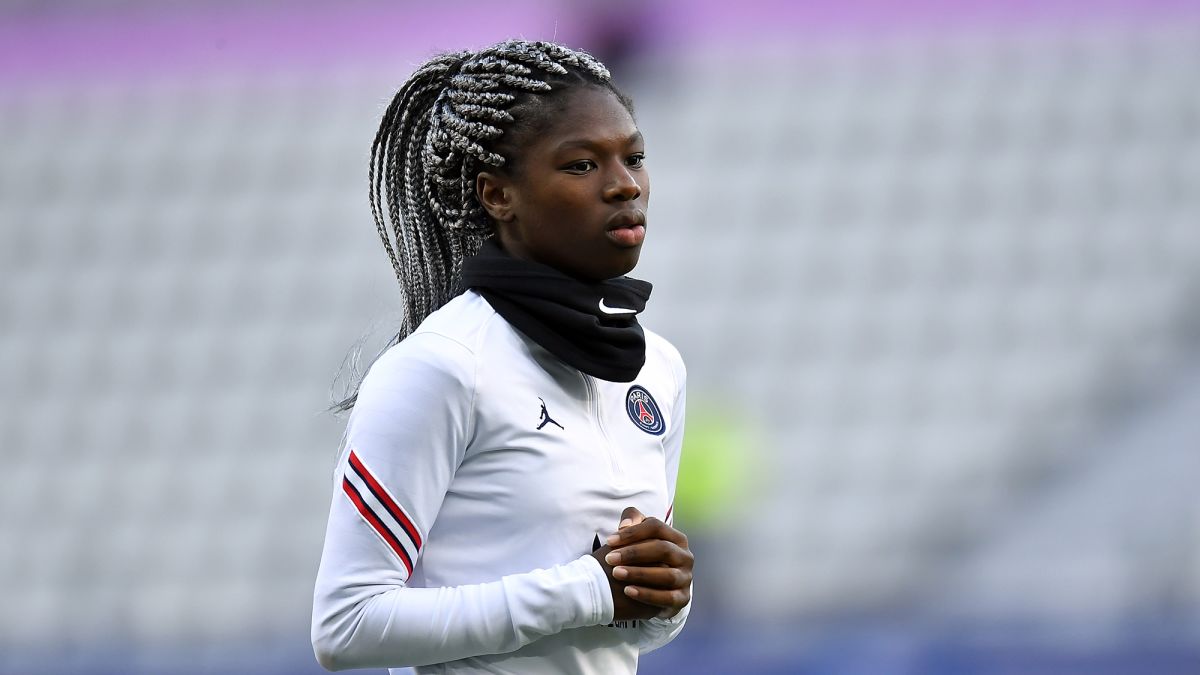