Heading into the Pre-Season there were 7 (allegedly) Quarterback positions up for grabs. While we are aware of who won most of these battles, many questions still linger as to if the right decision was made. A slew of headlines has been birthed out of the results, whether they be Cam Newton getting cut or Gardner Minshew getting traded. Now is the perfect time to weigh in on these decisions, before the season begins and after the initial headlines have settled. So without further adieu, let’s get started.

The narrative was that Cam Newton was the Patriots starter at quarterback and that Mac Jones was going to take the season to learn behind him. Early on, some were even bold enough to say that Belichick never really wanted joins and that was hoping Fields would fall to there. Going into training camp, Belichick even made it clear that Cam was the guy and that this season was going to be used to develop Mac.

Then, training camp began and one video after another emerged, showing Mac nailing targets that Cam was missed. Many began to question if Newton was the answer and started to believe in Jones. Bill, known for withholding info but never misleading, held first to his stance.

Training camp came and went and the pre-season began. Meanwhile, Jones continued to turn heads, and he caught his coach’s attention. Enough so, that between the 2nd and 3rd weeks of pre-season, Belichick began to change his tone. Then, when he was asked who would be the week one starter, he answered by saying that the decision had not been made yet. Mac Jones went out there and proved the job belonged to him.

While waiting for Mac to be declared the starter, we got our answer with a completely different headline: Cam Newton was cut! Thus, Mac Jones was declared the Patriots’ week one quarterback.

This battle was a hard-fought and well-deserved victory for Mac Jones. He beat Cam in both training camp and the pre-season, and one could even argue he displayed more maturity than Newton as the story reached its conclusion. Mac Jones earned it.

When Taysom Hill signed a deal worth $140 million, I and many others said there was no way the Saints would give that money to him if they didn’t plan on making him the starter. Then, they brought back Jameis Winston on an incentive-laden, $12 million, one-year deal. Many realized this was going to be a battle.

Or was it? The truth is that the Saints would benefit so much more if Winston were to win the starting quarterback job. Taysom as the starter has Winston reduced to a bench role with little more value than a QB2. With Jameis as the starter, Hill becomes a vital part of both the Saints offense and special teams. Many felt the contest was rigged.

ALSO READ:  Super Bowl 57 It’s on The Final Countdown: Which Teams Will Get There?

With that said, Jameis still earned the job. Was it easier for him to win it than Taysom? Most certainly. Did he exceed expectations and win the job regardless? Most definitely. Granted, some of the credit needs to go to Marquez Callaway, who made Winston look even greater with his two brilliant touchdown receptions. All the same, Jameis deserves to be the man in week one.

When I heard that the Broncos traded for Teddy Bridgewater from the Panthers, I didn’t even question if he would be the starter. I have already seen enough of Drew Lock to designate him as a career backup/journeyman, but apparently, the Broncos saw it a different way.

This might be because Bridewater’s 2020 season as the Panthers’ starter was less than spectacular. I am willing to give that a pass for multiple reasons. None of these reasons is more relevant than the loss of Christian McCaffrey, who the Panthers’ offense literally ran around. Add in him learning a new system in a COVID negated off-season and the talent he showed filling in for Brees in 2019, I feel Teddy got a rough deal in Carolina. Their loss, Denver’s gain.

Many thought this quarterback battle was rigged against Lock from the start. I am not going to argue that one way or another. I will say this though: who cares, it should never have been a battle. And even if it should have been, Bridgewater did enough to win the job.

Bridgewater excelled in the second pre-season matchup versus Seattle, playing near-perfect while leading Denver on a touchdown drive. He hit his final stride in their third pre-season game, as he formed an ever-valuable connection with the Broncos’ top receiver, Courtland Sutton.

Teddy Bridgewater won this job fair and square, regardless of whether or not the playing field was level. He proved he was the man to lead the Broncos from the moment he was signed.

It is extremely clear now that this job was always going to be Andy Dalton’s. Matt Nagy insisted from day one that Dalton was his starter. Dalton reaffirmed that by talking about how Fields’ future was amazing, but it was “my time now.”

The narrative never changed. After an amazing first pre-season game from Justin Fields, Nagy insisted Dalton was his starter. After a poor performance from Andy in the second pre-season game, Nagy said he would be resting Dalton in the third matchup…in preparation for his week one start. Yesterday, he clarified yet again, that the Bears would be rolling with Dalton. Why are we surprised?

We shouldn’t be surprised though, he told us exactly what he was doing. Nagy’s doing the same thing he did with Mahomes in Kansas City. He held Patrick out his first year and both the Chiefs and Mahomes benefitted from it. Heck, it was that move that landed him this job with the Bears. Isn’t it ironic that pulling the same maneuver with Fields may cost him his job?

Andy Dalton was given this job. Period. He did not earn it, nor does he deserve it. Matt Nagy and the Bears organize will suffer the consequences of this decision if it is not rectified sooner than later.

It’s hard to call this quarterback battle decisive when it concluded the way it did. Jimmy G may be the starter, but Trey Lance will be getting plenty of snaps. There are packages designed for Lance, he will probably see some playtime in week one. Some have even gone far enough to call it a platoon. Really, this has turned out to be a perfect scenario for genius Kyle Shanahan to exploit.

Add in that Trey Lance injured his finger earlier this week, and the 49ers had an excellent excuse to run with Jimmy G in week one. They don’t have to face the facts that Lance is ready to start after displaying a strong pre-season. They don’t have to address Lance outplaying Jimmy G throughout those games and joint practices. This perfect storm allows them to give Lance more time to develop, while both appeasing the fan base and limiting media backlash.

I’m not going to be as harsh on Jimmy Garopolo, Kyle Shanahan, or the 49ers as I was on the Bears, but let’s be honest, Trey Lance earned this job. This “perfect storm”, however, buys them some time to avoid harsh criticism. Time will tell.

The Other Quarterback “Battles”

I get it, Urban Meyer wanted Trevor Lawrence to feel like he had to earn the job but did anyone really believe that Gardner Minshew was starting week one? I doubt even Lawrence or Minshew bought into that narrative. The only thing that made it even plausible was that T-Law didn’t start the pre-season hot.

After all, Lawrence was only completing about half his passes through the first two pre-season matches. Yes, there were flashes of brilliance throughout those games, but he really didn’t lay his claim to the job until his strong, third outing.

With that said, T-Law was declared the starter before the third pre-season game, proving the whole “battle” was a farce. As it should have been. A 1-15 team doesn’t draft a quarterback number one overall if they don’t intend on rebuilding with that player at the center. After all, there is nowhere to go but up from there.

I will add this, however, Gardner Minshew would not have been traded away if Lawrence did not prove himself in the pre-season. So, there was a competition of sorts with the quarterbacks on this team, just not the one that was advertised.

At the point in time when Fitzmagic was signed by the WFT, everyone knew he was going to be their 2021 starter at quarterback. Yet, apparently, the WFT did not officially declare him as their starter until late last week. So, I guess there was some sort of a quarterback “battle” happening.

No one knew about it. No one was talking about or reporting on it. Rivera never said there was a quarterback battle. I guess it was against Taylor Heinicke? But who really knows. This whole non-story is bizarre and probably not worth the time I am spending on it. The truth is, I am only sharing it because I want you to feel as weirded out by it as I felt when I heard it.

I get it, Zach Wilson wasn’t in a quarterback battle and thus he should not be included in this article. But I talked about the other four rookie quarterbacks drafted in the first round, therefore it only seems natural that I should talk about him.

If he was in a quarterback battle he would have won the job. One could easily argue that he had the best pre-season among the big five, proving his worth to Gang Green time and time again. With that said, I do need to clarify that I am not looking to overhype the Jets nor Wilson based on a few pre-season games, just stating that I believe Zach deserves to start and he wasn’t just thrown into it.

The quarterback battles are finished, rosters are being finalized and we are all ready for the NFL season to begin. It is fun for us to share our opinions and speculate, but in the end, the teams, their coach, and GM determine their final fate. It’s good to know, however, that this off-season culminates in just 7 short days when Dak Prescott and the Dallas Cowboys head to Tampa for a showdown with Tom Brady and the Super Bowl Champion Buccaneers. I hope all of you enjoyed this off-season as much as I did. 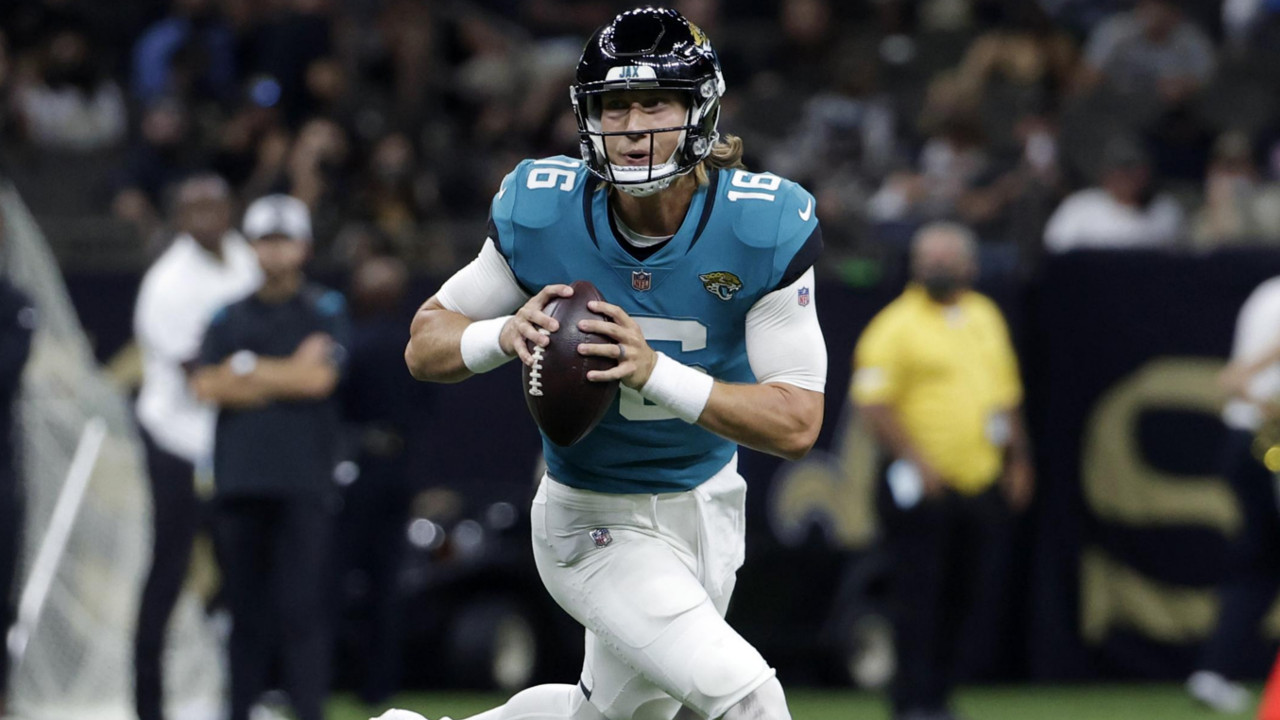