Free agency has not even been open for a full three days, and yet the landscape NFL has already begun to change. Some teams are splashing into free agency signing one name after another. While others have used free agency to pick up a few quality targets. Still, a few teams have not even begun to swing in the free agency waters yet.

Many new front offices wish to demonstrate their worth to their new teams and prove they earned their titles.

Here’s a quick glance at the five teams I believe are winning free agency thus far.

Ryan Fitzpatrick comes in from free agency and makes both an immediate and future impact. Fitzmagic enjoyed a strong season with the Dolphins last year and has had success in the many places he’s gone. More importantly, he’s a great mentor for younger quarterbacks, and Washington has Taylor Heinicke on the bench, ready to learn. Check out some of his 2020 highlights:

Fitzmagic joins an offense that could be considered inept last year and gives it instant credibility. He’s not the only significant piece that Washington added on offense, however, they also added a solid WR2 in Curtis Samuel, through free agency. Samuel gives them a versatile weapon who can literally line up anywhere on the field.

Add this to the re-signing of G Brandon Scherff and the depth addition of Lamar Miller, and Washington’s offense is suddenly starting to look like a decent if not good unit.

That was not the end of their free agency exploits, however, as they added to an already stud defense. They bring back their full monstrous defensive line from last year, but now they have a great shutdown corner to go with their secondary. William Jackson, who was brought over in free agency, will make an immediate impact, as he gives up just over 2 receptions a game.

Washington took one of the worst offenses in the NFL and made it respectable, and improved on one of the NFL’s best defenses during this free agency period. And they did not mortgage the future doing it, but rather left themselves open for success.

The Browns fit the mould of a team that did more by doing less. Cleveland is already bringing back most of the team that got them a playoff victory last year, so any quality adds in free agency will be that much more impactfully. Not only were they able to fill one of their biggest needs, but they were also able to fill it with a young superstar.

John Johnson III came to the Browns in this free agency period, drastically improving their secondary and defense as a whole. Johnson is easily one of the top 5 safeties in football when healthy, and is strong versus both the run and the pass. Combined with Aaron Donald, he was one of the reasons Ram’s D was so dominant. Here are some of his 2020 highlights:

The Browns D now has someone to punish quarterbacks for throwing it up when Myles Garrett is in their face. Garrett didn’t just get help behind him, however, the Browns also hit free agency for help on the line with him. Tak McKinley joins a DL that already put a fair amount of pressure on the quarterback, and makes them one of the stronger defensive lines in the NFL.

With these moves in free agency, the Browns covered their only real weakness and built one the NFL’s stronger defenses. In addition to this, they were able to re-sign Rashard “Hollywood” Higgins, one of Baker Mayfield’s favorite targets.

The Jets have a long way to go before they can be considered to be in any contention, however, what they did in free agency was a step in the right direction. So far, New York has been able to bolster a decent WR core, get a much-needed pass rusher and secure the LB position. The thing that is probably more impressive is the fact that they still have more than enough salary cap for other big moves.

The Carl Lawson acquisition in free agency is the move that probably made the biggest difference, being that the Jets have sorely missed an elite pass rusher for the longest time. Lawson enjoyed a brilliant breakout season in 2020 and has the tools to be even better with more reps. He gives credibility to a DL that had little outside of Quinnen Williams.

New York added to their rising WR group by signing Corey Davis from free agency. Davis brings his big play potential from the Titans to join Jamison Crowder and Denzel Mims. Whoever the Jets quarterback turns out to be this season, they will surely have enough weapons to throw the ball to. Here are some of Davis’ 2020 highlights:

Jarrad Davis joins the Jets bringing some depth to their LB unit. Davis is more of a flyer for potential then a proven commodity, which made many Jets fans question why he was their first signing in free agency. I personally, find two things very interesting about him.

The first thing is that according to next-gen stats Davis is the 12th best coverage LB in the NFL. The second is that he will be playing alongside CJ Mosley, who has historically allowed those starting next to him to bloom into their potential. This deal could end up being a steal for Gang Green.

The Jets have been plenty busy, but still have a long way to go. They have had many other subtle yet significant additions like Justin Hardee, an incredibly strong special teamer, that point to them heading in the right direction. On top of it, they still have more than enough assets to make this a truly incredible off-season.

I get it, how could I rank a team that allowed Jonnu Smith and Corey Davis to leave in free agency so high on a list about free agency. Easy. I’m not trying to argue that their offense didn’t take a hit, I’m trying to prove that the team is better overall.

As dynamic as the Titans offense was last year, their defense often allowed other teams to stay in the game. Too many times a late run by Derrick Henry was the difference. They really needed to improve their defense, and that they did.

Tennessee hit free agency with urgency, and as a result, we’re able to put together a pretty impressive DL. One move in particular really caught my attention. Denico Autry coming over from the division rival Colts. Autry destroyed the Titans in week 10 last year and was the focus of my first World in Sport article: Week 10 TNF, IDP Awareness: Colts DT

Adding Autry and Bud Dupree to a line that already featured Harold Landry was a huge upgrade for the Titans D, but adding Janoris Jenkins at CB really makes them a strong defense. Jenkins combines strong tackling, tight coverage and big play ability and is one of the most exciting corners to watch in the NFL. Here are some of his highlights:

In the end, the Titans offense sill has Henry, Ryan Tannehill and AJ Brown, and their defense is significantly improved. This free agency period has treated them well.

The Patriots entered free agency with a lot of needs and went crazy. They signed anyone and everyone, and when they were done they signed a few more. I’m not saying they sacrificed quality for quantity, but they certainly focused on quantity more. I do wish to clarify, I believe they did well in free agency, I just can’t remember the last time a team added this many free agents and were successful.

Matthew Judon headlines the defensive additions as he comes over from Baltimore in free agency. He brings immediate impact with his skills as a pass rusher, as one of the more consistent edge linebackers in recent years. Here are some of his 2020 highlights:

Judon joins Jalen Mills, Davon Godchaux, Kyle Van Noy and more who signed in free agency, in hopes to return the Patriots to the unit that dominated the league before the 2020 season. Time will tell if all of these pieces gell together, but on paper, it looks like it could head that way.

The Pats also attacked free agency on the offensive side, getting plenty of weapons for Cam Newton to prove himself in year 2. The biggest upgrades came at TE where they added not only the rising star Jonnu Smith, but also the proven commodity Hunter Henry. This might not be Gronk and Hernandez, but its as good as any team has had since they were paired.

How could two of the Patriots’ top reported free agent acquisitions help ignite the offense in 2021?@pfwpaul takes a closer look: https://t.co/wq7cTbO4U8

In addition to the TEs, the Pats also blostered the rest of their offense in free agency. This signed pro bowl OT Trent Brown to help keep Cam upright and added Nelson Agholor and Kendrick Bourne amongst others to give him a few more weapons. I certainly wonder if they sacrificed some of the quantity could they not have signed a Juju or Golladay instead?

Overall, the Pats dominated the first two days of free agency. A lot of it relies on Cam being the key and Bellichick being able to make everyone work together. We’ll see how the big picture turns out, but for now the future is full of promise.

The Bucs haven’t made a huge splash as far as signing new players during free agency, but they did just resign Shaq Barrett and Gronk. It has been an impressive off-season for them in that they have been again to retain most of the key players from their championship team. https://worldinsport.com/super-bowl-lv-bucs-shut-down-chiefs/

The 49ers re-signed several key members including FB Kyle Juszczyk and LT Trent Williams during free agency. They also added to their already strong lines with Samson Ebukam joining the defense and Alex Mack coming in at center.

The Chiefs needed to revamp their offensive line in free agency in order to keep Patrick Mahomes safe. They did that by adding Joe Thuney and Kyle Long.

The Vikings D costs them several times last year, so what do they do? They go out in free agency and pick up lockdown corner Patrick Peterson and a strong DL presence in Dalvin Tomlinson.

Check back for more as these stories develop! 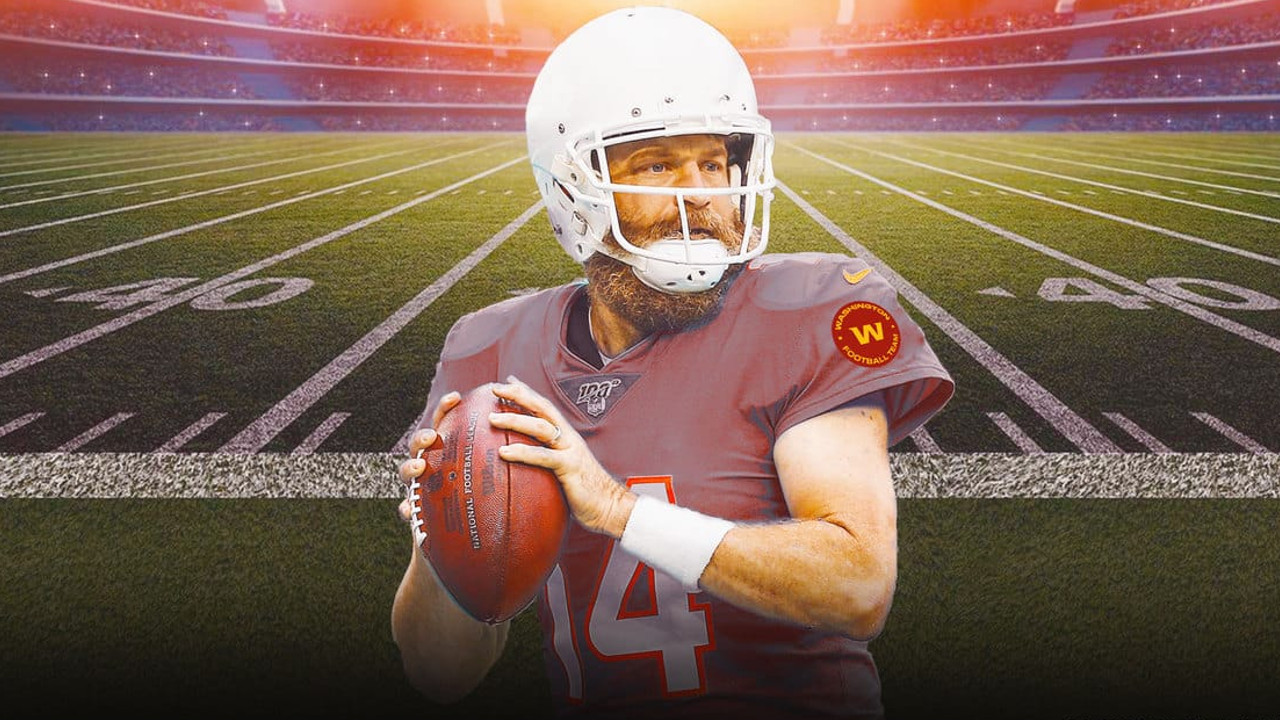