A delegation of directors from Barcelona embarked this Wednesday towards Qatar, where they intend to close the signing of Xavi Hernández for the position of coach of the first team of the Blaugrana.

According to Catalan radio RAC-1, negotiations with the Al-Saad coach are at a very advanced stage, to the point where Barcelona’s Vice President Rafa Yuste, and Football Director Mateu Alemany, have left for Qatar to seal the deal with the Qatari Stars League side.

The Catalan broadcaster published on social media a photo of the two Barcelona officials at El Prat Airport, about to board for Doha, on a trip that took place without President Joan Laporta, who was accompanying the team on the Champions League clash against Dynamo Kyiv.

Some reports reveal that the last details for Barcelona to officially agree on a deal with Al Sadd, Xavi’s current club are being completed, as the Catalans will pay the Spanish coach’s £5,000,000 release clause in his contract which still has two years left to run.

For now, after the resignation of Ronald Koeman, Sergi Barjuan, the current boss of Barcelona B, has been in charge of the team. According to the Catalan press, he will still be sitting on the bench against La Liga side Celta de Vigo, even if Xavi’s signature as new boss is already completed.

About the negotiations with the former Blaugrana player, the Spanish newspaper Sport said that the official announcement of the signing of Xavi Hernández should take place between Thursday and Friday, and the presentation will take place next week in Barcelona’s premises.

The 41-year-old Spaniard, who defended over 700 times his beloved club as a player, is set to take the wheel at Barcelona for the first time on a highly anticipated match against fierce rivals Espanyol on November 18.

After the international break, Xavi Hernández will be responsible for trying to reverse Barcelona’s delicate situation and poor performances in all competitions this season, with the LaLiga giants standing in ninth place, with nine points off the summit of the Spanish top-flight after three consecutive games without winning.

The Catalans’ possibilities of reaching the Champions League last-16 were raised by back-to-back victories over the Ukrainian side Dinamo Kyiv, with wonderkid Ansu Fati in the spotlight. The next match against Benfica at Nou Camp can be extremely decisive when it comes to their knockout fate, as the objective is to finish the group stage with a hard-fought second place. 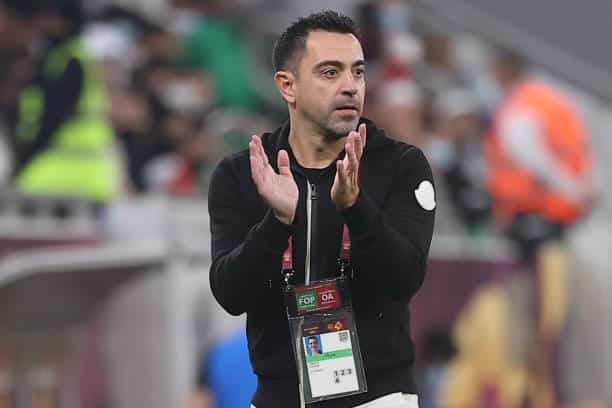