Closing out the most successful year in Real Madrid’s history, the team won their 4th trophy in 2014 in Morocco.

The team, led by Carlo Ancelotti, successfully won the UEFA Champions League in May. Fans who watched that championship match and the one in Morocco were sure to see similarities. Real Madrid effortlessly defeated San Lorenzo to continue their 22 match winning streak.

Madrid’s fans were skeptical coming into the season, given their performance in 2000 at the Club World Cup. Now, with the trophy secured, it will be on prominent display at the team’s headquarters in the Santiagao Bernabeu display case.

After winning, Ancelotti said that he felt like the victory was the perfect close to an unbelievable year for the team. Ancelotti, who won a Club World Cup back in 2007 with Milan, is now part of an elite club to be a world champion twice in his career.

While victory was sweet for the men, Ancelotti said that he’s already planning what’s next for the team. He admires their dedication and hopes he can use their stamina to replicate the teams’ successes again next year.

Testament to Real Madrid’s versatility on the football pitch, the team’s star player Cristiano Ronaldo never connected with the net during the 4-0 defeat of Cruz Azul. A defender took the burden of winning upon himself and scored the decisive goals in both the Cruz Azul and San Lorenzo games.

Awarded with the Golden Ball Award from Adidas, Sergio Ramos deserved all of the praise he received for the last-minute equaliser he scored in the Champions League Final. His ability to position himself on the field in the semi-final and final matches and score game-changing goals shows that he’s still a force to be reckoned with on the football pitch.

ALSO READ:  Premier League: With only a month left of the Summer Transfer Window, which area does each 2022/2023 Premier League team need to improve? (Part 1)

Real Madrid are now tied with Milan for holding the record of four total World Cup and Intercontinental Cup victories. After a disappointing year in 2000, Iker Casillas is the only remaining player from the 2000 team to live to see Real’s return to greatness. Cristiano Ronaldo also has reason to celebrate; he is one of the few players to win a World Championship trophy with two different teams. Ronaldo won in 2008 with Manchester United and has now won with Real Madrid.

San Lorenzo’s players, interviewed after the defeat, said that they knew they’d be going up against some of the best players in the world and are proud of how well they were able to hold themselves during the match. They admitted to some mistakes on the field and said that it was these mistakes, which ultimately led to Madrid’s scoring, that cost them the game. They hope to correct their carelessness in future matches.

Although the tournament in Morocco is over, fans can still find here tickets for Champions League. Scheduled for June 6th in Berlin, the 2014/2015 Champion’s League final has high expectations from football fans.

As usual, fans and club members of the competing teams will be awarded the highest number of tickets and those not associated with the playing clubs will be directed to secondary ticket markets. Tickets through UEFA are not going to be sold as a “First come first serve” basis, but instead will be sold through a lottery, where applicants will be randomly selected from a pool and a limited number of tickets will be awarded to each winner.

Quarter finals for the tournament will begin in late April and the semi-finals will be held in May. Teams qualifying for the draw-qualifiers will play in late March and early April for a chance to compete. 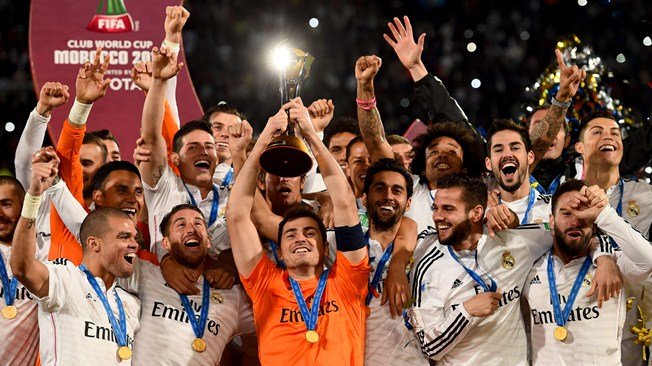