Carlos Tevez is the newest in a long line of legendary Bianconeri number tens. Before him came Del Piero, Baggio, Platini and Boniperti, tough acts to follow to say the least. However the Argentine has gained the affection of Juventus fans around the world and in his second season with the Italian champions can certainly be branded with the title of “fan favourite”.

Despite the Turin’s sides domination of Serie A, up untill the arrival of Tevez their attack had been labelled as lack luster and blunt. Due to the fact that neither Vucinic, Matri, Quagliarella or even the apparent heir to Del Piero’s throne Giovinco could get past 10 goals in a single Serie A season.

The Argentine signalled his intent from his first competitive match by scoring in the Supercoppa final win over Lazio. Domestic matches would prove profitable for Tevez during the 2013/14 season, his 19 league goals including sublime strikes against Torino, Milan and Hellas Verona fired the Old Lady to their thrid consecutive Scudetto. However the major reason behind Juventus’ signing of the then 30-year-old Argentine was for him to lead them back to the days when they would go deep into the Champions League. If Tevez was to become a true Bianconeri number 10 then this was something he had to achieve. Platini, Baggio and Del Piero all fired Juventus to European glory.

However Tevez failed miserably at his first attempt no goals throughout the entire group stage of the 2013/14 Champions League resulted in Juventus finishing third and being eliminated. Once again the blame was placed on the strikers.

This season Tevez came firing out of the gate and showed the whole of Europe and more importantly the Argentine national team coach that he still could score at the highest level. His contributions in this seasons group stage of the competition saw Juventus qualify for the round of 16. Furthermore the now 31-year-old strikers partnership with Alvaro Morata proved too much to handle for Dortmunds defence in the first knock out stage as Tevez and Morata combined to score all 5 of the Italian sides goals in their 5-1 aggregate defeat of Dortmund.

To date Tevez has 22 goals this season including 6 in the Champions League. The Old Lady now braces for its quarter-final clash with the dark horse of the competition AS Monaco and with many star midfielders suffering injuries in recent times “Carlitos” will be called on once again.

The possibility of Juventus achieving a historic treble is on the cards, is the recently reinstated Argentine international the man to fire the Old Lady to such glory? 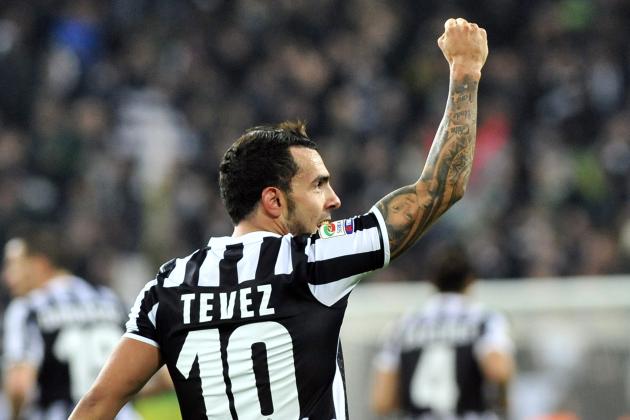