There were not many positives to take away for Manchester United’s 1-1 draw against Chelsea yesterday, but one thing is for sure: it does seem that this team under the management of Louis Van Gaal seems to have regained the impetus and confidence to keep going that has come to define the most successful team in domestic English football.

Not only against Chelsea but also against West Bromwich Albion last week, did a late goal rescue points for Manchester United but importantly, beyond that, showed the world that the Red Devils appear to have regained that self belief that a game is never over.

I think much credit must go to Louis Van Gaal for this change in mentality, the man from the Netherlands has given his team the belief that they can achieve, a mentality that seemed so far away from the players, staff and fans last year under David Moyes.

A hard work ethic and an injection of youth and robustness that was Sir Alex Ferguson’s trademark  has been successfully returned to Manchester United football club under Louis Van Gaal.

I don’t believe you can say that the ex Bayern Munich and Dutch manager has had nothing to do with the radical change in spirit that the ‘new’ Manchester United side has shown in the first nine games of the season. The Dutchman has shown that he is as much of a perfectionist as the legendary Sir Alex Ferguson, and that he has that same tenacity and thirst to win football matches. The man who has won 4 Dutch league titles (Eredivisie), 2 La Liga’s and 1 Bundesliga is certainly not lacking any experience which was reproached so often to his Glaswegian predecessor.

Van Gaal has certainly been able to rekindle that, as the Italians would say ‘grinta‘, which has benefited his team so much so far. What I think is very impressive and commendable for the manager is that he is never shy to criticise his own team and tell everyone facts exactly how they are. The only time he actually praised his team and said they played “their best football yet” was when United drew to West Brom. This is again a stark contrast to Moyes who although results were rarely good always seemed to say that his team were playing well. What we are actually seeing now is a manager who is not scared to’hairdry’ his players and tell them to move their backsides and perform.

It goes beyond managerial tactics, also his attitude with and towards the players has brought change. He has given Wayne Rooney the captains armband after a disappointing season last year and a dreadful World Cup, a boost of confidence that was incredibly needed for one of United’s most influential players. He has settled his existing squad by showing his determination to bring in big name signings such as Angel Di Maria and Radamel Falcao who are top class players.

Most importantly of all, and it is almost amusing to say it, he has given some players like Mata but mostly Fellaini confidence again by playing them and pushing them to play hard. Fellaini was the saviour in the West Brom game and after David de Gea was the best United player against Chelsea providing the crucial assist for Van Persie’s goal. You can say whatever you like about Van Gaal, that he is arrogant and thinks he is above everyone else, but he has brought confidence, flair and attacking football back to Old Trafford and I’m sure everyone will agree that was sorely needed after last season.

Let’s not get carried away… sure, I am more than happy to be an optimist in regards to Manchester United’s future, however there is still a lot of work ahead and the game against West Brom and certainly against Chelsea highlighted many areas of improvements that United will have to go through if they want to return to Champions League football, never mind winning the Premier League. The main problem which has been mentioned in almost every newspaper across the UK and probably the world is the defence.

Lack of experience, lack of talent, lack of composure, lack of time together; the word lack could almost be applied to every single negative word in relation to United’s back four. The problem there in lies in the fact that the players just have not had enough time to play as a solid unchallenged group. Put aside the fact that possibly it would be difficult for Van Gaal to pick the starting back four with the choice, particularly at the centre back positions, of Rojo, Blackett, Evans, Jones, Smalling, McNair and so on…

Van Gaal simply has not had the opportunity to select who he wants to play and the luxury of picking who he thinks are his best defenders. First one is injured, then another, or someone is suspended, you could have a trail of reasons. Still, let us not make excuses, the truth is that none of the above mentioned defenders are good enough to compete at the highest level. Rojo in particular, who looked promising in the World Cup for Argentina, has severely disappointed; he was shaky against West Brom and was even shakier against Chelsea, although considering he was playing against the best team in England at the moment, it is somewhat to be expected.

Far from individual mistakes though, most of the goals that Manchester United are conceding, are silly schoolboy team errors, certainly that you wouldn’t expect from a team of United’s calibre. Berahino’s goal for West Brom (fantastic finish by the way) was an error in the off side trap where the whole defence must be held accountable. Drogba’s goal is a mistake in marking, someone must explain why Raphael, one of the smallest men on the pitch is marking a far taller and more powerful player that is such a predator in the air, when the likes of Rojo, Smalling and Fellaini were on the pitch?

All in all, I believe it would be foolish to say the least, if Van Gaal did not brig in an experienced centre half during the Winter transfer window.

THAT ONE STAR PLAYER

In every United team that has achieved great things there has always been that one player that has shone above the rest. Ronaldo, Beckam, Giggs, Cantona, George Best… names that spring to mind when you look at United’s team sheet now are: Rooney, Van Persie, Falcao, Di Maria. I however think that United’s best player has been the unsung hero for the last year: David the Gea. The young Spanish goalkeeper has gone from strength to strength and since his rocky first season

has certainly shown that he will be one of the best keepers in this generation. Against Chelsea and against Everton this year he was just supreme and on countless occasions he has saved United some valuable points. Manchester United’s keeper has found his place in this team and will be instrumental in revitalising the team if they are to achieve anything.

We spoke early about a resurrection of Man U’s spirit, well in those great United teams there were always great keepers, most recently Schmeichel  and Van Der Sar, so De Gea will have many things to prove over the course of the season to show that he is capable of reaching the heights that his predecessors had.

Even more instrumental for Manchester United will be to keep the young Spaniard and fend off the interest of Spanish giants Real Madrid and Barcelona who are both interested in the talent.

In any case United’s progression towards a return to the top of the Premier is well and under way if they are able to maintain the spirit that has defined them for so many years. 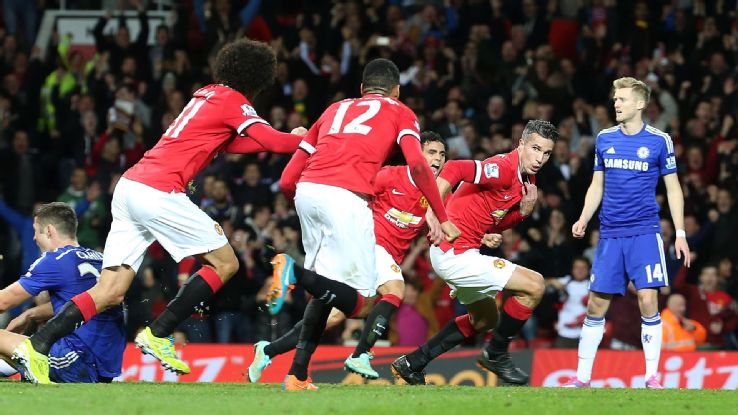