With a transfer budget of £8.5million spent the season before, it was clear that Daglish was preparing his squad to bring the title to Ewood Park. The was the start of how former chairman, Jack Walker reinstated Blackburn Rovers Football Club?

Rebuilding the stadium and team was always going to be one of the club’s first priorities, even before he became chairman. ‘We needed a stadium we got the stadium, we needed a squad, we’re getting the squad and we have a bit to do yet.’ There was a sense that the club was shaping up for an extraordinary season and to be in with a chance of achieving something special at the end, especially after the season before where they were second best to ‘The Red Devils’.

Jim White also described Ewood Park as ‘a spacecraft that arrived in the middle of town.’ It’s as if he meant that the stadium was a symbol of great things to look forward to in terms of the club and their future and the start of something special.

1992 was when Walker set out his plans for the stadium, which was re-constructed stand-by-stand, with at least one of them being revamped during the ’90s. Usually, when a team re-builds their stadium, it can also be a sign of them wanting success on the pitch as well as on it, which is what they got in the next two seasons with the Title in 1994-1995.

If you were to compare this with Wenger’s Arsenal, they were invincible at Highbury, but have struggled to maintain that level ever since their move to the Emirates from the 2006-07 season. Whereas when Ewood Park was being rebuilt, it had no effect whatsoever on Blackburn’s performances on and off the pitch, which is due to the great mentality they had from a manager that knew how to win League Titles, and that too as a player also.

Moving onto the Catona kung fu kick incident with Palace fan Matthew Simmons, this is a good example of what goes through a player’s state of mind, especially when they are faced with fans who are constantly verbally abusing them.

This kind of reminds you of the Zidane headbutt incident, where Marco Materazzi was seen verbally attacking his family, calling him ‘the son of a terrorist whore’. This proves that racism still exists in sport, especially football. So nowadays, when you see players taking the knee before the match, they are not just doing it for the sake of one group of people, they are doing it as a symbol to stop racial injustice from occurring to any group of people from any background.

Garry Pallister who was Cantona’s teammate at the time described the incident as ‘WOW’ as if Cantona did something out of the ordinary.

Then you had Peter Schmichael trying to calm the situation. He also defends his ex-teammates actions on that day ‘can’t tell you how many times I felt like doing it.’ When you first hear this, your initial thoughts are “you’ve gotta be kidding?” but then, on the other hand, he was clearly trying to stand up for the Frenchmen who had clearly thought that he had been a victim of racial abuse.

That’s why it is now a good thing that the Prime Minister has put in a proposal for banning orders to be put in place should a player be racially abused by fans and/or spectators.

So post the incident came to the key question, should Cantona have been banned for life? Well, initially you could say yes because of obvious reasons such as violent conduct, but then you have also got to remember Simmons’s part in the incident as he was the one who provoked him from doing so by shouting out those racist taunts, so part of the blame has to go on him as well. “When seagulls follow the trawler it is because they think sardines will be thrown into the sea.” This quote sums up the character of Cantona,

It’s a bit like watching a press conference from Jose Mourinho, where once he is asked a question, his responses can sometimes be bizarre because he’s that type of character.

Moving swiftly to the dramatic last day of the 1994-95 season, the inclusion of the split-screen, by Sky adds to the drama as you’re watching one match, but at the same time, you’re always anxious to know what’s going on in the other matches, particularly if it’s your team.

That sums up Premier League and what it is today, full of top quality football but more importantly, it’s the drama of moments such as goals, which ultimately bring twists and turns in crunch moments, particularly as the season reaches its climax.

This is also a great lesson for any team around the country, showing them that if they are prepared to fight and do the hard yards, then the sky is the limit, as far as Blackburn and even Leicester City had shown during 2015/16.

This episode signifies English football and what it has become during these 29 years of the Premier League. Although some people may define it as a spending spree full of entertainment, etc, you cannot take away the passion from the fans and the commitment of players who are constantly performing at the highest level of football. 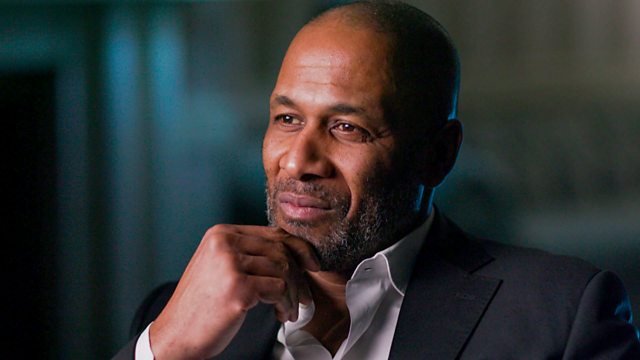