Before being announced a fight with Robert Whittaker, Jared Cannonier resume had one quality win over Anderson Silva, he came into the limelight when champion Israel Adesanya, openly called out Cannonier as his next challenger, of course, Cannonier had to go through Whittaker to earn his title shot.

So Whitaker vs Cannonier became the fight for Number 1 contender spot.

Jared Cannonier is an explosive striker who knocks his opponents out with his barrage of strikes, Robert Whittaker is much more complete striker with a wide range of weapons in his arsenal, Whittaker also has a developing ground game.

On feet and on-ground, Robert Whittaker was the better fighter, so on paper, this was a very bad matchup.

So this comes as a surprise when we see Jarod hang in there with Robert Whittaker for full 3 rounds, a complete 15 minutes which was competitive from start to finish.

Robert Whittaker being the superior striker was moving on his pace and moving in and out while using the jab as his primary weapon, double jabs, triple jabs combined with straight right hands were very effective in the whole fight for Whittaker. Round one ended with both fighters having given a very even performance.

Round two, was much of the same story with Robert Whittaker controlling the space and Cannonier trying to brawl in and close the distance, Jared Cannonier was very smart with his strikes and kept his guard up so as not to be counterpunched while he was on the offensive, Whittaker was using the jab to its perfection setting up his straight right hands and his quick inside leg kicks.

By the end of the round, Whitaker was clearly ahead on strikes landed and on the judge’s scorecard.

The third and the final five minute round was quite eventful with Robert Whitaker taking charge attacking Jared Cannonier with his straight right hand, bruising his left eye and taking the fight to him, he was clearly looking for a finish.

Jared Cannonier did not back down a bit and was in the mix landing his shots to the body, the head and the legs, towards the end of the fight he almost knocked out Whittaker after catching him with a hard right hand. Robert Whittaker defended quite well and survived the barrage of punches when he locked the clinch on Jared Cannonier. And that was it for the last round.

Although on paper it was a bad matchup, it turned out to be a very competitive fight, with both fighters showing their top-level skills, this fight definitely raised the stock for Jarod Cannonier as a top-level fighter and the win has now made Robert Whittaker the number one contender for the middleweight title, with his only loss coming at the hands of Israel Adesanya, the rematch could be one of the best stands up and bang fights that we would remember for a long time 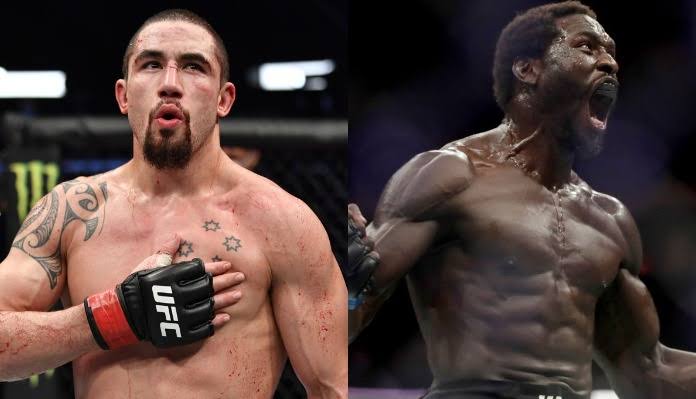