Mercedes Formula 1 driver George Russell has raised concerns about the overtaking capabilities of the sport’s new generation of cars following their first official shakedown in Barcelona.

Since Formula 1’s turbo hybrid era began in 2014, Mercedes has dominated its Constructors’ Championship with eight wins in a row, and during that period, drivers up and down the grid have complained about the difficulty of racing closely with others.

In response, the sport’s FIA governing body has introduced a raft of rule changes, designed to not only shake up the order, but encourage more on-track action. In Spain, however, Russell suggested this may not work as initially planned, and claimed that he didn’t even get the benefit of slipstream when trying to overtake the McLaren of Lando Norris.

“I think the following has been improved, but the slipstream effect has been reduced quite substantially, I think,” Russell told Autosport.

“You obviously need that delta on the straight to be able to overtake because you can only really overtake at the end of the straight into the corner,” he added. “I got right up behind Lando [Norris] and I was a car length or two behind him, and I didn’t catch him down the straights. So that was slightly concerning. But let’s see.”

When asked for his view, Norris agreed but stopped short of saying the changes had failed to aid overtaking. Instead, he explained that the new cars have aerodynamic benefits too, and their true balance won’t be known until the first race of the 2022 season in Bahrain.

“I think me and George had a perfect demonstration of it,” said Norris. “I didn’t want to let him past while he was on a quick lap, so I screwed him over and had him off a bit! That’s what you do in testing.

“George said it correctly – I definitely think the following part in the corners is an improvement,” he continued. “But all of this obviously comes with the deficit of a slipstream effect, and how much that is going to be helping us. Don’t know which one has the bigger effect at the minute, so we’ll have to wait and see until the first race.”

Another issue raised during the test at the Circuit de Barcelona-Catalunya was the tendency of Formula 1’s new generation cars to ‘porpoise,’ a phenomenon that saw their suspension bounce aggressively at high speeds.

The problem, which became prevalent when the ground-effect philosophy the new cars are built around was first introduced in the 1970s, is caused by the downforce generated by their floor designs sucking them ever closer to the tarmac.

As this happens, cars’ ride heights are reduced, accelerating the pace of the air running over them, which in turn, gives them more downforce. While this provides drivers with more grip and therefore lap time gains, the effect also has a limit, and at a certain point when airflow stalls, sudden release in pressure occurs, causing ‘porpoising.’

“I think that solving it can be quite straightforward,” said Binotto. “[But] optimising the performance – because it should not be a compromise, you should try to avoid any bouncing [while] getting the most of the performance of the car – that could be a less easy exercise.”

“I am pretty sure that at some stage each single team will get to the solution,” he added. “How long will it take? I think the ones that will get there sooner will have an advantage at the start of the season.”

The three-day shakedown not only marked the first opportunity for Formula 1’s new cars to get some laps under their belts, but the on-track return of seven-time champion Lewis Hamilton, after he had an eighth title snatched from his grasp at the 2021 Abu Dhabi GP.

On the surface at least, Hamilton’s comeback got off to the perfect start, as he topped the test’s timesheet for the week, with a 1:19.138, edging out teammate Russell by just under a tenth of a second.

But on Thursday, Russell also said he was wary of the pace of rivals Ferrari and McLaren, and even went so far as to claim that Mercedes has some work to do to catch up.

“We all know that we’re on different programmes, but we definitely know from the average of all of the different runs, we’re behind them at the moment,” he added. “Let’s wait and see. The championship is not won in Barcelona in winter testing. But it has certainly been an intriguing two days so far.”

So what do you think? Can Lewis Hamilton retain his World Drivers’ crown in 2022? Or will one of his rivals steal a march on him and Mercedes, with their new generation cars? Let us know in the comment section below! 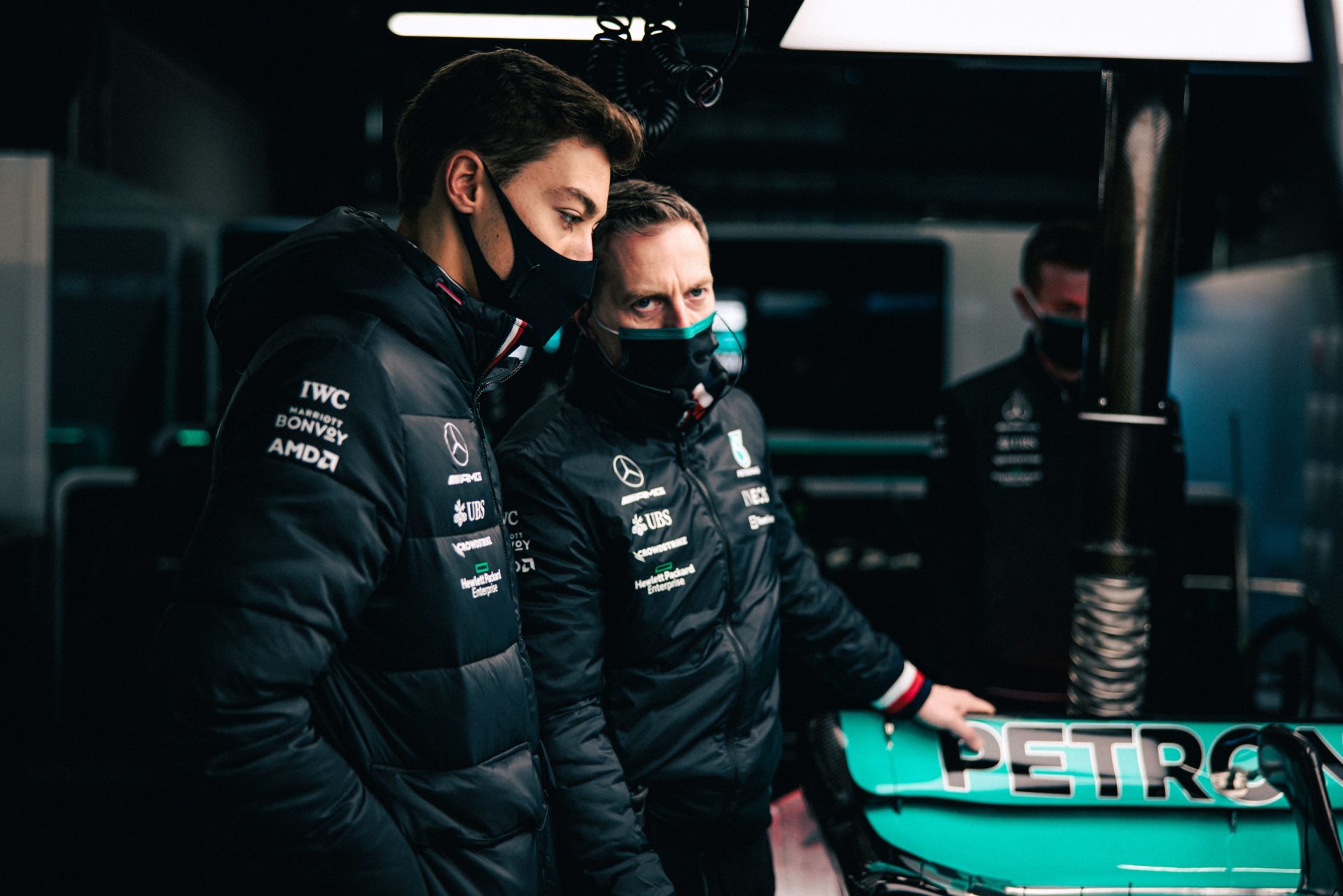