The only reason I won’t declare Islam Makhachev the best lightweight in the world is because I believe in deferring to the champion. Charles Oliveira has earned the right to be called the best. He was the underdog when he beat Michael Chandler to win the belt. He was the underdog when he successfully defended his belt against Dustin Poirier. His next fight is against the immensely popular Justin Gaethje, and many fans will place bets on the challenger. Oliveira is used to being doubted, but as of right now he sits on the throne.

That being said, it’s hard to imagine there is a better lightweight in the world than Islam Makhachev at this very moment. His performance tonight was dominant and decisive. This week’s installment of UFC Fight Night was entertaining as always. There’s a lot to unpack here. Without further ado, let’s get into it!

Islam Makhachev faced Bobby Green in a catchweight bout at 160 lbs. tonight. Normally, both men come in the octagon under 155 lbs. as they are both lightweight competitors. However, Makhachev’s opponent was forced to withdraw due to an injury suffered during training camp, so Green took the fight on two week’s notice. Kudos to him for stepping up and taking on the challenge.

Makhachev started the fight by feeling out Green with both high and low kicks. He then took Green to the mat with a lightning quick takedown. Afterwards, he mounted Green’s back and pummeled him with a vicious ground and pound attack. Referee Herb Dean was left with no choice but to stop the fight. This was a very impressive performance by Makhachev. His next opponent should be the winner of Oliveira versus Gaethje. There is no question that he is worthy of a title shot.

The first round of the fight between middleweight challengers Misha Cirkunov and Wellington Turman could be broken down into two fragments. Section one would be Turman’s takedown attempt; section two would be Cirkunov’s recovery. After mounting Cirkunov’s back early in the round, it looked as if Turman would be able to execute a takedown and submission combination for the early stoppage. However, Cirkunov was able to wrestle his way out of the hold and establish ground control time of his own. Turman lost control of the fight and was in essence saved by the bell.

In round two, Cirkunov picked up right where he left off. He began to use his wrestling skills to dominate the match through grappling. However, Turman displayed his elite judo skills by flipping the momentum into an arm-bar of his own. The maneuver was executed to perfection; the pain on Cirkunov’s face was evident immediately and he tapped out right away. If there are still any novices out there who believe mixed martial artists just swing away with no skill, watching Thurman’s perfectly executed move would wipe that misconception away forever. Simply put, it was beautiful.

In round one, women’s flyweight competitors Ji Yeon Kim and Priscilla Cachoeira came out swinging like there was no tomorrow. While there was certainly an entertainment value to it, I couldn’t help but think back to elementary school when a fight would break out on the schoolyard and a couple teachers would rush over to brake it up. It looked that juvenile; I’m glad the rest of the fight was a display of skills, training and athleticism.

In round two, Kim stopped letting Cachoeira force her into a corner. Instead of backpedaling the entire round, she stood her ground and connected on some well-timed jabs. In round three, Cachoeira attempted to return to her strategy of wreckless abandon from round one; this time it did not work. Kim began to land counterpunches with regularity. That’s when Cachoeira surprised everyone and started swinging wild elbows that opened up a cut on the side of Kim’s face. Cachoeira was awarded a split decision victory for her efforts. Kim is clearly the more skilled of the fighters but Cachoeira won due to her pressure and aggression. I’ve always been partial to fighters who initiate rather than retaliate, so I won’t argue with the judges’ decision.

The fight between lightweight gladiators Arman Tsarukyan and Joel Alvarez should have been stopped after the first round. I understand giving an athlete the chance to compete, but there are some injuries that are so bad that the fight should not be allowed to continue. Not only was Alvarez’s nose clearly broken, he was bleeding profusely. His entire chest was soaked in blood and there was a cut on his forehead that was bleeding into his eyes. In the second round, he could barely see and Tsarukyan began hitting him with more elbows. Alvarez could not defend himself, and finally the blood bath was stopped. I love combat sports, but the Roman coliseum is best depicted in the movie Gladiator. Leave the gore to Russell Crowe; let’s stop fights that need to be stopped and preserve the health of the athletes.

Tonight was Armen Petrosyan’s UFC debut. Although he doesn’t have extensive experience in mixed martial arts, his kickboxing reputation proceeded him so well that he was not treated like a newcomer by the media or by his opponent. I’ve seen first timers look nervous and out of sorts and I must say that Petrosyan did not fit this description at all. He looked relaxed and everyone in the arena knew he belonged in the octagon tonight.

In the first round, his kickboxing skills were on full display. He attacked fellow middleweight Gregory Rodrigues with calf kicks and body kicks as well. In the second round, Rodrigues turned the table by landing a big takedown of his own in addition to several impactful overhand rights throughout the period. Round three was a seesaw battle; Rodrigues dominated the beginning and Petrosyan closed strong with a nice flurry of kicks. Petrosyan was granted a split decision victory. This fight could have gone either way but Petrosyan may have won because he is the younger fighter, with a higher upside and a brighter future. As much as this is a sport, it’s also theatre. Always protect the interests of the business.

Bobby Green deserves a main event with a full training camp. I do not think he could beat Islam Makhachev on his best day. That being said, he was willing to take on a dangerous man with just two weeks’ notice. That says a lot about his courage and the caliber of athlete he is. It is time for him to headline an edition of Fight Night, complete with a six week training camp and a properly ranked opponent. He’s earned it.

You won’t want to miss Colby Covington take on Jorge Masvidal at T-Mobile Arena in Las Vegas next week. These two welterweights were once close friends and now they are bitter rivals. UFC 272 promises to be filled with great action from start to finish. I know I’ll be watching. As always, we’ll bring you all the latest updates about the outcomes of the fights, as well as in depth analysis, right here at World in Sport! 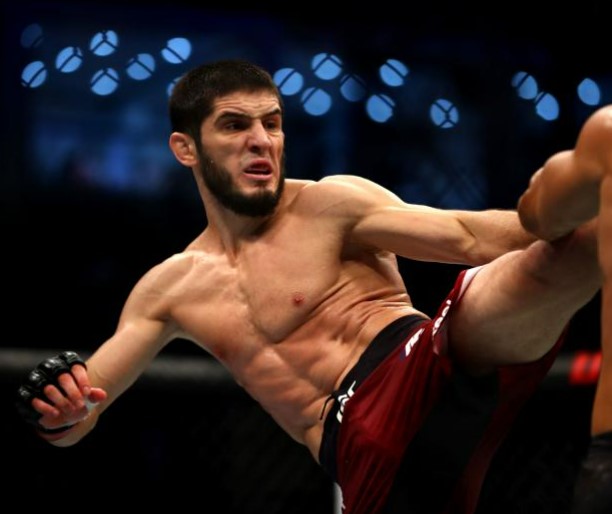