Aryna Sabalenka avenged her Stuttgart Open defeat of two weeks ago by overpowering world no. 1 and top seed Ashleigh Barty in three sets to win the Madrid Open. She won a topsy-turvy match, fighting her emotions as well her opponent, to win out 6-0, 3-6, 6-4. The expressive Belarusian showed off her dancing skills at the end to celebrate her victory.

The win moves Sabalenka up to number 4 in the world, and ended Barty’s 16-match winning streak on clay going back to the Rome Masters in 2019.

There was a strange parallel between the two finals with each player winning in the week of their birthday. Barty celebrated her 25th birthday on the day of her Stuttgart win, and Sabalenka turned 23 on Wednesday, before going on to win the final in Madrid on Saturday. Both finals also went to three sets, with Sabalenka dominating the opening set and Barty coming back strongly to win the second.

Sabalenka’s big serving power game has been too hot for her opponents all week, and the no. 5 seed did not drop a set on the way to the final. She carried on in the same commanding manner in the opening set, delivering an excellent 75% of first serves, backed up with 11 winners and just one unforced error. Her relentlessly aggressive tennis did not allow Barty to settle or gain any rhythm on her serve, and she broke the Australian three times to bagel her 6-0. It was the first time Barty had been bageled in four years.

Anyone who had watched the Stuttgart final would have felt a sense of deja vu when Sabalenka’s level inevitably dropped a little in the second set as the erudite Barty got herself back into the match by cleverly changing tactics and taking pace off the ball. A fiercely contested opening game on Sabalenka’s serve went to three deuces with Barty taking it on the fourth break point as Sabalenka’s backhand flew long.

Sabalenka fought assiduously to break back three games later and make it 2-2. Back came Barty with some clever play, using slice and top-spin to move her opponent from side to side, and aided by a double fault, she regained her lead to move ahead 4-2.

This time she maintained her advantage and broke Sabalenka again with her trademark heavy slicing to win the set 6-3 and level the match.

A final set shoot-out awaited, and it looked as if the momentum was with Barty as Sabalenka started to become frustrated with her unforced error rate, which had increased from only one in the first set to an excessive 15 in the second set.

After Barty had held the opening game, Sabalenka hit a backhand into the net for 0-15. A second serve was followed by a giant swipe of a forehand crosscourt for a winner and a cathartic scream. She held to love with an ace but her emotions appeared to be overwhelming her, just like in Stuttgart, as Barty remained a paragon of calmness at the other end.

Barty’s smart tactics kept drawing errors out of Sabalenka, and after a double fault took the score to 15-40 and two break points to Barty, Sabalenka whacked her racquet on the red clay in fury. When she subsequently hit her first serve out and emitted another loud, exasperated scream, it seemed her tempestuous nature would be her downfall.

Yet, her anger galvanised her as she she hit a defiant groundstroke in reply to Barty’s excellent return to save the first break point, and then smashed away her delicately sliced return for a winner to make it deuce. A massive 194 kph serve took her to advantage, and a big serve and forehand winner combination gave her a critical hold, as she let out yet another scream, but this time in sheer relief.

It still looked like Barty’s match to lose as she strolled serenely through her service games in contrast to Sabalenka’s dramatics. But momentum in tennis matches can be very deceptive, as a player who has been struggling finds some inspiration or the player who has been winning easily, feeling no pressure, loses intensity and momentarily eases off.

At 4-4 in the final set, the match suddenly turned. A huge forehand crosscourt return from Sabalenka broke Barty’s spell. She lost all rhythm on her serve, and couldn’t find a first serve. Normally, the Barty second serve is – unusually in tennis – as good as her first, but in this instance, Sabalenka went on the attack and powered her returns back to break to love.

ALSO READ: Zverev Gets Revenge Against Thiem in Madrid

Seemingly out of nowhere, Sabalenka was serving for the match. Some solid serving, including her 9th ace, brought up three championship points, and another strong serve and a big backhand down the line powered her to victory 6-0, 3-6, 6-4. Sabalenka has a big personality to go with her big game, and a groovy jig and rapturous smile accompanied her winning point.

The victory gave Sabalenka her 10th career title, however, surprisingly she has never progressed beyond the fourth round of a Grand Slam. It remains to be seen whether her fearsome but erratic game can translate to Grand Slam success to go with her newly acquired top-5 status. 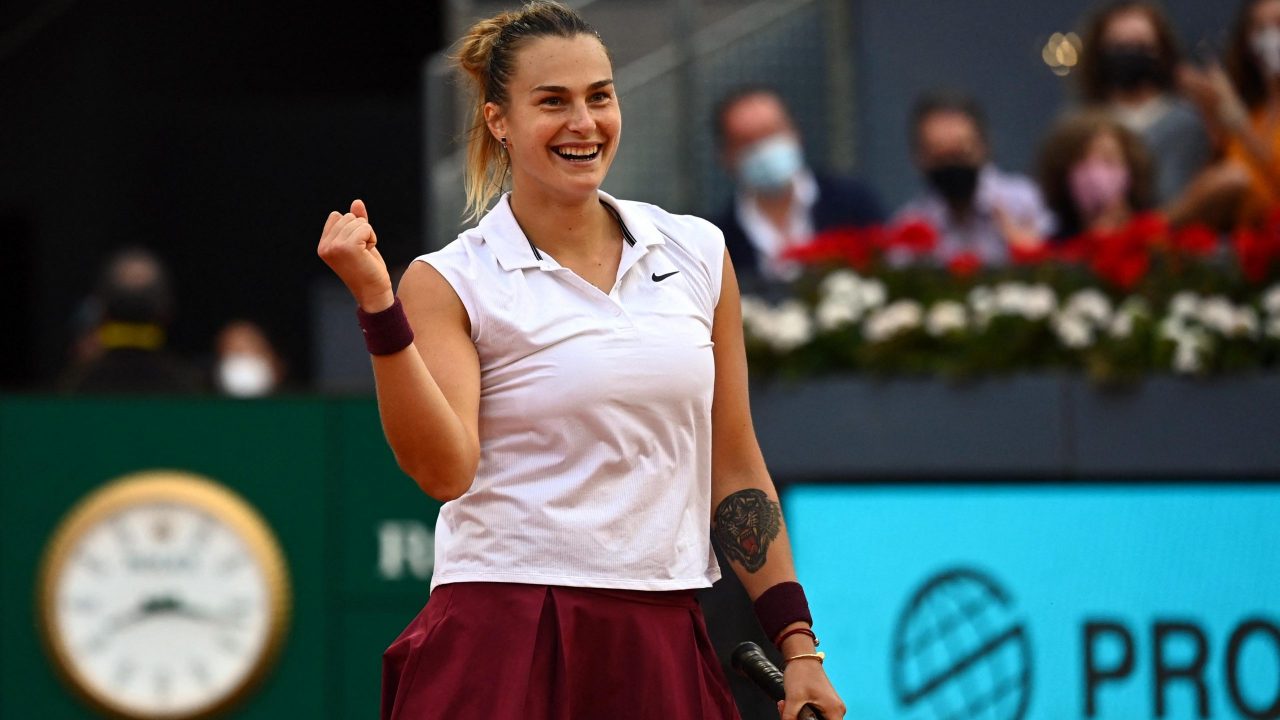