The rugby world is set for an extravaganza of entertaining rugby for this weekend as the Six Nations 2021 Round 3 commences. Italy is set to host Coach Farrell’s Ireland in Rome, while Wales are looking to maintain their unbeaten campaign as they host England in Cardiff. Unfortunately, one Six Nations fixture had to be postponed; the France v Scotland game didn’t get the go-ahead due to a COVID-19 outbreak in the French camp.

The Sunday fixture between France and Scotland had to be postponed due to a large part of the French squad including Head Coach, Fabien Galthie, contracting the virus. Other big names include the likes of playmaker Antoine Dupont, as the confirmed Covid-19 cases rose to sixteen members in total.

Unfortunately, the rugby world missed out on an exciting contest as both sides are looking on track to lift the Six Nations 2021 crown. The new suggested date for the fixture has been set for next weekend. However, that weekend could see Scotland omit 10 key players as they do not play for Scottish clubs. This is due to the dates not falling under a World Rugby Test date, therefore clubs are eligible to not release their players for the international fixture.

Italy v Ireland: Though it may seem like a bottom of the table affair, both sides have plenty to play for. Hosts, Italy have yet to register a Six Nations victory since 2015, accumulating a 29-match losing streak. Italian Coach, Franco Smith will be looking to revive his Italian team and has named an unchanged team for this weekend’s encounter. On the positive, a great milestone is set for Ireland’s inside centre, Robbie Henshaw, as he is set to earn his 50th test cap when he takes the field in Rome on Saturday.

Their opponents, 2018 Six Nations Grand Slam winners, Ireland will be looking to make up for their dismal tournament 2021 season. Coach Andy Farrell has made a total of seven changes to his Irish side who were beaten at home by the French, two weeks ago. Three changes in the front row see a new pairing of Dave Kilcoyne, Ronan Kelleher and Tadhg Furlong. Whereas, Captain Johnny Sexton returns at flyhalf and Vice-Captain James Ryan slots in at lock. Will Connors takes Josh Van Der Flier position in the loose forwards, Jordan Larmour replaces Keith Earls on the wing, while Ryan Baird and scrum-half Craig Casey could make their Irish debuts off the bench on Saturday.

Can Italy beat Ireland this weekend at their Six Nations 2021 Round 3 fixture?

Wales v England: Welsh Coach, Wayne Pivac will be looking to make it three consecutive victories as he challenges an enthusiastic English outfit. Following a nail-biting one-point victory over Scotland two weeks ago, Coach Pivac has made only five changes to his starting side after a successful Scotland victory.

Josh Navidi returns to the loose trio and Kieran Hardy is set to start at scrum-half. Major changes are made in the backline with Jonathan Davies and George North selected as centre partners and Josh Adams returns to the left-wing. There will also be a huge match day milestone for this encounter in Cardiff. Wales back, George North will earn his 100th test cap for Wales, breaking the youngest rugby player to earn 100-caps record.

Coach Eddie Jones has only made two changes to his England side for this weekend. Jamie George regains his position at hooker and Mark Wilson starts at flank, as the only changes made by England. From an outstanding running game against Italy two weeks prior, there has been no doubt England needed to adjust their backline.

Will England give Wales their first defeat in their Six Nations 2021 Round 3 clash in Cardiff?

Amongst the nuisance of having the France v Scotland game cancelled, there is still plenty of entertaining Six Nations Round 3 encounters to keep us entertained this weekend. The first game in Italy will be a guaranteed high-scoring fixture, as Ireland are desperately seeking their first Six Nations 2021 victory. Following two mediocre performances, I believe we will see a revived Irish outfit defeat Italy by 20 points this Saturday.

Moving to the bigger fixture over in Cardiff, it will be a physical encounter with both sides having plenty of creativity in their backlines. I feel the team that is able to provide opportunities for their backs to express out wide will take this encounter. It will go down to which forward pack can dominate up front and at the breakdown. That being said, I will go with England to win this game, with a small 5-point difference.

Let us know your thoughts in the comments below! 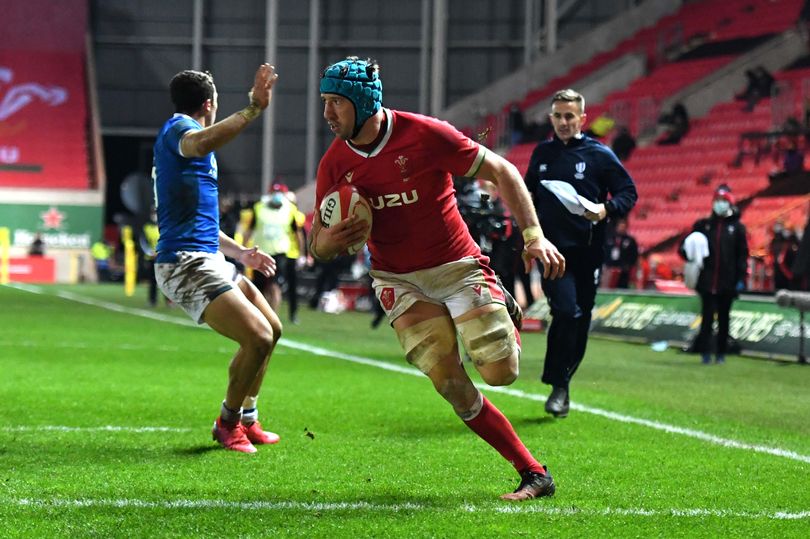