Left-arm spinner Axar Patel created an illusion of turn with 11 straight deliveries that put India on the brink of the World Test Championship (WTC) final with a 10-wicket demolition of England inside two days in the day-night third Test in Ahmedabad on Thursday.

Playing only his second Test, Patel (15-0-32-5), with a match-haul of 11-70, relentlessly hit the good length area and hoodwinked England batsmen, who played for turn only to find that there was none on offer from him. 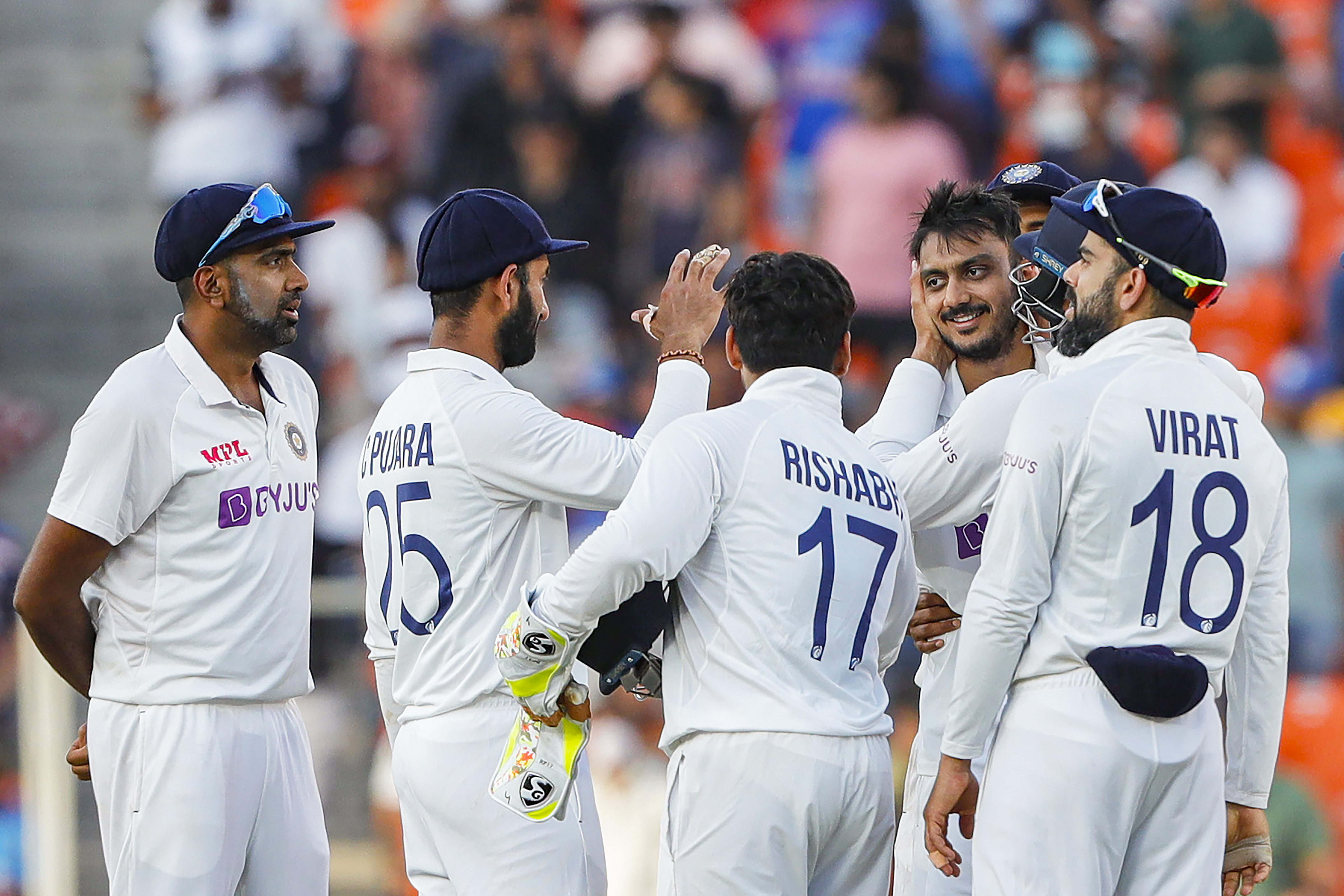 The result was their lowest total against India — 81 all out in 30.4 overs — leaving the hosts with a target of 49 which they achieved with minimum fuss.

At the other end, off-spinner Ravichandran Ashwin (15-3-48-4) was an ideal foil, becoming the fourth Indian bowler and second fastest in the world to complete a commendable milestone of 400 Test wickets with the dismissal of Jofra Archer.

Incidentally, after Afghanistan’s debut Test in 2018 in Bengaluru, this was the second time that India won a Test match, well inside two days.

This was after England skipper Joe Root’s fabulous career-best spell of 6.2-3-8-5 resulted in India’s dramatic collapse from 114 for 3 to 145 all out on Day II.

India lost as many as seven wickets for only 31 runs after looking solid at 114 for 3 at one stage in the game but England lost all 10 in an entire session in which no pacer was seen in action.

Ironically, it was the non-turning deliveries from Patel that had England’s rank and file pressing the panic button as they pre-empted away turn every time.

Whether it was Zak Crawley, Jonny Bairstow or skipper Root, everyone lost the mind-game as Ashwin also joined the fun with records tumbling one after another.

When Patel sent back Ben Foakes, he became the first spinner to get 11 wickets in a pink ball Test match.

Following the two-day finish, ICC will be watching the Motera track with a ‘Hawk Eye’ even though the debate can continue for ages whether it was the turn that did the batsmen in or the lack of it.

The turn-on offer was standard for any sub-continental track and no deliveries misbehaved. However, all eyes will now be on ICC match referee Javagal Srinath from India and his assessment of the 22-yard strip.

A case in point would be the wickets taken by the two left-arm spinners; Patel and Jack Leach.

They bowled deliveries at a speed between 88 kmph and 92 kmph with round arm action and pitched them on good length leaving batsmen in two minds, whether to play forward or go backwards.

Rohit Sharma’s 66 off 96 balls in the first essay was 24-carat gold given that other batsmen looked like sitting ducks. Indian batsmen save Rohit did have a torrid time during an afternoon session when Root and Leach made their lives miserable.

Ajinkya Rahane, who has never had much success against slow left-arm bowlers, was rapped on the pads as Leach fired one in and it was not much of an issue for umpire Nitin Menon to adjudge him leg before.

Suddenly, a pitch, on which India looked way more comfortable, started to challenge and just like England in the second session on the first evening, the Indians wilted under pressure.

Rohit missed a sweep off Leach and Menon’s decision was retained as per the Umpires’ Call.

Once Rohit was gone, it was time for Root to enter the scene and do a Michael Clarke (6/9 with his left-arm orthodox in Mumbai 2004) as Rishabh Pant (1), Washington Sundar (0) and Patel (0) were accounted for in quick succession. 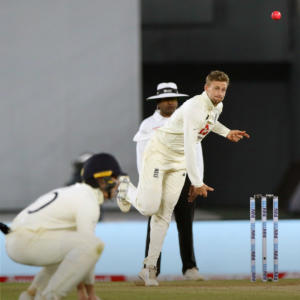 At one point, Root’s figures were 3-3-0-3 as he exploited the friendly conditions, repeatedly hitting the rough which helped him dismiss three left-handers in succession.

He was referring to the green top strips that are always on offer at Leeds.

Ashwin (17) and Ishant Sharma (10 not out), who hit his first-ever six in his 100th Test appearance, scored a few which proved to be priceless in the end. 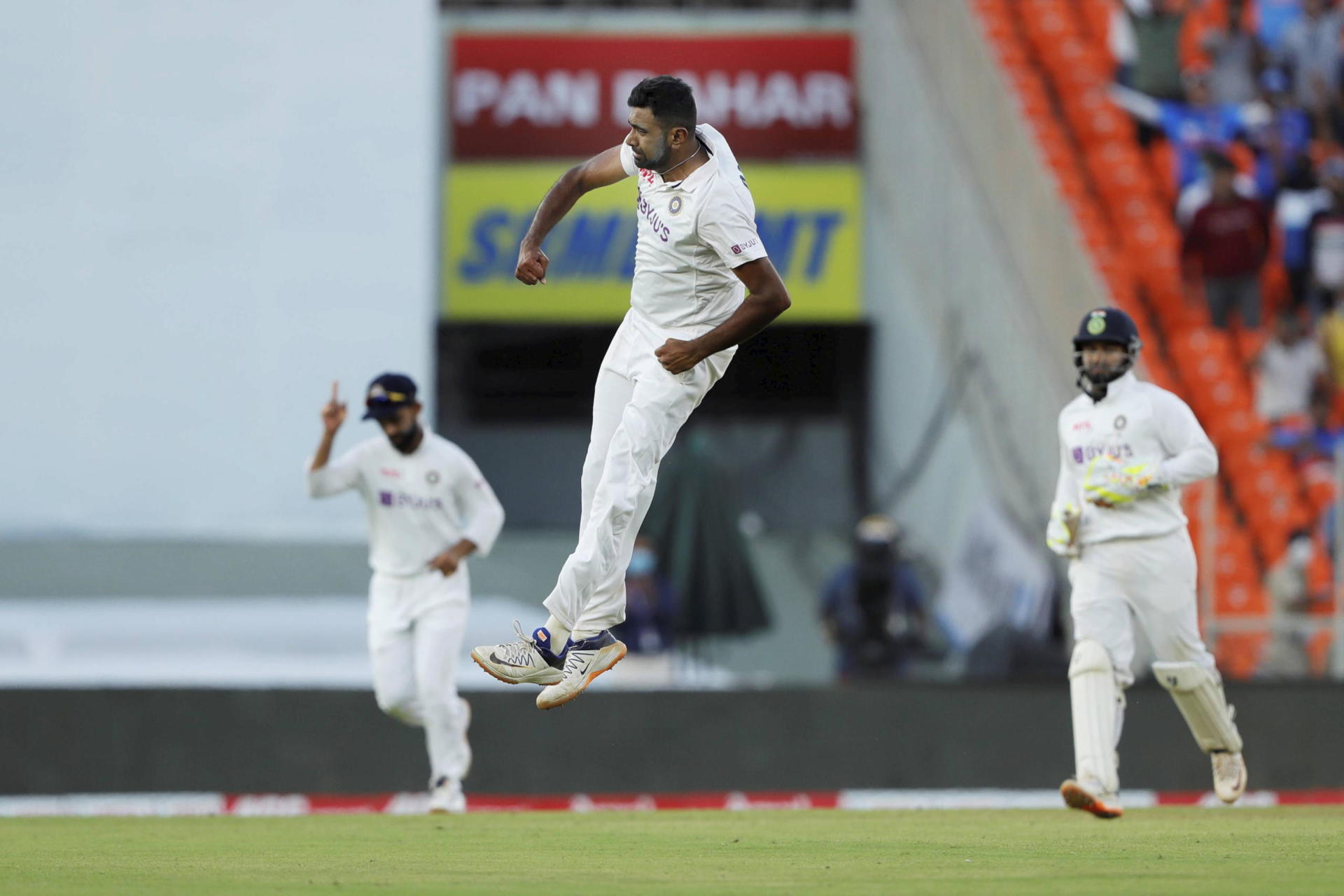