India took firm control of the second Test against England on a day when 15 wickets tumbled on a rapidly deteriorating pitch in Chennai on Sunday.

Resuming the day at 300 for six, wicketkeeper-batsman Rishabh Pant took India to 329 in their first innings with an unbeaten 58 before running out of partners.

At stumps on Day II, India were 53 for one in the second innings, extending their lead to 249 runs.

Wickets fell in ninepins on Sunday but Rohit Sharma once again stood tall with 25 off 62 after hitting a century the previous day. Giving him company was Cheteshwar Pujara (7 batting off 18) was at the other end.

Barring Ben Foakes (42 not out), England batsmen had no answers to the challenge posed by the Indian bowlers. The sweep shot that came to their rescue in much easier conditions in the previous Test, brought their downfall including Root.

India, who had taken four wickets in the morning, claimed another four in the post-lunch session to leave England gasping at 106 for eight at tea.

Ashwin got the big wicket of Ben Stokes in the sixth over after lunch. The left-hander missed an attempted clip off a beauty that drifted in and lost his off-stump.

Ollie Pope (22) was brilliantly caught by a diving Pant when he tried to glide one down the leg-side, to give Mohammed Siraj a wicket off the first ball he bowled in Tests in India.

Foakes, who impressed with his keeping skills when India batted, showed his abilities in front of the wickets too.

“It was extremely difficult (to bat) against a high-quality spin outfit and the pitch was playing tricks,” Foakes said at the end of day’s play. “I just tried to play within my limits and try to play the ball late. I think some balls are taking the top of the surface and I was trying to stick to my game plan,” he added.

Moeen Ali, coming in at number eight, fell when his edge hit Pant’s thighs and rebounded to Ajinkya Rahane who took a fine catch diving forward. 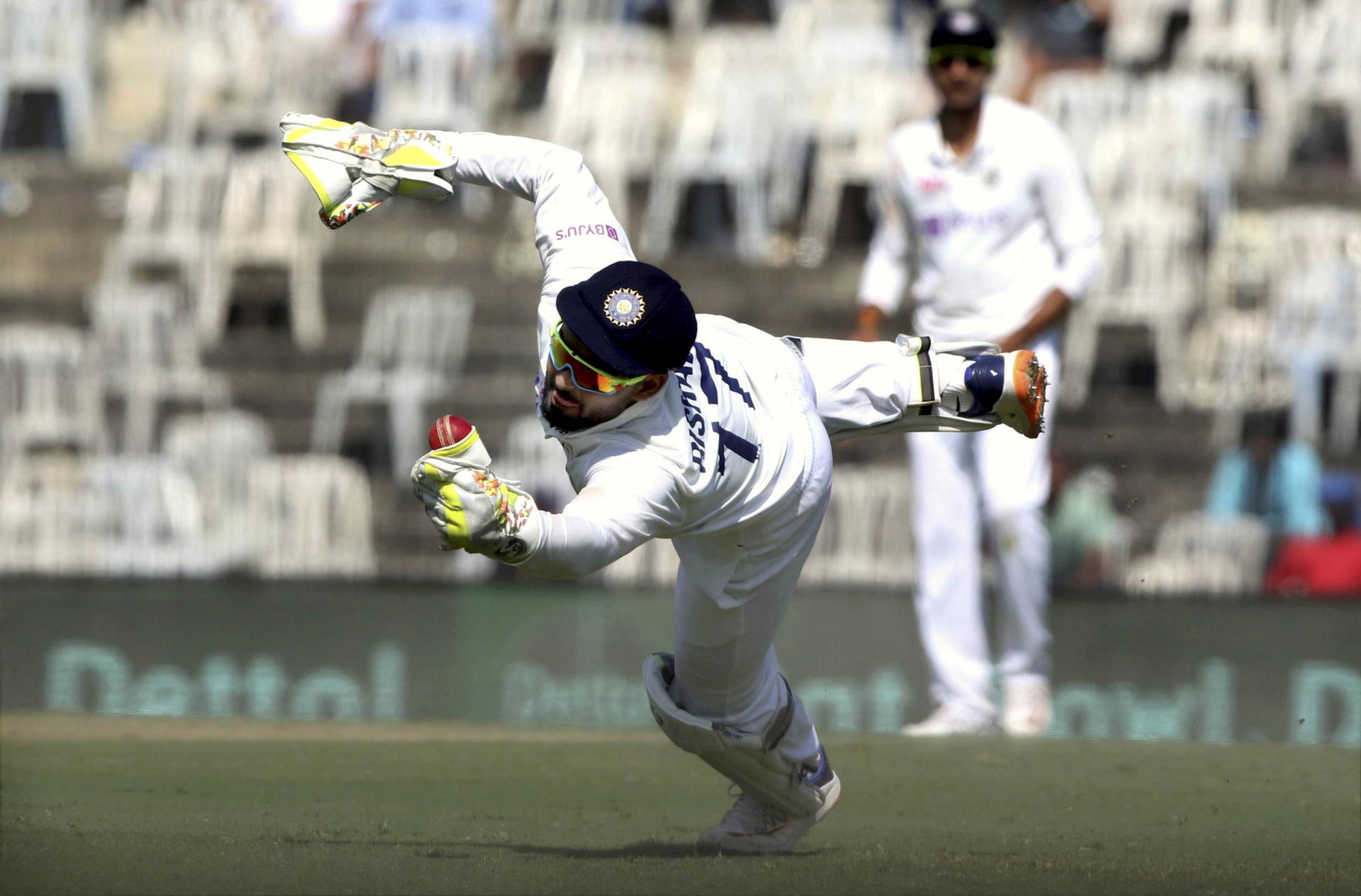 India wicketkeeper Rishab Pant takes a catchAshwin struck at the stroke of lunch, having Dan Lawrence (9) caught at short-leg by Shubman Gill reducing England to 39 for four.

Ishant provided the first breakthrough for India when he had left-handed opener Rory Burns LBW for a duck with a ball that nipped back and beat his defensive push.

The other opener Dom Sibley (16) was the next to go, caught by Virat Kohli at leg-slip off Ashwin, which was given by the third umpire after India chose to review as the on-field umpire turned down the appeal for a catch.

The big wicket of captain Joe Root (6), who tormented the host bowlers in the first Test, was taken by debutant Axar Patel when the England captain’s attempted sweep against the turn landed safely in the hands of Ashwin at short fine-leg.

Resuming the day at 300 for six, India added 29 runs to their overnight score. The aggressive Pant scored 25 of those runs, hitting two fours and two sixes to remain unbeaten.

For England, pacer Olly Stone finished with 3 for 47 in his first game in India. Off-spinner Ali (4/128) picked up four wickets but proved expensive. Jack Leach (2/78) and Joe Root (1/23) were the other wicket takers.

India lost two wickets in the second over of the day as Ali struck twice in the space of three balls.

“We need something very, very special to happen tomorrow and somebody do something amazing with the bat,” Thorpe said.

“We knew we were going to have some tough times and the important thing is the dressing-room doesn’t get too affected by today,” he stated.

Foakes too sounded positive. “I think the wicket has plenty, if we bowl well we have a good chance of bowling them out,” he said. 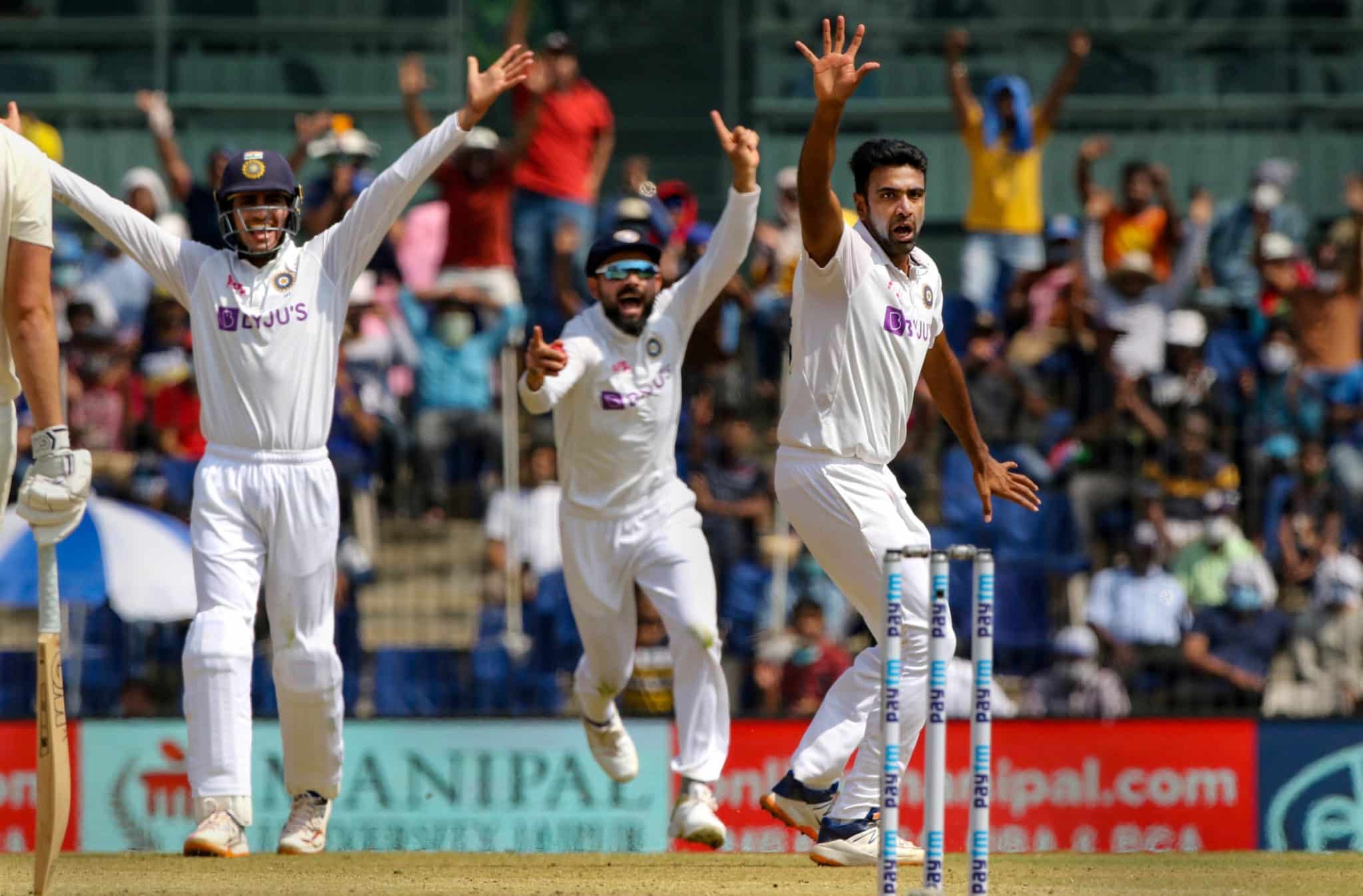