Williamson and Holder added unbeaten 65 runs for the 5th wicket after Adam Zampa and Yuzvendra Chahal threatened to take the game away from Sunrisers in a low-scoring thriller.

Chasing a tricky low total to set up a clash with Delhi Capitals, Sunrisers Hyderabad lost Shreevats Goswami in the very first over. Goswami, who was replacing Wriddhiman Saha, could not even open his account when he was dismissed by Mohammed Siraj. Siraj then gave Sunrisers Hyderabad a real scare when he dismissed David Warner for 17.

The perfect platform for Williamson

With RCB playing 4 spinners, it set the perfect platform for Williamson, who is known to be a great player of spin. When he walked in to bat, 89 runs were needed from 90 balls. The required rate meant there was no need to panic or take the bowlers on.

However, Adam Zampa dismissed Manish Pandey 9 runs later. In walked Priyam Garg, who was soon dismissed by Yuzvendra Chahal. Zampa and Chahal conceded just 36 runs in 8 overs. 1 over of Moeen Ali made it 40 runs in 9 overs and with Jason Holder on the crease, Bangalore’s hold got tighter.

It seemed Bangalore might finally be able to end their long wait. However, Williamson had different ideas.

He was calm and ensured Holder didn’t panic either as he regularly swept the bowlers to keep the required run-rate under control. It paid dividend as Holder hit back to back boundaries in the final over to seal a place in the Qualifier 2.

Earlier, Virat Kohli played a gamble after being invited to bat first. He promoted himself up the order to open the innings with uncapped sensation Devdutt Padikkal.

Virat Kohli, who celebrated his 32nd birthday a day earlier, was dismissed for 6. Padikkal was the next to fall. He couldn’t continue his superb season and was dismissed for 1. However, he finished as Bangalore’s top scorer- hitting 7 runs more than Kohli.

Aaron Finch scored 32 runs to ensure, there was no repeat of the initial stage of IPL, where Bangalore was bowled out for 109 against Kings XI Punjab. However, Finch too couldn’t do much.

AB de Villiers played another scintillating knock to ensure Bangalore had something to fight for. He scored 56 runs but was dismissed off a stunning T Natarajan yorker which meant Sunrisers Hyderabad had to chase at least 10-15 runs less. He took his personal tally for the season to 454 runs.

Despite De Villiers’ brilliance, RCB could only add 38/3 in the last 5 overs.

Jason Holder was the chief destructor for Bangalore. Holder was the one who gave them early jolts- dismissing their top scorers Kohli and Padikkal. He then came back to remove Shivam Dube in the death over. Holder went on to score 24 runs and form a winning partnership with Williamson.

The moment RCB lost the toss and were asked to bat first, the game looked tricky for them. They had named 4 spinners in the team and with dew coming into play late in the game, it was always going to be difficult. The small total didn’t help Chahal, Zampa, Moeen Ali and Washington Sundar either.

Hyderabad will take on Delhi Capitals in the Qualifier 2 on November 8. Delhi, who finished 2nd in the regular table, were beaten by Mumbai Indians in Qualifier 1 and a win would give them the chance to avenge that loss. 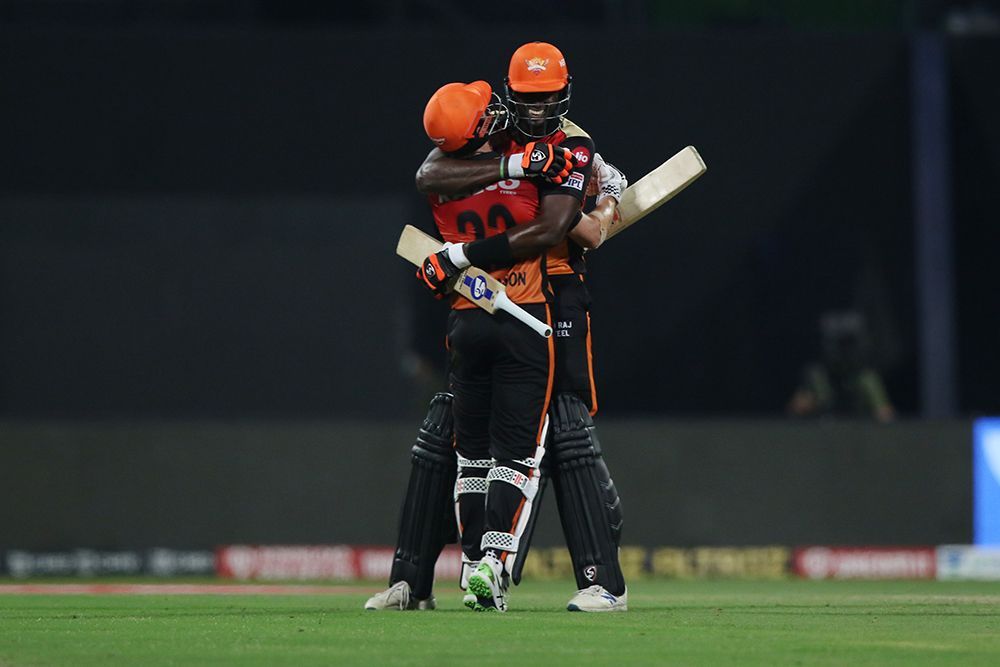