In what was a record-breaking defeat the Wallabies suffered at the hands of New Zealand in The Tri-Nations opener, it would appear that the Australian side has hit an all-time low in recent years.

Australia has only pride to play for the Bledisloe Cup this weekend, as it remains in New Zealand’s hands for the past 18 consecutive years. Wallaby Coach, Dave Rennie, needs to consider serious tactical changes to his on-field game plan as the newly appointed coach has yet to register a victory for the Australian rugby side.

Will we see a stand out performance for the Wallabies this Saturday in Brisbane?

The last encounter between these two sides was entertaining, to say the least!

Following the one-sided encounter last weekend, both teams have looked to make numerous changes for this Saturday’s game in Brisbane. There have been six changes made by Wallaby Coach, Dave Rennie, for this game.

Coach Rennie has opted for the majority of his forwards to remain unchanged from last weekend, whereas his flyhalf selection for this weekend has surprised many rugby enthusiasts. Utility back, Reece Hodge, will start at flyhalf, with last weekend’s try-scorer, Noah Lelesio, dropping to the bench.

New Zealand, on the other hand, has made numerous changes as the bold All Blacks squad are looking to experiment with new combinations in this Tri-Nations match. A total of nine changes have been made in the starting line-ups, along with a few positional switches.

The two most notable position switches see the two-time player of the year, Beauden Barrett, claim the flyhalf position and standout All Black back-rower, Ardie Savea, back in the Ian Foster’s starting line up.

Longtime Australian front-rower, James Slipper, will run out for the Wallabies for the 100th time in front of his home crowd at Suncorp Stadium, in Brisbane.

In what has been a well-decorated rugby career dating back to his first international cap in June 2010, the tighthead prop will become one of twelve Australian players to achieve the 100th international cap milestone.

Three other test debuts in the All Blacks outfit are expected to come off the bench this weekend, including Hurricanes hooker, Asafo Aumua, 20-year-old Crusader lock, Cullen Grace, and Super Rugby Aotearoa stand-out performer, Will Jordan, will all be seeking a memorable All Blacks debut.

With a bold statement made in last weekend’s first round of the Tri-Nations, it may seem that Kiwi Coach, Ian Foster, has unlocked the code of the Wallaby defence.

For most teams, it would be challenging to come back from such a landslide defeat against the same opponents, and this may well be the case for Australia this weekend, too.

The All Blacks current form and ability is far superior to their Tazmanian counterparts, and we are sure to see yet another dominant performance from the Kiwis. With plenty of excitement coming off the bench, as well as the return of experienced players, New Zealand should easily overcome their traditional rivals.

As it stands, the current level of confidence in New Zealand’s set up is guaranteed to provide a huge amount of entertainment this weekend, along with the ability for supporters and opposition alike to witness plenty of tries from the New Zealand team. Overall, my prediction will be a New Zealand victory by 25 points! 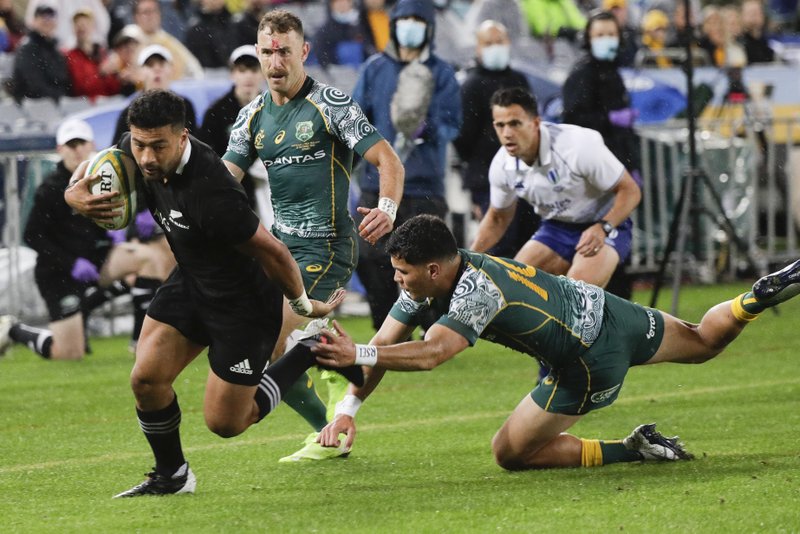