Welcome Back to The Best New Circuit of the 21st Century!

For the third round in a row, next weekend’s race will take place on a circuit that was not included in recent year. The unique 2020 season, partly thrown together once the championship had already begun, sees a return to Istanbul Park, a circuit which saw a lot of excitement between 2005 and 2011.

Most additions to the Formula 1 circus in the past twenty years have been designed by Herman Tilke. Famed for his medium speed sweeping curves and acute hairpins at the end of an overlong straight, Tilke has received a lot of criticism from fans. His circuits are considered repetitive and often to lack the magical challenge of historic tracks like Monza, Silverstone or Spa.

I sometimes feel this criticism is harsh. I was a big fan of the Malaysian track, while the Circuit of the Americas in Texas has a truly fantastic opening sector. And although I am in the minority, I actually think the revamped Hockenheim has improved the standard of racing – admittedly I would love to see them blitz through the forest again though. But one thing is for sure: Istanbul Park is Herman Tilke’s masterpiece.

When the circuit made its debut in 2005, there was a lot of speculation about Turn 8. This fast-long left-hander required the drivers to hit four different apexes in about the time it takes to say it. Get it wrong and your lap is ruined. Ease off and your lap time is significantly hampered.

Tilke even made it partly bumpy and gave it a slight decline before the fourth apex, stating it had been designed to test drivers to the limit. Add in the fact that qualifying that year was made up of just one flying lap each, and the contest for the inaugural Turkish pole was pure magic!

Four drivers, including the great Michael Schumacher, found themselves off the circuit at Turn 8. Already it was being compared to Pouhon in Belgium – great praise indeed in the eyes of any long term F1 fan. While my ultimate favourite corners on the circuit remain the Eau Rouge/ Radillon chicane at Spa and 130-R at Suzuka, Turn 8 at Istanbul had become a legendary corner in just one qualifying session!

The race itself saw action from the start. Giancarlo Fisichella jumped Kimi Raikkonen’s pole-sitting McLaren off the line. Halfway around the opening lap, Raikkonen tried to re-take him, just as the other Renault of Fernando Alonso attempted a move on the Finn.

For a few seconds, all three cars ran side by side, with it being impossible to predict which would round the next corner as the leader. It was Raikkonen who braked latest and he set off to a comfortable victory.

The track soon turned into the playground of Felipe Massa though. In 2006, his team-mate Schumacher was in a close battle for the title with Alonso. But with the pressure rising on the title challengers, it was Massa who held it together to take pole in Turkey.

Team orders were banned at the time, but for a while, the Ferraris ran in 1-2 formation, with fans anticipating a switch – perhaps by staging an error in Massa’s final fuel stop. But fate intervened.

An accident in the midfield resulted in a late safety car. Ferrari had to stack their cars in the pit-lane, allowing Alonso through to second. The result was a scintillating battle for second place, as Schumacher practically drove over the back of Alonso’s Renault, even half attempting a move into Turn 8 on the final lap.

Alonso held his nerve to finish second by barely a car’s length, as Massa took his maiden win in F1. A year later, he repeated the feat.

When Massa took a third Turkish pole on the trot in 2008, his charismatic and lovable race engineer, Rob Smedley, referred to him having “a deranged sense of humour” in order to round Turn 8 the way he had done in qualifying.

Foot to the floor, inch-perfect on all four apexes; this pole was one of Massa’s finest moments. Although he converted the pole to another win, a rare overtake for the lead in this era proved crucial to the outcome of the world championship.

Concerned about tyre wear, McLaren surprisingly opted to pit Lewis Hamilton three times, rather than the conventional two-stop strategy of most of the field. On a lighter fuel load in the second stint, Hamilton made the move and initially built a gap, only for the extra stop to cancel things out. He re-joined from the final stop marginally ahead of Raikkonen and came home second. So, what was the big deal, you might ask?

Had Hamilton not made the overtake stick, he would have been slowed for several laps by Massa’s heavier car and finished third behind the sister Ferrari. This was round 5 of the season. Thirteen races later, Hamilton overtook Timo Glock at the final corner of the year to win the title by one point.

This would have counted for nothing if Hamilton had finished third in Turkey rather than second. Massa would have a world championship to his name and one of F1’s most legendary moments would have meant nothing.

Just like the maiden race, 2009 saw drama at the front on the opening lap. A major change to the technical regulations had seen a shuffling of the order, with Brawn GP – a team saved from extinction less than a month before the opening race – emerging as surprise leaders.

Jenson Button had dominated the first third of the season but was beaten to pole by Sebastian Vettel’s Red Bull. It was starting to look like Vettel would be Button’s main challenger, but a clumsy crash in the previous round at Monaco had hampered his fight greatly. Vettel needed this win.

All was calm at first; then within a few corners, Vettel ran off the track. Button made it past, only to have Vettel dancing over the back of him for several laps. Gradually it became clear: just like Hamilton a year earlier, Vettel was making an extra stop.

By being stuck behind Button, his strategy was ruined. Ironically, he also spent part of the race on Massa’s tail, losing more crucial ground. Button won for the sixth time in seven races, then did not lead another lap all year. He did, however, take his one and only world title that year.

Probably the best Turkish Grand Prix of all occurred in 2010. Even a decade later, it is hard to think about the circuit without remembering the infamous Red Bull collision!

This year they were the fastest team, though neither Vettel nor Webber had much experience of a title fight. Webber led for most of the race, but not only did Vettel seem faster, but the McLarens of Hamilton and Button were also closing too. At around 75% distance, the front four cars were line astern.

Vettel got a good run on Webber and made his move exiting turn 11. The two Red Bulls ran side by side for a few seconds, Vettel on the inside and seemingly through. Strangely, instead of staying on the inside, Vettel opted to try and get back to the racing line before the braking zone, worried about hitting the dirty marbles.

But he turned too early. It was sensational to watch as the two team-mates made contact and both went spinning off the track.

Vettel was my second driver at the time. I can remember shouting at the TV screen: “You already had him, Baby Vettel! Why did you turn back across?”

More was to come, as my perception of the crash differed from other people’s. There was already a suggestion of the team wanting Vettel to be their clear number 1 driver, but it surprised me when the Red Bull management placed the blame on Webber for not backing out of the battle.

Less than two months later, Vettel was given priority on front wing parts for the British Grand Prix, only to damage them in practice. The team then removed parts from Webber’s car and gave them to Vettel.

When Webber won the race, he famously stated “Not bad for a number two driver” on his team radio. This fantastic rivalry between two very different team-mates had reached an all-time high in Turkey 2010.

Even on the track, the drama was not over. Hamilton was now seemingly heading to an easy victory when with ten laps to go he was instructed to save fuel. This was the first year without refuelling stops since 1993, so teams were still working out the best methods of making the fuel tank as light as possible whilst still making it to the chequered flag. Drivers being told to ‘lift and coast’ was becoming common.

When Hamilton received this instruction, he pointed out on the team radio that if he did this, Button would close in and potentially pass. The reply came that Button was fuel saving too…

All of a sudden, for the second time in about a quarter of an hour, we saw two team-mates wheel to wheel for the lead of the Turkish Grand Prix!

Button made it through but could not break the tow on the start-finish straight. Hamilton retook him immediately, in a move which lasted two or three corners. Button was now reminded to fuel save and later blamed a misunderstood radio message for him having made the overtake.

Hamilton won in Turkey for the only time to date – do not be surprised to see him repeat the feat ten years later.

Sadly, the final race to date was not a great one. Vettel won at ease in 2011, in one of the early DRS races. On this occasion, the new overtaking system was far too easy and led to motorway style moves being completed long before the corner.

While Turkey was a success with the TV fans and those overseas, the live attendances were not high enough for the promoters to afford the entry fee any longer. After just seven years, one of the sport’s best circuits was removed from the calendar.

As it returns next weekend, I feel very excited to see the drivers master Turn 8 in wider, faster cars; I am hopeful of a good race because let’s face it: this circuit has a history of excitement. The only problem is that history is currently too short.

I shall keep my fingers crossed that the best new circuit of the 21st century becomes a permanent fixture in Formula 1 again. 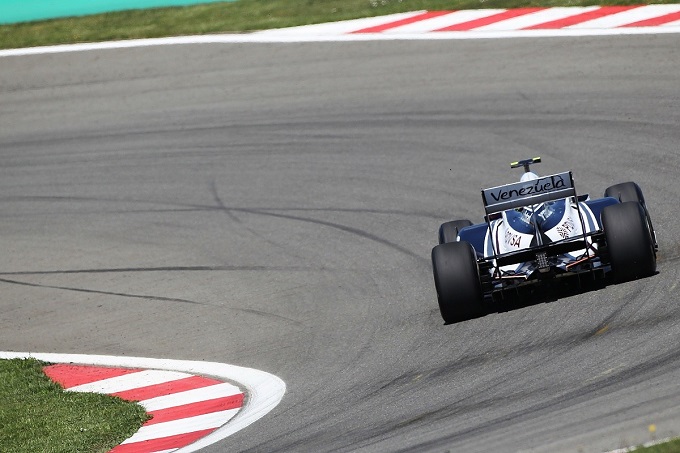