The Highlanders end their Super Rugby Aotearoa final weekend on a triumph, drawing the inaugural tournament to a close with a 38-21 defeat to The Hurricanes. In what was a surprise for many rugby supporters, the Otago side saved their best performance on their last fixture at home, in front of an empty Forsyth Barr Stadium. Due to a slight recurrence of Covid-19 cases in Auckland, The Blues game against the Crusaders was cancelled, which made Saturday’s Super Rugby Aotearoa final game – of which The Highlanders displayed an outstanding performance.

In what was a closely contested fixture between The Highlanders and The Hurricanes, both sides walked into the tunnel at half time with 14 points apiece, with two converted tries each. With plenty of pride to play for, many would have predicted the visiting Hurricanes had more to offer in the second half. What was said by The Highlanders Head Coach, Aaron Mauger, seemed to be all the home side needed as they scored three unanswered tries before The Hurricanes scored one back in what seemed to be their consolation and ultimately, have their last say in the Super Rugby Aotearoa final fixture. In the end, 5 tries to 3 gave The Highlanders an emphatic home victory with an impressive scoreline consisting of 38-21.

What were your predictions for this final Super Rugby Aotearoa game? Check out my (not-so-great!) predictions here.

The Highlanders were the superior side on the day, with a comprehensive Super Rugby Aotearoa final performance. Their two key players made maximum impact on Saturday’s performance; Co-Captains, Ash Dixon, who played his 100th Super Rugby cap, alongside Aaron Smith, who also reached his 150th Highlanders game, drove their side forward and were the game changers for their team. As both of them are considered the most influential players in the forwards and backs respectively, their fine performances this past weekend, guaranteed that The Highlanders cruised to an outstanding performance against The Hurricanes.

With a successful, inaugural New Zealand rugby tournament, numerous positives have been mentioned as audiences from all over the world, witnessed an entertaining rugby extravaganza. With minimal planning on such short notice due to the global Covid-19 pandemic, New Zealand Rugby Union have every reason to be proud of their efforts. Following the success of the Super Rugby Aotearoa final weekend, many rugby enthusiasts believe the tournament will continue in 2021.

Would you like to see another Super Rugby Aotearoa in 2021?

As the Super Rugby Aotearoa final weekend has drawn to an end, a special mention has to go out to The Crusaders for displaying a dominant tournament performance with many standout performers. Many amazing athletes made clear statements through this tournament, which kicked off over two months ago, back on the 13th of June 2020. A few memorable players’ worth mentioning are:

Overall, the tournament left us all glued to our screens, and I for one am very much looking forward to the next one. For now, here are the tournament players I believe make up the ultimate Super Rugby Aotearoa Final XV: 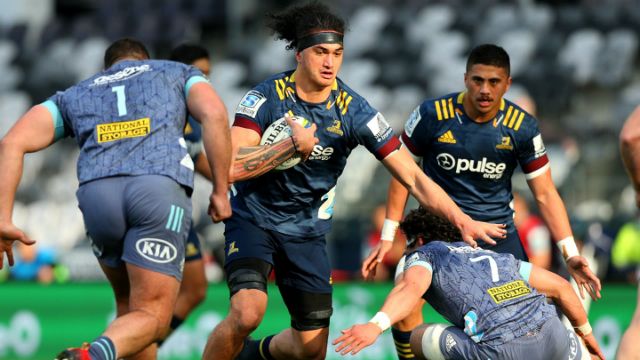