Manchester City have always failed when it comes to the big European stage that is the Champions League. Nonetheless, few of the exits will have hurt as much as last night’s 3-1 defeat to Lyon last night. This was somewhat, their best chance to claim the most coveted prize in football.

Pep Guardiola’s men played with panache and confidence to dismantle Real Madrid in the previous round; setting up a quarter-final tie with Lyon in a new one-leg format in Lisbon which appeared to suit City.

Unfortunately, like the past four seasons under Guardiola, City have failed to overcome the quarter-final barrier and progress into the semi-finals if the Champions League.

Guardiola had said this was a “once in a lifetime” opportunity, however, it was wasted yet again by the Cityzens.

The surprise 3-1 defeat to Lyon (somewhat the underdogs of the competition), surely means this season has been a failure for Guardiola and Man City; especially when measuring up against their ambitions and standards of the club. A minimum requirement is surely a piece of major silverware (Champions League, Premier League or FA Cup).

Despite winning the Carabao Cup against Aston Villa, the season has still been somewhat underwhelming for Man City. The Premier League title race with Liverpool was over by Christmas and the disappointing FA Cup semi-final exit to Arsenal (whom eventually went onto win the competition).

No one at City, from the board, to the players and fans, would deem this as acceptable. The players and the manager, have let the board down and most of all, the fans.

City were defeated in the quarter-finals in last season’s campaign by Tottenham; undone by a deft touch and a VAR offside in the last seconds of the second leg tie. With this game, they can say they were definitely victims of injustice.

City defender Aymeric Laporte, appeared to be fouled by Moussa Dembele, before putting away Lyon’s second goal of the night. Unfortunately for City, the referee and VAR disregarded the appeals.

Perhaps one of the biggest blunders anyone has witnessed since the restart of football. Man City starlet Raheem Sterling; scoring 31 goals this season, lashed the ball over an open goal from 6 yards. The score was 2-1 and he had the opportunity to level the scoring and change the course of the game. Then, no less than a minute later, City keeper Ederson, fumbled a routine shot from Houssem Aouar; Dembele following up with a brace to knock City out of the competition.

You could argue that Guardiola is to blame for this defeat. He had an over-respectful approach to the game; playing with a back three which allowed Lyon to capitalise and grab a foothold in the game. Guardiola also left out a number of creators and influencers of the game; with the likes of Bernardo Silva, David Silva, Riyad Mahrez and Phil Foden were all on the bench.

City certainly lacked creativity in what was a dull first half display. This allowed Lyon to grow into the game and gain confidence at the same time. It can be said that Guardiola over-thought his approach to the game, a common problem he’s had with previous Champions League encounters. Lyon are no doubt, a decent side; knocking out Juventus in the previous round and proved yet again last night, they are capable of beating anyone in the competition.

Last night’s defeat raised concerns over the faults within the City team that caused them to lose nine league games and being outclassed by Liverpool in the title race, outperformed by Arsenal in the FA Cup and now defeated by the underdogs of Lyon; claiming a smash and grab win.

If City were to beat Lyon on the night, they would come up against Bayern Munich in the semi-finals. A German giant who annihilated Barcelona 8-2 the night before. I guess we will never know if they’d have fared the brutality of Bayern Munich as City simply haven’t shown the resilience to get to the last 4 under Guardiola.

In his first season in charge at Man City, Guardiola reached the last 16 of the Champions League and then the quarter finals in his next three. For City and the reputation of Pep, this is simply not good enough and can’t be masked by the domestic dominance they’ve presented in recent seasons.

Before Guardiola, City won league titles under Roberto Mancini and Manuel Pellegrini; while Guardiola has had his fair share of success, he was appointed as the man who would break the hoodoo and claim the trophy that would confirm their place amongst Europe’s elite.

Unfortunately, for Pep he has yet to achieve that goal.

Questions have been raised by Guardiola’s system in recent times, especially with City’s self-destructive defending; a prominent feature this season.

Guardiola missed a key trick in replacing Vincent Kompany this season, a man who was a big presence and a leader in the team, surely knows this side is in need of a fresh start.

Unfortuantely for City, they will be without David Silva who leaves the club for good after tonight’s game. The Spaniard has been an icon at the club for over a decade. Silva was thrown into the deep end in the dying embers of the game, as a panic substitution in last night’s defeat.

Promising talent, Phil Foden will look to replace Silva, whilst latest addition Ferran Torres from Valencia will provide some competition. However, it’s the defence that Guardiola needs to desperately address.

Laporte is a top defender, though has made many mistakes this season. The arrival of Nathan Ake from Bournemouth is a step in the right direction, although further re-inforcements are required; such as Napoli defender Kalidou Koulibaly.

These additions will raise question marks over the future of England centre-back John Stones; a sporadic figure amongst the side. I’d suspect he’ll be looking for a new club this window.

The full-back positions are also showing frailties. The inconsistency of Kyle Walker on the right and Ben Mendy, Zinchenko or Joao Cancelo don’t appear to have the quality required on the left.

City are oozing with class. Look no further than Kevin de Bruyne, the pace and artistry of Raheem Sterling.

There’s no disguising this, another exit from the Champions League is simply not good enough for City this season. The hole within Guardiola’s success at the club still remains. 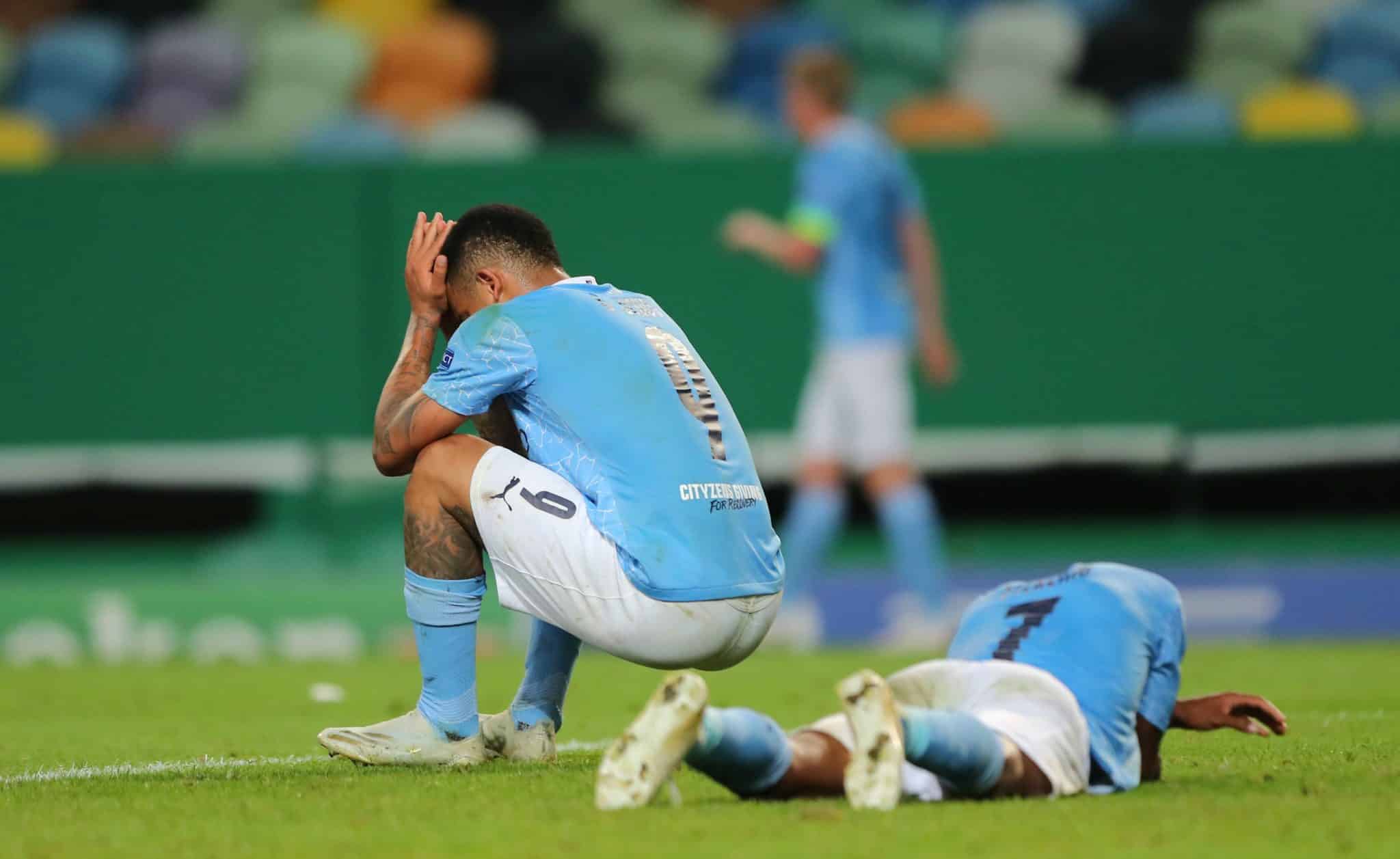