The idea to globalise the Super Rugby competition and incorporate more international teams from Japan and Argentina in 2016 was an interesting idea at the start. On one hand the NZ teams could get a look over the world and promote their brand, while on the other hand the level of competition and excitement for New Zealand fans may decline. The second is exactly what has happened, and there is no denying it.

The Hurricanes absolutely demolished both the Sunwolves and Rebels in the first two weeks, with an aggregate score of 159-23; but were put to the sword by the Chiefs in Hamilton on Friday. The Chiefs start the season 3-0 with three intense NZ derbies, and have looked slick on offense. The Blues managed a strong win over the Rebels 56-18 in the opening game of the season, but the Auckland based team is still on the rise, and may not be at full flight until rounds 5-7 after two average displays against the Chiefs (discipline) and Highlanders (errors) the last two weeks. The Crusaders, like the Blues, are yet to be at their best under new coach Scott Robertson; though have impressively started the season 3-0 like the Chiefs. Whether you want to think the level of class in the New Zealand teams is far beyond anyone else or not, the cracks are starting to widen and the opponents are starting to crumble in the other conferences. The Blues still managed an 8-6-1 record last season even though ranking last among the New Zealand teams, with a heavily inexperienced squad, and Umaga’s first year at the helm. There have been consistent complaints by the NZRU about the toughness of the New Zealand conference, and how, arguably in comparison, the finals are a walk in the park for them.

The Rebels, the earliest ‘newby’, entered the competition in 2011, with a lot of support from the Australian rugby group as well as SANZAR. The depth of talent that Australia had to offer compared to New Zealand and South Africa at the time just was not enough for a new side in Melbourne, so this brought into question why a new team was needed. Players from all over Europe and New Zealand were being plucked and dropped into Tullamarine, and the Rebels are, unsurprisingly, yet to make a playoff run in their minimal seven year career. The Kings from South Africa had a brief stint in Super Rugby in 2013 when the Lions were severely under-performing (Oh how times change), but only lasted one year when they were beaten in a two-leg series prior to the 2014 season. Unsurprisingly one again, an under strength Kings side managed 3 wins from 16 games in 2013. The Kings returned last year along with the new Japanese-based side the Sunwolves, but both teams are pure rubbish compared to the likes of the Chiefs and Highlanders, and even the Reds or Bulls for example. Both teams finished with a combined record of 3-1-26, and a points difference of -736. Even worse, none of them managed a win, let alone a close result against New Zealand teams. To put it nicely, none of the previous teams seem to add anything exhilarating to the competition.

The Jaguares are a bit of an outlier. They managed some wins against the Bulls and Lions a year ago, and close defeats to the Chiefs and Blues. So logically, they should be at least considered for a continuous appearance in the competition. But another argument with the new teams is distance to travel simply to play one game, which takes down the logicality of the Jaguares. A game in Argentina will require a long plane trip, on top of the South African trips the teams must endure, and a game against a team who may be decent on their day, but severely un-reliable. But the South Africa trips often have at least two way games, where for example you might play the Bulls, the Sharks and then on the way home play the Force in Perth. Therefore some sense goes into the fixture planning, which simply cannot work with Argentina.

Is going back to the Super 12/14 format a solution? Yes. It has a feeling of moving backwards instead of forward, but sticking to the roots at this stage is the best bet. Australian teams have seemed to lose their footing recently, and the lack of depth, which hurt the Rebels in their inaugural season, is hurting the rest of the teams now. That would be the main reason for their ‘downfall’, but the teams are part of the Super rugby heritage, they make it up and all deserve a place in the mix still.

14/15 teams, you play each other once a year without conferences, and six to eight teams making the finals. A simple, interesting and what will be invigorating format that is the solution. Is distance to travel and class enough to overall money? It should be. Rugby is too down to earth to care about advertising to such a degree; this is not Soccer. Therefore it should not be an easy decision to say no to expansion and yes to passion. 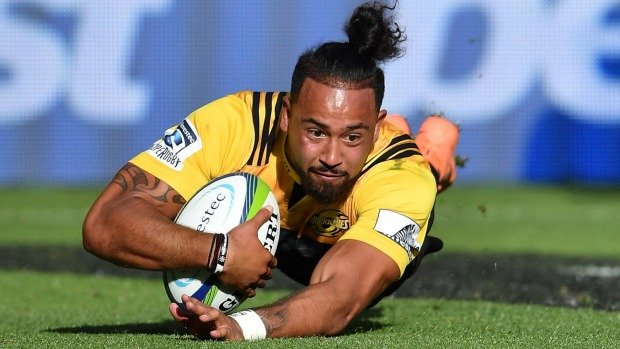