FC Barcelona created history at Camp Nou last night, overturning a 4-0 deficit of the first leg to win the game 6-1 and qualify for the quarterfinal with a 6-5 aggregate score. The highlight of the match was definitely the last eight minutes, during which Barca scored thrice to register this mammoth victory.

Not many people thought that Barca had the slightest chance to qualify for the quarterfinals. Their abysmal performance against PSG at Paris had stacked the odds against them. However, manager Luis Enrique said prior to the game that if PSG could score four against Barca, his side could score six against them. Fans had no idea that the Catalan manager was not kidding; rather he was confident that Barca would do the unthinkable.

Enrique opted for a 3-4-3 diamond formation for this match, going for all-out attack. He had Umtiti, Mascherano and Pique in defence; Iniesta, Busquets, Rakitic and Rafinha in midfield; Neymar and Messi in the wings and Suarez as the striker. ter Stegen was the keeper.

From the opening minute of the game, Barca sent the message that they meant business as Suarez scored in the third minute, nodding in a cross from the right after the PSG defense failed to clear the ball. Barcelona mounted more pressure and PSG decided to defend deep and soak it up, waiting for the perfect opening for a counter attack.

However in the 40th minute, Barca barged in from the left as Iniesta got ahead of Marquinhos and attempted to flick the ball towards goal. Amidst the commotion among Rafinha, PSG keeper Trapp and Kurzawa, the ball deflected off Kurzawa and went in, giving Barcelona a 2-0 lead heading into half-time.

Iniesta was involved in the second goal of Barca

Barcelona started the 2nd half with more confidence and were awarded a penalty in the 48th minute after Neymar, who received the ball from Iniesta, was coming in from the left and was brought down by Meunier in the d-box. Messi scored from the penalty, giving Barca the 3-0 lead.

PSG then started showing their attacking prowess as Cavani’s shot in the 52nd minute came off the post. PSG brought in Di Maria for Lucas Moura to strengthen their attack. With Barcelona constantly going forward, PSG finally managed to score after Cavani fired in a volley to which ter Stegen had no reply in the 62nd minute. This away goal meant that Barca led 3-1, but had to score three more goals to qualify.

Cavani’s goal induced confidence into PSG and they started going forward in search of another goal. Enrique subbed off his midfielders Iniesta, Rafinha and Rakitic for Turan, Roberto and Gomes respectively in order to bring fresh legs in the midfield while Emery replaced Draxler with Aurier for PSG.

As the tie was nearing its end and Barca’s hopes were evaporating, Neymar came to the rescue. Busquets earned a free-kick for Barca from 20 yards outside the PSG d-box and Neymar curled a wonderful free-kick home to give Barca a 4-1 lead.

Two minutes later, Barca were awarded another penalty as Suarez was brought down inside the d-box by Marquinhos, who also received a booking for the challenge. Neymar scored from the penalty extending Barca’s lead to 5-1, requiring one more goal to qualify.

Sensing the urgency, Emery brought in Krychowiak for Meunier during the injury time to somehow defend the scoreline and end the game. But everything would change in the 95th minute as Neymar hurled a long ball into the d-box that was received by an advancing Sergi Roberto, who then scored from a close range for Barca to extend the lead to 6-1.

The tied ended with Barcelona going through via a 6-5 aggregate score. Their 6-1 victory ensured the most insane comeback ever. From the very beginning, Barcelona were hunting for goals and goals from the opening minutes from each half proved that. PSG on the other hand, never intended to attack. It was sloppy defending from their part and their defenders had to go deeper due to the brilliant pressing from Barca players.

Neymar played a spectacular game with two goals and an assist in the last eight minutes. Prior to the game, he had made a bet that he would score at least two goals. The Brazilian did not disappoint. Umtiti had a wonderful game in defense, ter Stegen provided a couple of excellent saves to keep Barca in the tie. Overall, the players played with a form of tenacity and hunger that was missing up to this point in the season.

With this astounding comeback, everything changes for Barcelona now. They head into the quarterfinal being more confident than ever. They top the point table in La Liga and are already in the final of the Copa del Rey. This game proved that if Barcelona are at their absolute best, nothing can stop them from achieving their goal. Luis Enrique should fuel this mentality and keep the players hungry to ensure the desired results in the upcoming fixtures.

The qualification to UCL quarterfinal effectively keeps the hopes of winning a treble alive for Barcelona. Should they continue playing like this, Enrique has the possibility of replicating what he did in his first season at Barca and retire with more silverware when the season ends. Last night’s performance provides everyone with plenty of reasons to hope for that. 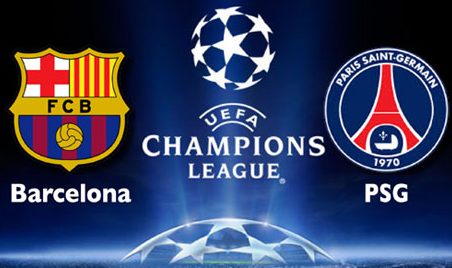