Following the latest round of cup ties, where dwindling attendances are evident, has the League Cup come to the end of the road?

Maybe it’s your grandparents’ gaudy curtains that have been gradually accumulating dust since 1971 or the perm that your nan has had since her heyday in the early 60s, both are fairly accurate signifiers of one’s age. Yet, is what you call the League Cup the best litmus test for revealing how many miles you have on the clock? Depending on whether you call it the Milk Cup, Coca Cola League Cup, Carling Cup, or the present Carabao Cup (or any of the sponsorship names in-between), the league cup seems best served as an age test these days.

Away from its age-revealing capabilities, the League Cup has proven to be somewhat divisive over the years. From the matter of fixture pile-ups and adding further, unwanted games to hectic schedules, to the fact it seems to be a one-horse race of late, should English Football be done with this knock-out competition altogether?

The tournament was originally the bitch-child of Sir Stanley Rous, who was looking at the conception of a new knock-out competition specifically for those who exited the FA Cup prematurely, in other words; a consolation cup. However, it was the late football league secretary, Alan Hardaker who actually effectuated the tournament. Hardaker felt the Cup was a solid way for clubs to regain lost revenue and would aid the restructuring of the football pyramid. The cup’s genesis was greeted with a certain degree of snobbery from the club’s deemed “bigger”; Manchester United, Liverpool, and Everton initially declined to partake in the tournament, until the prize of a place in Europe was guaranteed to the winner.

The tournament reached its 60th milestone last year, yet it seems the disdain for the competition is even more widespread than it was when it was first conceived. Paltry attendances at an average of just 12,000 per game have been a recurring theme since the competition’s introduction.

Putting that into perspective, in the 2019-20 season, of all the stadiums in the country, with a combined capacity of 2.09 million, only 960,000 spectators were at each match spread across the aforementioned 92 grounds, which is just over 45%. Admittedly, due to the Carabao Cup’s midweek-only presence, threadbare attendances are naturally going to be more prevalent. However, the drastic decline in average live audiences (in comparison to League games) clearly exemplifies the disinterest in watching the competition.

Sir Stanley Rous’ initial premise for the formation of the cup competition was to give lesser teams a second bite-at-the-cherry, yet over the last 20-years, only four sides outside the top 6 have lifted the three-handled cup. And in the last 10-years, Swansea City (who were a premier league side at the time) has been the only anomaly in a period dominated by Manchester City. Unlike the FA Cup, there have seldom been “giant killings” in the competition, with the higher-ranked sides usually prevailing over those at the lower end of the pyramid. After the latest round of ties (Round 3), Round 4 includes just four sides from the Championship and below; Sunderland (League One), Preston, QPR, and Stoke.

Another major issue that seems to have been accentuated in recent seasons, is the matter of fixture congestion and the toll the sheer amount of games has on player health. With the “top six” playing a minimum of 46 games in a 40-week season (as well as additional games for those with international call-ups). Championship sides are performing at least 48 times in a season, with League 1 and 2 clubs running out on a staggering 52 (minimum) occasions per season. Pep Guardiola’s comments after his side’s drubbing of League One, Wycombe Wanderers were sadly predictable.

Having started a host of the academy and under-23 graduates, City still made short work of Wycombe. The common thread of overhauling a league XI for midweek league cup games isn’t just a trend amongst Premier League clubs, but rife between EFL clubs too. Starting XI’s are virtually unrecognisable to that of the weekend fixtures- an all-League One affair between Sunderland and Wigan Athletic saw the sides retain just three and two players respectively from last weekend’s league games.

Of course, the League Cup does have its strengths. It offers those in the EFL another revenue stream (that may keep the wolf from the door financially) from television rights, especially when drawn against “bigger” teams, yet the point seems to be lost when half of those sides are knocked out before the top six are even integrated into the competition. It can also be said that Finals are not always necessarily competed between two top-flight sides, three sides in the past 20 years have been from the Championship, albeit all have lost. The League Cup competition also gives Premier League sides outside the traditional top six a chance at major silverware.

However, the tide is seemingly flowing in one direction, and it may simply be a matter of time before the League cup is no more, and perhaps being able to remember it, will be the new age indicator… 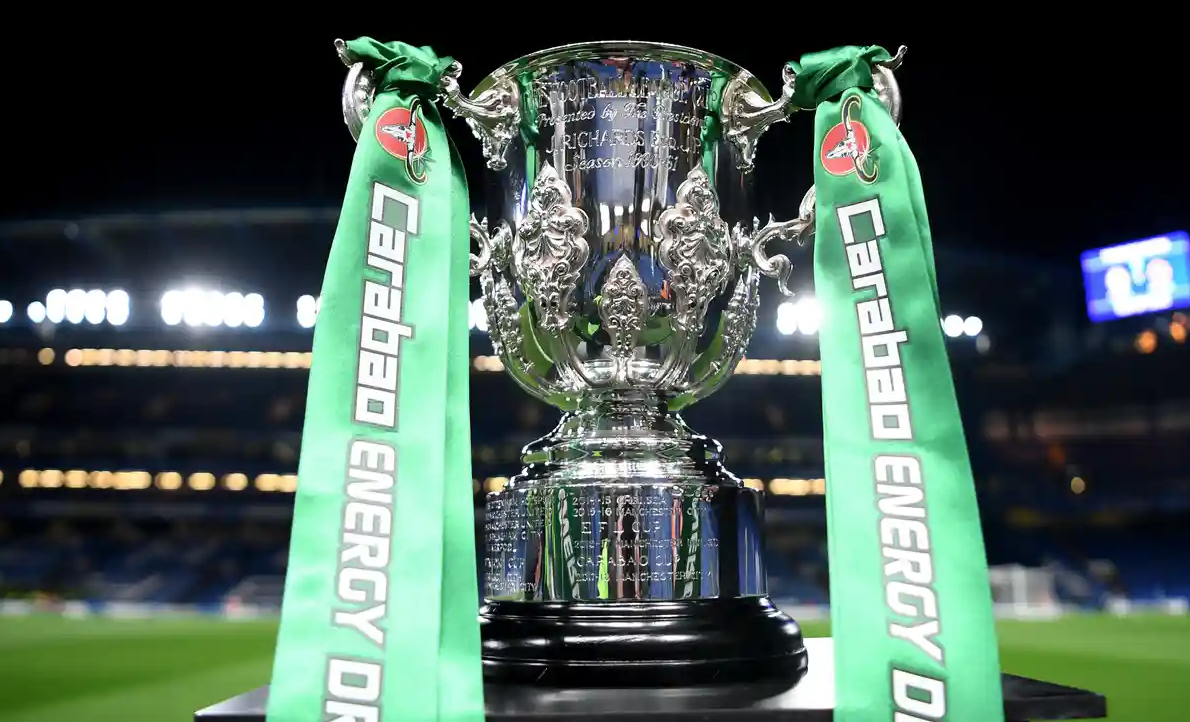