Who will win the Cheltenham Festival 2021?

Last year at the Cheltenham Festival, we saw all Shishkin, Enovi Allen and Monkfish win their respective hurdles races at Cheltenham. This year, they are all the hot favourites once again, and they have everyone questioning whether they can repeat their success at this coming Cheltenham festival. Currently, the Cheltenham odds are there for all races, before the Festival’s go ahead. Of course, Shishkin, Allen and Monkfish will all be there with their own unique odds building up to the day.

When it comes to Cheltenham Festival, Shishkin, Allen and Monkfish have that experience of ‘been there, done that’s behind them. So, when it comes to mustering the courage behind completing the hurdles races, you would think that you should not find a problem in handling Cheltenham hill right? Between the three of them, they have picked up the novice hurdles of distances between 2m and 3m within the last season. Now the trio is actually touted to translate their success once more over the hurdles to larger obstacles such as the fences.

Shishkin is actually the best price to land the Arkle, whereas Allen is the general pick for the 5-6 Marsh Novices Chase. Monkfish is not bigger than the 8-11 for the Novices Chase, or the RSA as formerly known. One thing they all have in common here is, none of them actually have lost over fences and when we combine the form they have achieved, it actually reads as F1111122111111111111111111. Of course, if you want to make sure that the point form is included, you may as well as a couple of ones on there too, again.

The odds on a treble of the three are generally around 5-1, with the young stars being pushed as the winners again and the top of this year’s Cheltenham season. Perhaps the year after this, they will have yet another win up their sleeves and can chase the Champion Chase, the Ryanair Chase and the Cheltenham Gold Cup as their next prize. The jump races can change within a second and the favourites will need to produce around 15 minutes of perfection to ensure they are to be first past the post.

Below are the three horses mentioned and who we think will make or break the coming huge festival of Cheltenham. We will look especially at the inflated ante-post odds too.

Shishkin’s trainer is Nicky Henderson and the jockey is Nico de Boinville. The general odds of Shishkin are at the moment at Evens.

Last season Shishkin managed to overcome huge adversity to win the Sky BetSupreme Novices Hurdle. His faultless starts over the coming fences made a 147-rated rival last season. Currently he has 164 marks and is the last Arkle to have such a high rating. The last one as high was Footpad who actually won in 2018.

The jumping Prowess of Shishkin is yet without mistake. Currently, 35 fences have been secured at Kempton with great confidence and fashion.

Shishkin is able to move with huge speed at his command. Currently, he owned the extended 2m3f, and has been the strongest to finish all the races so far.

Shishkin of course managed to take the lead and overcome all the traffic to the outcome of winning.

The racing was predominantly soft and was definitely an impressive win when he returned to Kempton.

To run with three rivals against you in one chase, there could be a shock towards Shishkin’s system, by running at a searching pace for example. However previously last season there was not a flinch from him with the 15 other runners against him.

Shishkin ticks all the boxes to consider for the line-up and possibility of his win. However, the lack of experience in comparison to the other competitors could cause a slip up (it happens), and the one stumble that could be possible for him is going against Energumene, who is another similar enthusiastic horse in the running.

Allen’s trainer is Gordon Elliot, and the jockey is Davy Russell. Odds for Allen is 5-6.

Three years ago, Allen had won point for point with the horse known as Appreciate it. And was in third place for being flawless. With eleven wins under his sleeve and two of the five grade-one triumphs being actually achieved at the one and only Cheltenham, he has a rating of over 160, thanks to the Ballymore Novices Hurdle. He is yet to have a mark over the fences by the handicappers.

With 40 hurdles Allen has liaised with, he’s highlighted amazing fluency and competency, Allen has nothing to fear here. Ruby Walsh has also mentioned being one of the many admirers of this horse and the technique of Allen amongst the latter.

Envoi Allen has a dozen wins which include points success. These have been achieved over the 2m and 2m5f distances. Gordon Wlliot identified Marsh Chase as the festival target from the beginning of the upcoming season. Arkle has also got Allen entered, with the Festival Novices Chase too, however, there is no suggestion of the target moving. There has been an ambition for the £400,000 winnings from the Gold Cup, but this trip needs to be taken one step at a time, no doubt.

The previous form is great and successful. There has been a delivery of the goods during the Champion Bumper and the Ballymore too.

The versatility is effective and Allen is able to win on all grounds that range from good and heavy.

There are many professionals within sports that believe the sudden switch from the stables is not the best decision. There is also a report of a wind op that had occurred before the start of the season too. Could this be a possible detriment to Allen’s performance this season? Time will supposedly tell, right?

He has yet to make achievements that highlight his career, being that he is a novice within the chases. But you can after all only beat what you are faced with, so this could be a good opportunity to prove otherwise? Time will tell and it is fast approaching, the time to prove himself.

Monkfish is trained by Willie Mullins and has the jockey Paul Townend. The odds at present are 8-11.

Monkfish has always taken his time when it comes to making the hurdles, however that has not stopped him from landing the Albert Bartlett Novice’s Hurdle last year within the festival. The switch he made to the fences has not caused him to even flinch, meaning he was able to have style and fluency for the 2m 5f Fairyhouse and thus it also followed by a Grade One victory at the Neville Hotels Novice Chase through Leopardstown. His reputation was elevated when he managed to push rivals during the Flogas Novice Chase the last time.

Monkfish has been described as a horse with an amazing and accurate attitude when it comes to jumping over obstacles. Especially during the time at Leopardstown where he could have lost the advantage to the Latest Exhibition. Cheltenham will bring forward new challenges and it will be faced with the same attitude by all runners. Monkfish being a hopeful forward to surpass them.

Monkfish has stamina with unbeaten four stars demonstrated in the 2m6f and it is therefore believed that the Gold Cup will be received in the right time and possibly during this season. Yet, it will only be known when the time comes of course. The National Hunt Chase saw Monkfish for the 3m 6f previously too.

He jumped well during the new course of last season, he had one bar blunder during the halfway mark, however during the Novice Chase at the old course, he was sharper and did not drop any speed whatsoever. This was his downfall last time and responsible for the trip. This race now coming up should show preservation of stamina but correction of previous mistakes.

He has great versatility going from soft to heavy ground, and therefore will not have anything to worry about, especially in terms of underfoot conditions for example.

Don Poli and Denman have been the only winners thus far within the century, to have clean records over fences. Monkfish does not have a 100 per cent record when it comes to clearing fences.

Monkfish has everything to like about him. He has demonstrated great flair and ability during the last Dublin Racing Festival. He also managed to establish his record within the best divisions of the season. Yet, this does not make him clear of any room for improvement. This season is the perfect stance to demonstrate it and how far he has happened to come. 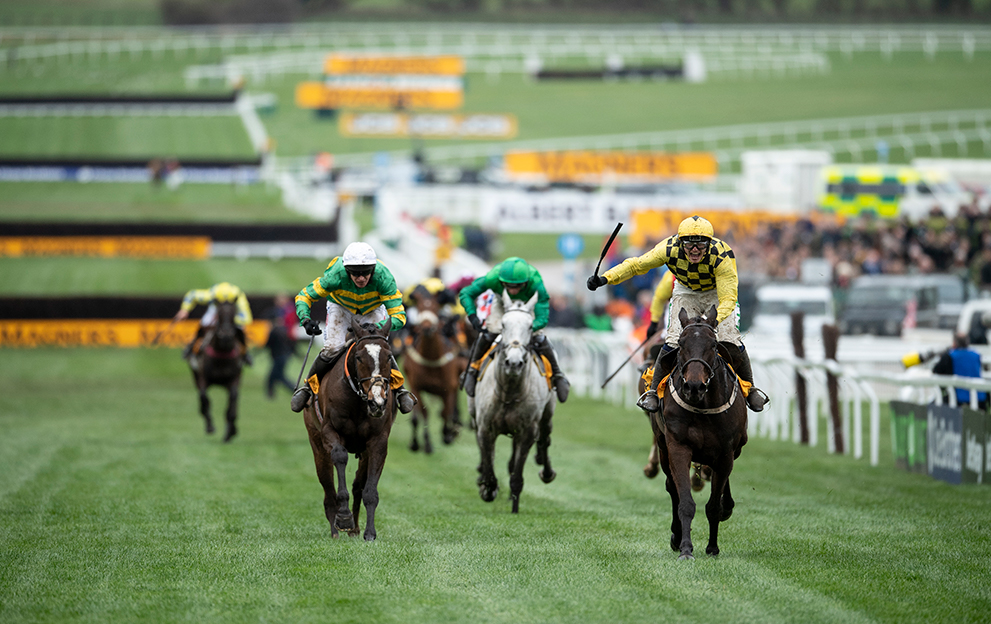