Coming into the 2016-17 NHL season, the Edmonton Oilers were expected to be a much better team than last year.

But had you told Edmonton fans that after the first week and a half of the season, the Oilers would be 5-1-0, they probably would have said you were crazy.

That’s where the Oilers are sitting right now, first in the league standings with 10 points from 6 games. They have beaten their opponents handily, with their only loss thus far this season being a 6-2 blowout at the hands of the Buffalo Sabres.They have been led to their hot start by 2 key pieces: the scoring force that is Connor McDavid and the solid goaltending of Cam Talbot.

The Oilers’ offence has sprung to life to start this season, fuelled by McDavid. McDavid currently leads all skaters in the NHL with 9 points in 5 games, and he has shown no signs of slowing down. Prior to this season, many pundits stated that it wasn’t out of the question that McDavid could challenge for the scoring title, and thus far, the 19-year-old hasn’t given them any reason to back down on that prediction.

It will be hard for the Oilers to continue to be a bad team as long as McDavid leads the way. And it’s not just McDavid providing the offence either. His linemates, Lucic and Eberle, are performing as well, with 4 and 6 points respectively. Contributions are also coming in from deeper down in the lineup.

The Oilers currently lead the league with 23 goals, and feature seven different players who have scored at least twice so far. The only forwards who have yet to notch a goal are Ryan Nugent-Hopkins and Anton Lander, demonstrating some impressive offensive depth.

The scoring also extends to the defensemen, with 10 of the team’s total 56 individual points coming from its rearguards.

Cam Talbot has been great for the Oilers thus far. Credit: Andre Ringuette/NHLI via Getty Images

At the back end, Cam Talbot has been an absolute rock in net, the Sabres game notwithstanding. Talbot currently leads the league in wins with 5, and picked up his first shutout of the season yesterday against the Winnipeg jets in the Heritage Classic. He also sports a 2.75 GAA and .919 SV %. He has been one of the Oilers’ most important players, and has finally solidified the goaltending position, which was a weakness for several years.

More than any other Oiler, Talbot had to have a good start to the season. He didn’t have the confidence of Todd McClellan for most of last year, losing his job for several months before gaining it back last December and stringing together a solid second half that saw him go 18-19-4 with a 2.34 GAA and .925 SV % over the final 43 games. His performance in the crease was enough to earn him a 3-year deal, and the confidence of the Oilers’ brass that he was the go-to guy in Edmonton for the foreseeable future.

This year he has shown significant growth, and was able to shake off that one bad game and bounce back to record three straight wins, including the shutout, with a 1.00 GAA and .970 SV %, earning him the NHL’s First Star of the Week honours.

Exciting times for @ctalbot33 – the proud new father of twins is the @NHL’s First Star of the Week after a #HeritageClassic shutout! pic.twitter.com/64l3scLfrA

Of course, it’s still very early, but if Talbot can keep up his stellar play, he can help the Oilers take the next step and secure a playoff berth.

However, with all the positivity and buzz surrounding the Oilers at the moment, it’s important to take a step back and remember that this team isn’t perfect. They still have their issues and they are an incredibly young team that still has a ton of room to grow and improve.

The most notorious problem thus far, and one which has been a problem for years, is the defence. GM Peter Chiarelli brought in Adam Larsson and Kris Russel to help stabilize the back end over the offseason, and while the additions have certainly helped, they haven’t been enough. Edmonton has surrendered an average of 33.2 shots per game, which is quite a few more than they (and probably Talbot) would like to be seeing on a nightly basis.

In terms of actual defensive performance, Adam Larsson and Kris Russel are eating most of the minutes on the ice, followed closely by Andrej Sekera. None have been great defensively, as evidenced by their Corsi For numbers, which measure shot attempts. Sekera and Russel are in the mid-40s, while Larsson is in the high 40s, meaning that they have been heavily out-possessed by their opponents. They are among the worst of all Edmonton’s defenseman, although that isn’t saying much, as the best is Oscar Klefbom at 49.11. This group needs to be better in their own end and clamp down on the number of shots they’re letting through to Talbot on a nightly basis if they want their success to continue.

If the defence can improve and the offence and goaltending can continue to click, this may just be the year that the Oilers secure a playoff berth and give their fans something to cheer for.

It remains to be seen if this young group can remain focused and hungry for the long grind of the season. Yes, the team has performed admirable to this point, but it’s important to keep in mind the small sample size; it’s still incredibly early. The Oilers will face their toughest test of this young season when they take on the Washington Capitals on Wednesday. Depending how they perform, fans will be able to gauge the team’s performance for the rest of the season against true contenders.

If they win, the Oilers may just be for real. 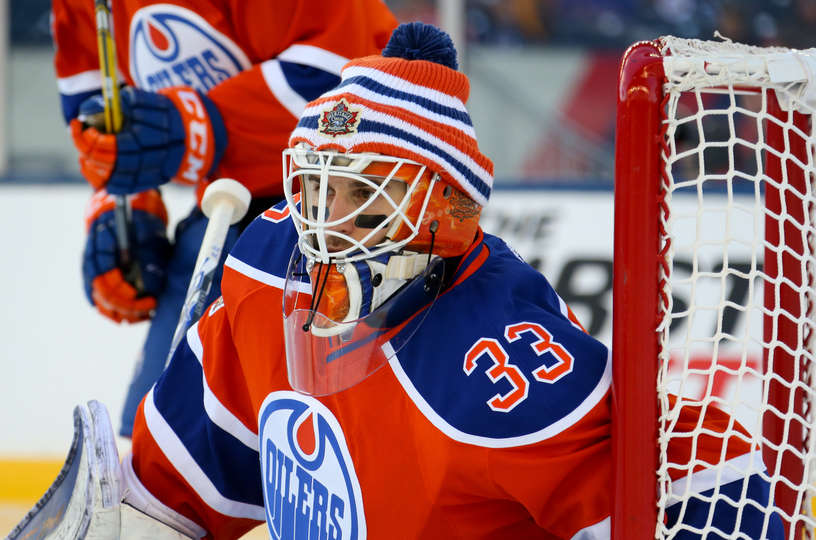