What next for the Nextgen as another meaningless fight is cancelled?

Chris Eubank Jnr The next big thing, The Brighton hope, NextGen hashtag, son of the father, carrying the curse of the brilliant dad hanging around his neck, the Julian Lennon of boxing – hype in a tail-spin and only a handful of realistic fights with disinterested dance partners left for him to leave any sort of mark in the fight game.

It started so well. The brash mini-me who announced himself as a fighter that wanted to replicate and surpass the stellar achievements of his dad. Indeed, he had his father, Chris, mentoring, and the former champion’s coach, Ronnie Davies, in his corner. This seemed like the good old days of boxing, freshly renewed.

The exciting young talent, moulded in his father’s image, all chiselled jaw and ripped genes, confidently declaring that he was going to cut a swathe through anyone in his path. Here, we thought, was the mouth, and the precisely pleated trousers. A showman, extrovert, fearless.

It didn’t hurt that albeit in another weight division, shining a little less brightly, was one Conor Benn, son of the father’s former nemesis, Nigel. What a story they promised us with this scenario. Former foes producing heirs to their thrones. Hell, the seniors were even going to lace up again for one last payday dust-up.

For a while there, the hype seemed real. Chris Jnr can fight. He has stamina, determination. A stylist with an aura of belief, a granite chin, and a confident skill set. All that was missing was the way with words. Chris Jnr does not have the soundbite sovereigns in his speech patterns like his father before him, preferring instead to dismiss his opposition as not worthy of his presence in the same ring.

And as he set out on his own journey, he backed up the hyperbole, albeit against requisite journeymen, the traditional progression of fighters of promise being brought on. And then, in short order, he found his own Nigel Benn nemesis in Billy Joe Saunders

They all said it was too soon for Chris Eubank Jnr, but he stepped up, believing he could upset the odds, calling out Saunders in a bid to dethrone the incumbent by taking his British, European, and Commonwealth middleweight titles. The unlikeable Saunders bit the goading stick and assumed the role of villain to the younger pretender, agreeing to the contest in order to teach him a lesson.

But after all the vitriolic trash talk, and disrespecting war of words beforehand, the two produced a fight worthy of the name. And in the end, Saunders was relieved to come out with a split decision win. Indeed, but for a very slow start from Eubank Jnr, many pundits believe there could have been a very different outcome. By losing, Jnr had won something: respect from the boxing fraternity.

Good wins against Fedor Chudinov, Gary Spike O’ Sullivan, and a hideous one-sided dismantling of Nick Blackwell for his British middleweight title followed, raising Eubank’s profile higher, and calls rang out for the inevitable rematch with Saunders, now for a world title.

Yet here, the Eubank enigma first surfaced. Despite promoter Frank Warren’s claims that numerous offers were made and venues discussed, Saunders v Eubank Jnr 2 has never materialised. Accusation and counter-accusation of unsigned contracts and many opportunities to get it on, going unanswered.

And as if in response, instead of making the fight with Saunders, Eubank Jnr temporarily went up in weight to challenge Renold Quinlan for his IBO super-middleweight crown, which he won by a knockout in the 10th round.

Now a world champion, albeit with the much-maligned IBO version, he came out in his next fight against ex multiple weight world champion, the tough, durable Arthur Abraham. Eubank Jnr took the former champion apart, winning every round and the contest to boot, by unanimous decision. No mean feat.

With increased momentum and activity, Eubank Jnr accepted a place in the World Boxing Super Series and came up against George Groves in the semi-final. Once again, a very slow start was not mitigated by furious late action, and Groves, staying securely behind his excellent jab, boxed his way to victory by unanimous decision, despite dislocating his shoulder in the final round.

After the fight, Naseem Hamed destroyed Eubank Jnr in a now-infamous rant in which he claimed the young fighter should retire.

“That’s the be-all and end-all of Chris Eubank Jr. He is not at this level and he is not such a good fighter that he is making himself out to be. He ain’t going to win unbelievable things. Let’s just talk reality, let’s bring it down to where it really is. Let’s talk the truth right now. Is this guy a world-beater? No, he’s not. In three years or four years, he still won’t be.”

“You’re either good at boxing or you’re not,” added Hamed. “His dad’s been saying that he’s unbelievable, that he’s going to shock the world, [we saw the] reality tonight. Reality hits home hard.”

There are many who hold that this verbal assassination of Chris Eubank Jnr would have hurt far more than any of the punches that Groves connected with that night.

But Eubank Jnr dusted himself down after his second defeat and took on Olympic gold, a former champion, and long-time social media rival, James De Gale in a much-anticipated match-up. True, DeGale was not in his pomp, but the manner in which Eubank Jnr fought, knocked down, and totally outboxed his opponent was impressive and sent DeGale into retirement.

The enigmatic roller coaster was there for all to see. Junior has the talent. He has the ability. He is more than a handful for anyone. Yet, when he is about to take that big step to boxing royalty status and fight for major honours, he comes up short.

Like his father before him, Eubank Jnr divides opinion. And who could be a bigger enigma than Chris Eubank Snr? “I am effer-vescent,” he once said. “When did you know me when I effer wasn’t?”

A brilliant, genuine eccentric, one of the most mystifying characters of world boxing – a unique fighting Bertie Wooster, with affected mannerisms. An impeccably dressed, dapper dandy with cane, jodhpurs and monocle. He would have been a nightmare for the British upper classes between the wars as much as he was to his opponents in the ring. A fearless pugilist who took on the very best in the super middleweight division in a series of boxing dramas that gripped the box nation.

Eubank Snr was that rare beast: a sports person, but also a household name, whose madcap moments outside the ring included parking his huge, Peterbilt truck complete with air horn outside his mansion in a millionaire’s row in Hove.

A man who bought the title of Lord of the Manor in Brighton, and then acquired a grade II listed building in the city with over £1.25 million pounds of his own money, to turn into flats for the homeless.

The lisping, articulations of intelligently delivered observations. The posh with spice. He could have been a fixture with the bohemian Bloomsbury set of yesteryear. A marvellous character who, if he didn’t exist, screamed to be invented. A rough, tough Walter Mitty with requisite delusions of grandeur.

But he was not all hot air and Savile Row suits. An excellent boxer, dedicated to the craft, he lived the life. Meticulously. Compassionate and lethal in the ring, television heaven outside of it. Annoying, pretentiously erudite, this uneducated man from the toughest of tough schools, sent to the Bronx in New York when he was a boy to learn the ropes of life the hard way, had returned to the UK a man with an edge.

And he became, through sheer talent and artistry, a hugely divisive and entertaining world champion. In short, he was box office gold, drawing enormous crowds: the fascinated, the partisan, the fans, and the haters.

Who can forget the epic double with Nigel Benn? How brutally uncompromising were those two men in that ring? Or the uppercut from the floor that ended the career and nearly the life of Michael Watson? The battle with Joe Calzaghe when he bravely got off the floor himself to compete to the last bell?

The mind games with Steve Collins? Even when he moved up to cruiserweight and took a horrendous beating from Carl Thompson, twice, he seemed to gain more fans than he lost. He became part of the fabric of British life – a character, loved and mocked in equal measure, for his fearless talent and eccentricity who has achieved that special status like Frank Bruno before him. He is simply and undeniably part of England’s public consciousness and sporting mythology.

And then in retirement, whilst the legend of Senior modulated to bizarre appearances in Big Brother and reality TV bromides, along comes a spider in the fantastically honed shape of his son, Chris Jnr.

But can Eubank Jnr carve out his own piece of boxing immortality? The jury is well and truly out on that one. Already wealthy from his much-publicised property deals, healthy, good-looking, virtually unmarked by his encounters in the ring, Jnr has to ask himself now whether he wants to go for boxing gold and fulfil his rich and undoubted promise.

Recent fights against Korobov, Morrison and Saturday’s no-show contest against Muratov have taken us no further along the road to find out.

There are fights out there: Golovkin and Alvarez, spark the imagination, and a victory over either, especially such an active and extraordinarily gutsy, Canelo, would be an amazing statement.

But like his father’s history repeating itself, it will probably be his contests with a great domestic rival that will shape and define his career.

In that regard, the one fight that will truly get the box office into gear would be the rematch against Saunders before a tilt at a world title. Recently, Saunders, already a wealthy man from his own endeavours in and out of the ring, has demanded a £5 million purse before he will consider taking the fight with Eubank Jnr.

Surely, someone somewhere will call his bluff and see that even at that extortionate price, they can make a big venue fight between the two. It would be a pity if the cries for a rematch fell on deaf ears and the mouth-watering potential battle of Britain contest will turn into an Amir Khan v Kell Brook stand-off fiasco as Eubank Jnr and Saunders remain either woefully inactive or engaged in meaningless matchups that do nothing for their careers or legacy.

One enigma, so many variations. We await the next moves for #NextGen. Hoping that ego and boxing politics get put aside, so we can truly see how on point the 31-year-old 28-2 fighting son of a boxing legend with Roy Jones Jnr now in his corner is in adding substance to his undoubted style – a thing his enigmatic father could do with fearless determination on the biggest stages when it truly mattered. 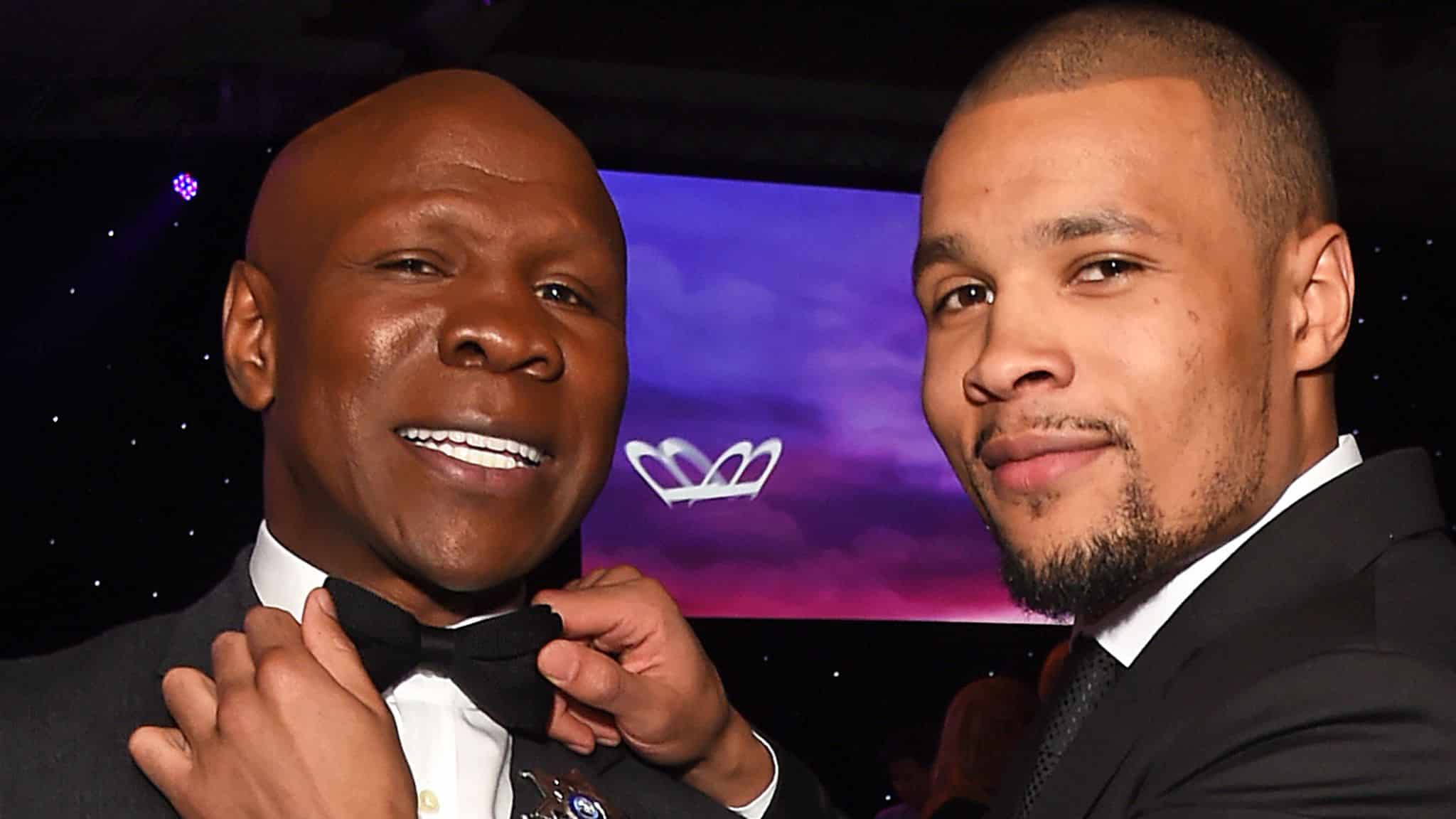