Karun Nair came in to bat for India who was trailing against the visitor’s side and Karun was playing on a mere score of 71. Little did he know that this was going to be the day he would never forget for his entire lifetime. Before this Karun was not known to everyone but after today’s special knock he has booked a place in the heart of every cricket fan all around the world.

Karun not only rode India to a safe total but also provided a chance for India to go on and win the fifth and final test match with his unbelievable and truly stupendous knock of 303* runs. India declared their innings on 759/7. Ashwin and Jadeja also played handy knocks and supported Karun in his run to get a 282 mark run lead against the English side.

Truly this test has been for the batting side, before we witnessed a classy knock from the classy opener KL Rahul who fell just short by a run to get his first double hundred on the home soil. Karun then came in and carried the responsibility by batting with and making useful partnership with Parthiv, Ashwin and Jadeja.

With this knock, Karun joined Sehwag as the only other Indian batsman to record a triple century in Test cricket . On Monday as the day began and as Karun reached his 100 runs mark he was all composed and focused. As an Indian fan, we all knew that we were witnessing something special. A young man playing just his 3rd Test was starting to slowly enter into unknown territory, one that batsman at such an in cube stage in their career, don’t always go into.

India went on to add 368 run on the day before declaring their first innings; Karun contributed 232 of them, which is quite sensational, whichever way you look at it. Nair who averages 51.10 in 39 matches for Karnataka is a fine example of why domestic cricket is of utmost importance for the Indian cricket rather than the IPL T20 league. This 25 year lad made an entry to Indian test team with a performance in the Ranji trophy matches rather than the IPL, where his highest score is 328 runs against arch rivals Tamil Nadu.

Nair also showed one other quality in Indian cricket not seen much often these days – the ability to bat out an entire day. Earlier Rahul Dravid or VVS Lakshman demonstrated such quality where they battled for the entire day against the opponent on numerous occasions. It’s a feature, which is fast diminishing thanks to the improving run rates but is one that needs to be given importance.

While we need to appreciate his efforts it would be too early to consider him as a regular for India, for he needs to do it regularly in upcoming matches for India, in conditions where the attack has a bit more bite and places that may not entirely be tailor-made for batting.

Answers to these questions will come along with time but for now let’s hope that Indian cricket team count on this and registered a win the fifth and last test at Chepauk. 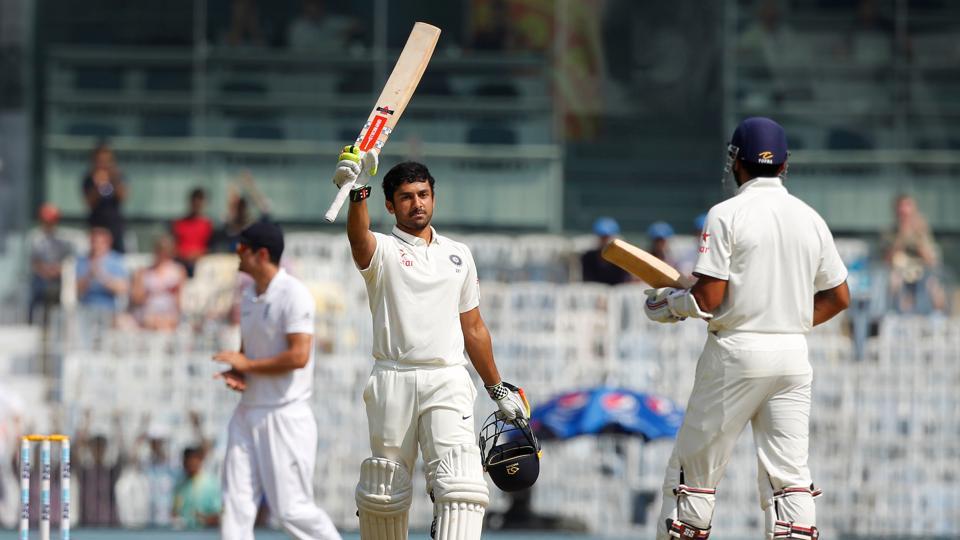