On the 10th May 2021, Russell Westbrook finally broke Oscar Robertson’s record of 181 triple-doubles in the regular season against Atlanta Hawks. Now sitting on 182 career triple-doubles, 36 on the season, let’s recap the career thus far of the Triple-Double King.

Coming towards the end of his 13th year, no one envisioned the stat sheet dominance that Westbrook would exhibit.

Through his first six-year, he had a career of 8 triple-doubles, staking his claim as a scoring point guard on a young, exciting Oklahoma City Thunder team.

After his sixth year though, he really began to add all elements to his game. It began a five-year reign at the top of the triple-double charts in the NBA. 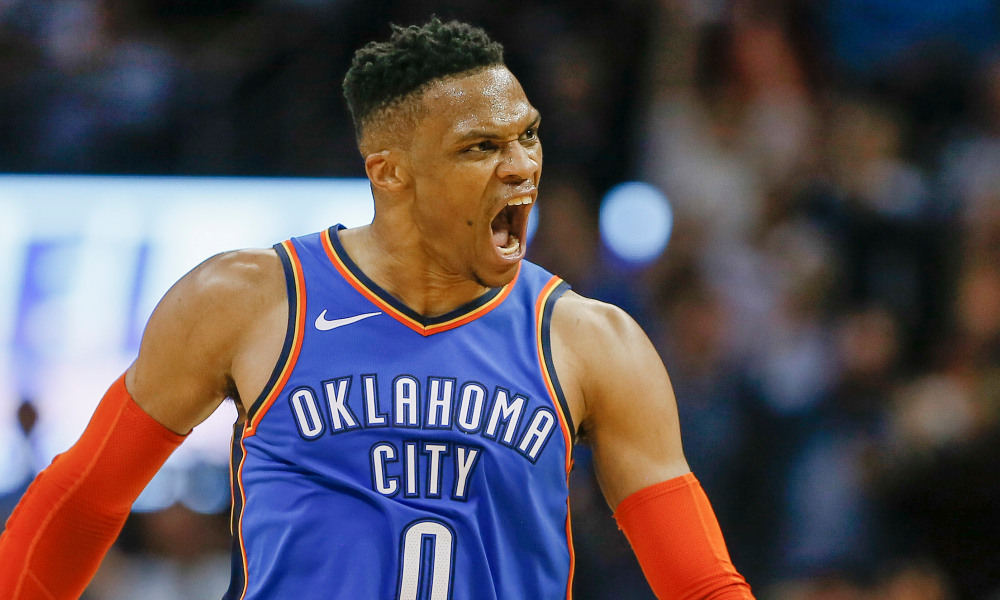 In the 2016 offseason, former MVP and perennial all-star Kevin Durant left the Oklahoma City Thunder to join the Golden State Warriors. OKC was now Westbrook’s team, he the main man and number one option. With a poor team around him, little was expected from OKC that season but Westbrook became a man possessed.

In the season’s second game, Westbrook recorded a stat line of 51 points, 13 rebounds and 10 assists, the first 50-point triple-double since 1975. This was a sign of things to come in what was a record-breaking, historical year for Westbrook.

March 9th, triple-double 31 was recorded. The single-season record of 41 was in sight. The King was chasing the record down.

Westbrook quickly went on to tie Robertson’s record of 41 regular-season triple-doubles on April 4th, a record that previously was thought to be insurmountable.

Three days later the triple-double season was secured. Only the Big O and Westbrook held this title. A truly unheralded season.

Five days later, 42 happened. The Denver Nuggets the victim. Westbrook had done it, and done it in fashion. The MVP was incoming.

Cementing himself as an Oklahoma City Thunder legend, Westbrook went on to record 25 and 34 triple-doubles in the 17-18 and 18-19 seasons respectively. This was no doubt a record that shouldn’t be broken. Three consecutive seasons of triple-doubles. Fifth consecutive years of leading the NBA in triple-doubles. What a stat sheet machine he was. 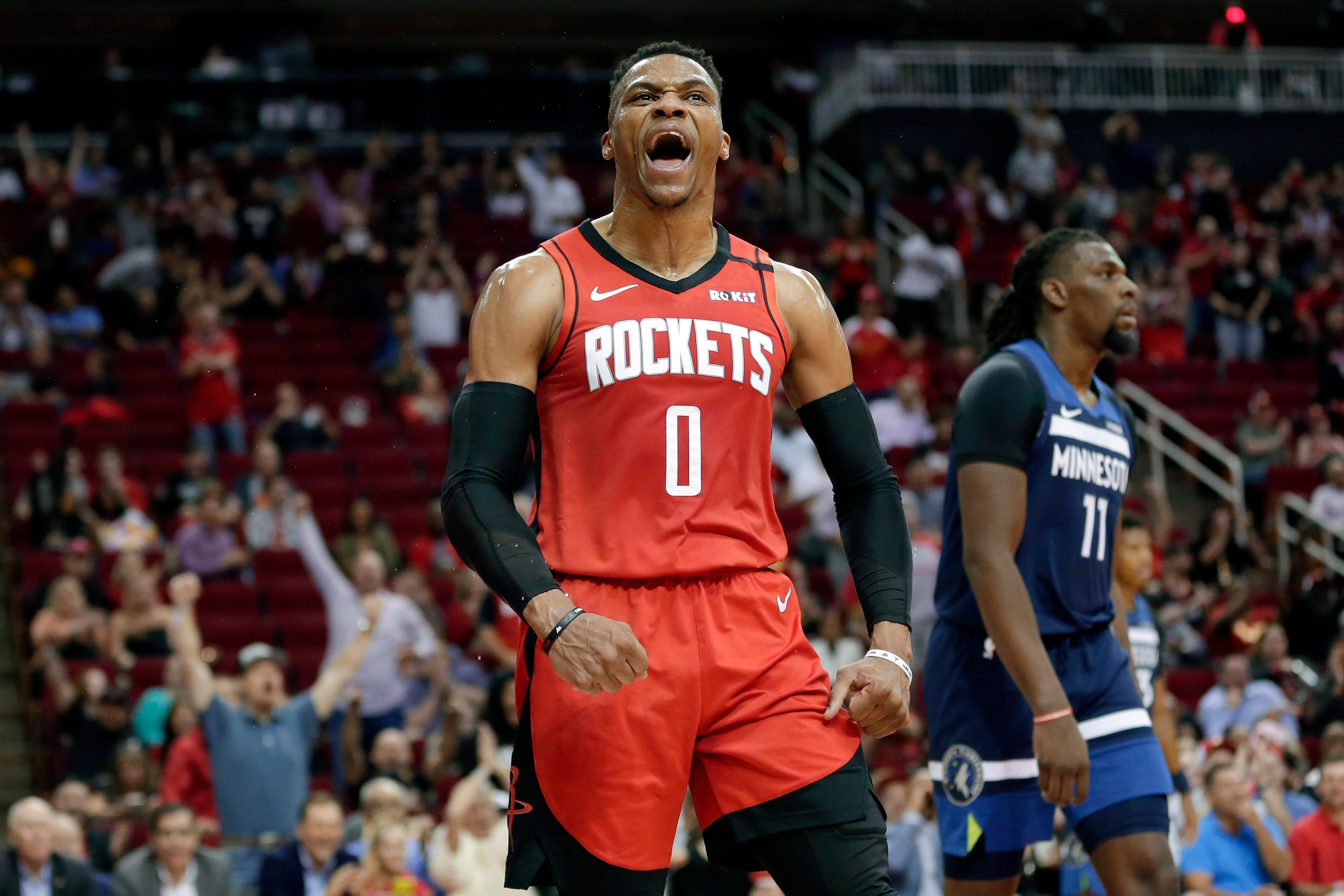 After the 18-19 season, Westbrook was traded to the Houston Rockets, likely due to them being in a much better position to win a title than OKC were.

He had to step back and be the second option on a team that included former MVP James Harden, who was similar because he was a ball-dominant guard.

This eventually equated to Westbrook having a personal down year in terms of his triple-double, stat-sheet stuffing, recording 8 triple-doubles, his lowest since the 13-14 season.

Getting traded again, the second season in a row, it was understood Westbrook wanted a fresh start, being unhappy with the brass in charge at the Rockets. This also likely coincided with Harden airing his grievances and eventually being traded himself to the Brooklyn Nets.

Now with Bradley Beal in Washington, Westbrook was looking to cook again.

After a rough start to the season, the Wizards have had a massive resurgence of late, going 16-5 over their last 21 games and playing themselves into the hot commodity play-in game.

This resurgence in form was largely down to Westbrook’s crazy form of late, breaking the triple-double amount over a single month in April just gone with 14 triple-doubles over 17 games. God-like form.

Now sitting on 36 triple-doubles over 62 games this season, his career is his own. Can he and the Wizards surmount a playoff run? How many triple-doubles will he finish on? 250? 300? 350? Who knows, but we all have to tune in to see. 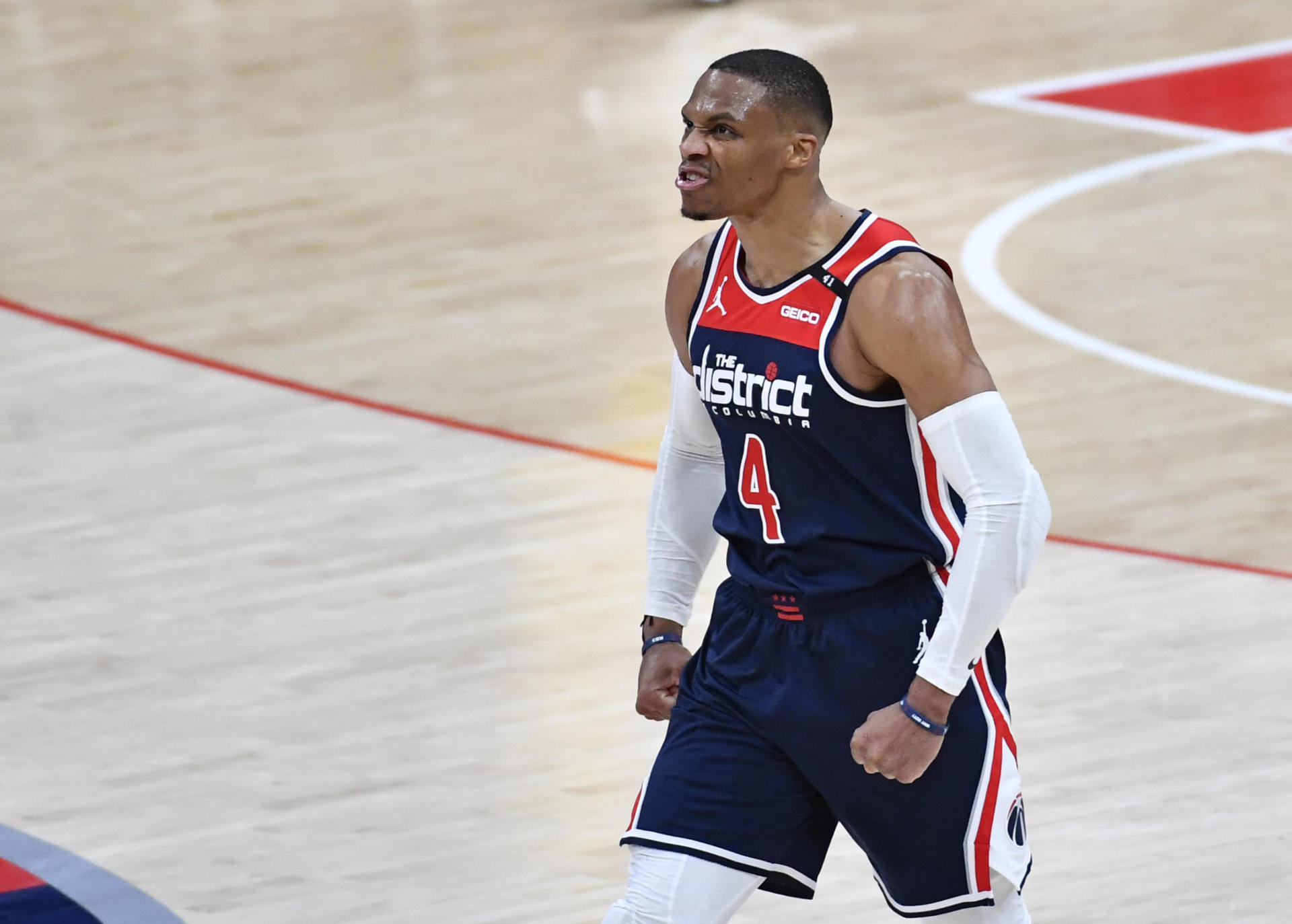