Financial uncertainty during the coronavirus pandemic, has left Everton boss Carlo Ancelotti with a challenging task of rebuilding a mediocre Everton side. However, he has made significant additions to the depleted midfield positions.

Four days before Christmas, Everton welcomed Arsenal to Goodison Park. The game ended in a bleak 0-0 draw. Both Carlo Ancelotti and Mikel Arteta watched their respective new teams from the stands. It was apparent that the pair had a massive task ahead of them.

Everton were in danger of facing the drop before Ancelotti’s arrival. In the second half of the season, the Italian boss steadied the ship, although supporters were left underwhelmed by the team’s end to the season

£60m later, Ancelotti has brought in three players within a week, in an attempt to bring hope and optimism to the blue side of Merseyside.

When Marco Silva was dismissed as Everton boss last November, former player Mikel Arteta was touted as becoming head coach of his former club and Ancelotti heading the other direction to Arsenal. Clearly due to the amount of experience the Italian has.

Back in July, there were concerns if Ancelotti was the right fit for Everton. These concerns were raised after the 1-0 defeat to Tottenham in July. It was a rather bland showing from the Toffees.

At the beginning of the restart in June, Everton had put themselves in a strong position to qualify for the Europa League. After the defeat to Tottenham, the hopes of gaining qualification to the European stage were dashed; showing a lack of desire, enthusiasm and creativity.

Arrivals and Departures this transfer window:

Ancelotti’s side must now rise to the challenge in the upcoming season; starting out at Spurs this Sunday.

Carlo Ancelotti has settled into life in Merseyside, residing at his home in Crosby; taking strolls across the waterside. However, the past fortnight will perhaps be one of the biggest periods he will encounter during his Everton tenure. He’s been working on bolstering the leaky defence and bland midfield.

Under the management of Carlo, Everton were slowly progressing and showing great form in his first few weeks in charge. However, as the campaign was drawing to a close, the form fizzled out.

One of Everton’s strengths in the 2019/20 campaign, was their aerial dominance. Everton won 878 aerial battles last season; more than any other team in the league apart from Burnley and Sheffield United. (968 & 959 respectively). Their ruthless tenacity is represented in the stats in terms of tackles and forward pressing.

The aerial threat from Everton has provided them with 14 league goals. Only their Merseyside rivals Liverpool, have scored more. Everton created 341 chances last season (eighth highest); unfortunately, they could only convert 44 of those chances into goals for the whole campaign. The goal tally was their lowest since 2004/05.

The arrivals of James Rodriguez, Allan and Abdoulaye Doucoure will surely provide the Toffees with more quality, aggression and energy going forward.

Another weak point Ancelotti must address, is the form away from home. Everton picked up five wins on the road last season; winning them by only one goal.

Five teams have also kept fewer clean sheets last season than Everton’s nine. Critics will be turning their attention towards the controversial keeper Jordan Pickford. The England number one has had a host of individual errors, however, not all of them have lead to defeats or dropped points last season. Additionally, Everton conceded 16 goals from set pieces last season. Only relegated side Norwich City conceded more (18). Note: Figures for set pieces exclude penalties.

Allan, who was the anchor for Ancelotti during his stint with Napoli, will most likely play a similar role for Everton this season; helping protect a frail back line. However, the emergence of center-half Jarrad Branthwaite and the return of full-back Jonjoe Kenny will help ease concerns of having to reinforce the defensive line.

Young Brazillian attacker Richarlison will remain Everton’s goal-getter and key asset for the forthcoming season. Ancelotti has set a target of 30 goals for Richarlison; having scored 15 goals in all competitions in the last campaign. The Brazilian has caught the attention of Spanish giants Barcelona. However, Richarlison has confirmed he will remain at Everton for another season and then decide his future. Richarlsion confirmed this when the 23 year old was subject of an £85m bid from the Catalan side. The bid was rejected by Everton. Ancelotti hopes to rebuild the team around the young forward.

Richarlison’s strike partner Dominic Calvert-Lewin also ended the season on 15 goals, unforutnately he was unable to add to his tally after the restart. With the two strikers at a young age, they will no doubt be looking to improve on their goal return. Goals will need to come from elsewhere this season and not just from the attacking duo. Bernard and Gylfi Sigurdsson were joint-third in the goalscoring department last season; both scoring three goals.

What’s the aim for Everton?

Everton mustered one win from their last 6 games of the 2019/20 season. I have great faith in Ancelotti that he has learned from this and knows who can be called upon. The squad is still somewhat contains some deadwood, despite offloading, Morgan Schneiderlin, Kieran Dowell, Leighton Baines, Luke Garbutt, Maarten Stekelenburg, Cuco Martina and Oumar Niasse.

Midfielders Yannick Bolasie and Muhamed Besic have returned from their loan spells at Sporting Lisbon and Sheffield United respectively, however, it’s clear their futures lie elsewhere. Forward Cenk Tosun’s fate has also been spelled out, as his loan to Crystal Palace last season included an option to buy clause worth £20m. Unfortunately, the loan spell was cut short due to injury.

It’s clear to see that Ancelotti has started to mould a team of his own creation. Supporters have been divided in recent seasons due to the inconsistency and poor decision making when it comes to new signings. However, majority shareholder Farhad Moshiri will continue to invest in the club; hoping Ancelotti can bring success to the club, either by a successful cup run or breaking into the top six. 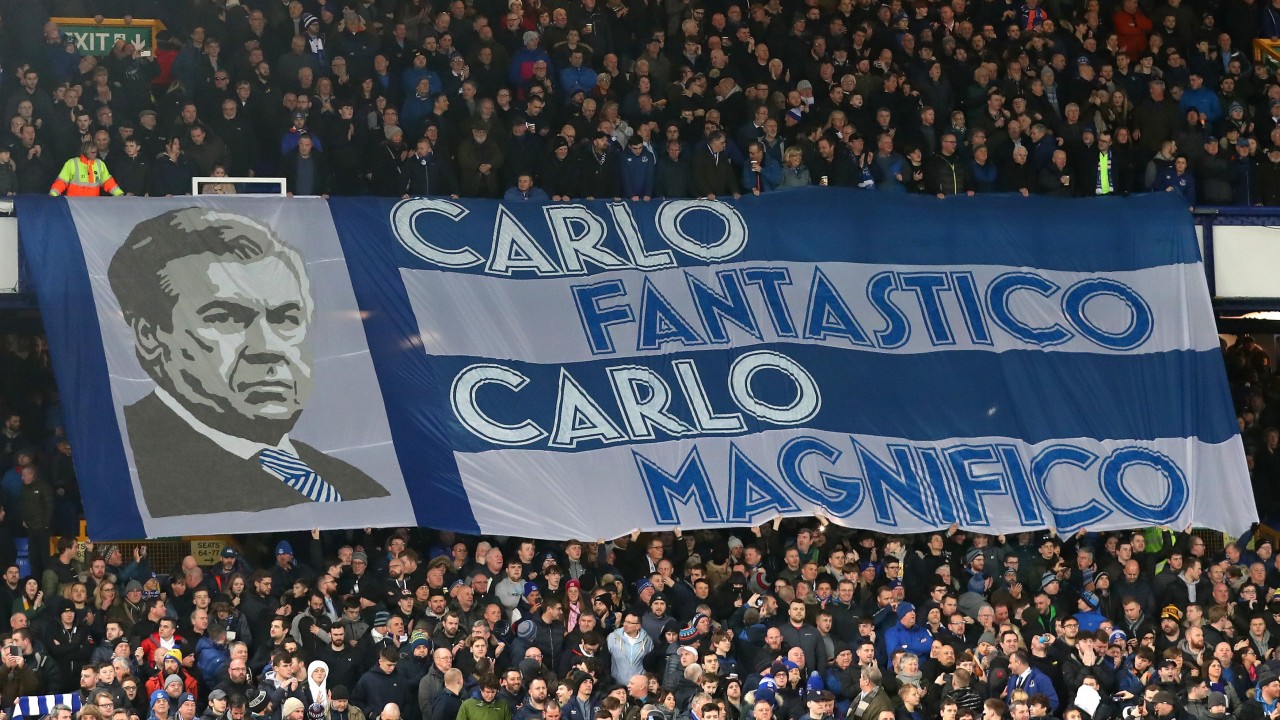