With the Premier League getting off to a start yesterday, I take a look into my team Everton; assessing the shape of the team and their outlook for the season’s rundown.

Everton kick-off their Premier League return with a Merseyside derby clash against Liverpool. With the game being played behind closed-doors, can Everton finally break their duck and defeat their arch-nemesis?

Over 100 days ago was the last time a competitive fixture in the Premier League was played. Before the season came to an end, Everton were handed a 4-0 defeat at the hands of Chelsea. A day Ancelotti (Everton manager and former Chelsea manager), will want to forget. That defeat was an indication of the task that was at hand for Ancelotti’s Everton side.

The long enforced break, has allowed time for those scars to heal. However, some scars have remained as Everton receive some injury concerns. Long absentee Jean-Phillipe Gbamin was due to return to the side before the season came to a halt. Unfortunately, the midfielder has been dealt with more time on the sidelines; suffering another injury. Theo Walcott, Andre Gomes and Fabian Delph also picked up injuries as the players resumed training. This left Tom Davies as the only senior player to remain fit. Morgan Schneiderlin is another option, however, he has been linked with a move back to his native France.

If you were to take a snippet of Everton’s season, one moment that would be hard to remove from memory, is Djibril Sidibe forgetting a sock as he prepared to come to on as a substitute against Crystal Palace earlier in the year. The Monaco loanee’s future at Everton remains unclear; with the loan deal expiring at the end of the month.

You could say that Everton are in a state of limbo and uncertainty. Ancelotti has likened the idea that Everton should be competing in Europe. These talks were welcomed when Everton accumulated 17 points in Ancelotti’s first 8 games in charge. Unfortunately, with defeats to Arsenal and Chelsea, the hopes have been somewhat dashed. Some believe Ancelotti should concentrate solely on the remaining games, with a slight glance into the future.

Before the Italian’s appointment at Goodison, Everton’s winter run was appalling. Successive defeats to the likes of Norwich, Leicester and Liverpool, spelled an end to then boss Marco Silva’s reign at Everton. Now Ancelotti is at the helm, the Blues have pulled off an exceptional run of form. The fans will hope they can turn their fortunes around in the reverse fixtures against those teams; especially their arch rivals.

Everton are currently 12th in the table. It’s vital that they hit momentum from the off with an already bare squad. Fans will want to avoid the familiar dead-end season. A win against rivals Liverpool could lift fans spirits and give them hope that Everton can push on and finish strongly this season.

So what have they got left to play?

The Blues still have to face each of the teams currently occupying the relegation zone, as well as the Merseyside derby and games against Champions League hopefuls.

Plenty is on offer for Everton. They have a massive opportunity to slow down Liverpool’s title claim, as well as clinching a potential Europa League spot for themselves.

With Everton currently sitting in the bottom half of the table, four points behind Spurs in 8th (a potential Europa League spot with Man City’s ban from European Football); Everton could very well still reach the qualifiers for the Europa League.

Man City are appealing against the ban. However, with their Carabao Cup victory, it can also deliver Europa League football for those who occupy 6th and 7th. If the Citizens or a team in the top five win the FA Cup and the ban remains, then the Europa League second-round qualifying spot would go to the 8th placed team in the league.

What else have they got to play for?

In terms of other commitments, Everton have nothing else to play for. They were knocked out of the FA Cup at the first hurdle; suffering a 1-0 defeat at the hands of the Liverpool youngsters. A night Ancelotti will want to bury in the past.

It has been tough for Everton on the road, recording only 3 away wins. Their home record has helped prop them up in the table. This record shouldn’t be too much of a concern with the remainder of the season being played behind closed doors. With that being said, Everton will need to find that spark in performances without the twelfth man.

As far as injuries are concerned. Theo Walcott will miss the restart of the campaign due to having an abdominal surgery. Andre Gomes has also suffered a knock, however, he is due to return to training early next week.

Who’s out and who’s back?

Fringe player Morgan Schneiderlin is back in training, but is building up his fitness after sitting out on the sidelines for six weeks with a knee injury.

Prior to the lockdown, Bernard was subbed during the game against Chelsea due to a knock. Despite the knock, he is now available along with captain Seamus Coleman who suffered a thigh injury before the season halted.

The performance in their last game before lockdown was not what Ancelotti expects from his teams. However, you could say the lockdown came at the wrong time for Everton and Ancelotti. The Merseyside club would feel it came too soon into the Italian’s reign; preventing him from implementing his own methods into the club.

The thrashing at Chelsea was the third successive game without victory, in what is deemed a tough run of fixtures for Everton. This included a 3-2 defeat to Arsenal and a 1-1 draw with Manchester United. This had derailed the chances of European qualification next season.

Before the slight slump, a victory over Crystal Palace in February, pushed Everton to within a point of fifth placed Tottenham. During this time, other than leaders Liverpool (24 points), Everton had won more Premier League points than Everton’s 17 since Ancelotti took charge in December.

There is no hiding the task Ancelotti has been given at Everton. This was clearly seen when they were handed a 4-0 defeat by Chelsea. Despite that blow, Carlo Ancelotti remains hopeful that the squad has enough quality to push for strong finish to the season. The long-term ambition will always be to end the 25-year trophy wait. And if anyone can end that wait, the most likely candidate will be none other than Carlo Ancelotti. 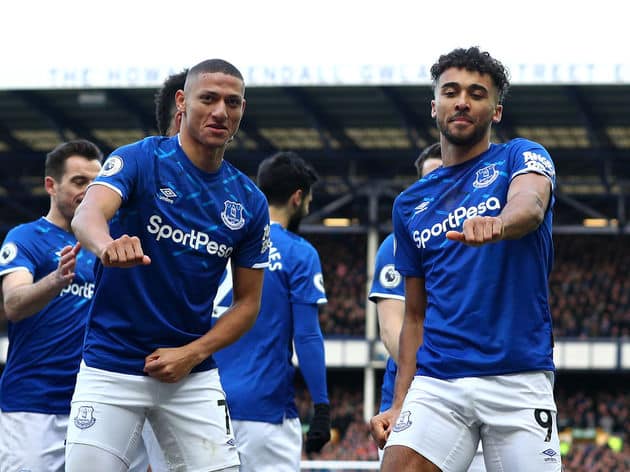