Russell Wilson and the Seattle Seahawks returned to their winning ways on this week’s instalment of Thursday Night Football. One drive into the game the Seahawks offense put last week’s poor performance to rest. They marched down the field on twelve plays, capping into off with a beautiful scoring strike from Wilson to DK Metcalf.

Wilson hooked up with eight of his weapons this game, including touchdowns to his two favorite targets. Tyler Lockett hauled in nine of Wilson’s 23 completions and a touchdown at the start of the second quarter. Meanwhile, running back Carlos Hyde put together 95 all-purpose yards and a touchdown of his own on the ground. The Hawks recommitted to the rushing game as a whole, tallying 165 yards running the football.

All in all, the Seahawks offense proved they are still one of the league’s elite and Wilson strengthened his MVP case.

It was not just the offense that gave the Hawks their win, however, but the defense also played a very pivotal role. For what feels like the first time this season, the Seattle defense showed up to play. Bobby Wagner, KJ Wright and the rest of the Seahawks rush defense stifled the Cardinals run game, limiting it to 57 yards.

The Seattle pass defense also came up huge this game. Jamal Adams applied a lot of pressure to quarterback Kyler Murray, forcing a few key in-completions. LJ Collier had quarterback sack early and really cemented the game for the Seahawks in the early fourth quarter.

On 2nd and 22 from their two-yard line, the Cardinals dropped back to pass and Collier came right through. This forced a defensive holding penalty to prevent the sack, however, that penalty was in the end zone, therefore the result was a two-point safety for the Seahawks.

The safety led to a Seattle field goal, putting them up 28-21 with two and a half minutes to play. Murray and the Cards offense needed to carry over their fourth-quarter heroics from the previous week.

The Cardinals began the drive from their own 21-yard line. Murray went to work, connecting with Larry Fitzgerald and Christian Kirk early and often on the drive. Before you knew it, they traveled the ball 52 yards, 27 away from the game-tying score with a minute to play. The Seattle defense clamped down.

DJ Reed, who had been all over the Arizona receivers all night, saved a would-be touchdown with a very clutch defended the pass. Then, Quandre Diggs had a huge defended pass of his own to save another touchdown. Soon after, the Cards were down to their final two plays.

On the first play, Murray was forced to throw an incompletion with Reed in his face on the play. On Arizona’s final play, Carlos Dunlap raced in for a quarterback sack, putting the game on ice.

The historically bad Seahawks came through in the clutch on Thursday Night Football this week. The additions of Carlos Dunlap, Snacks Harrison and the return of Jamal Adams all helped to bolster this unit, just in time for their post-season run.

The Seattle offense continued to do what they do best: score touchdowns with a big-time passing game and control the clock with a strong rushing attack.

In defeat, the ageless Larry Fitzgerald nice eight catch performance, with three of them coming at clutch moments on the final drive. The Cardinals rookie linebacker, Isaiah Simmons, also enjoyed a breakout performance, securing 10 total tackles and a sack.

The Seahawks defended their turf and returned to their winning ways knocking off the Cardinals 28-21 in an NFC West showdown worthy of the hype. 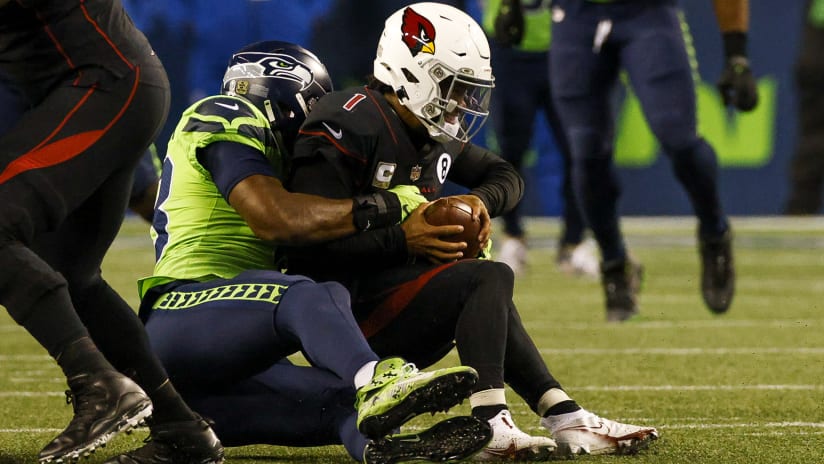