In what was a rerun of the infamous ‘Battle of The Bridge’ in 2016, Harry Kane headed home from a corner to make it 2-2 and rescue a point for Tottenham in stoppage time.

This led to dramatic scenes which resulted in both Antonio Conte and Thomas Tuchel receiving red cards for their conduct at the full-time whistle; after both had previously been booked earlier on following an altercation in the aftermath of Spurs’ first goal.

The game, however, did not start with such intensity. At least not from a Tottenham point of view anyway. They were lethargic and were struggling to get a foothold in the match. Chelsea was piling the pressure on, and moments after blazing a half-volley over the bar from distance, Kalidou Koulibaly rifled home a volley from inside the 18-yard box in the 19th minute to put Chelsea ahead. This pressure continued throughout the half, but Tottenham managed to keep them at bay until half-time.

A much-needed half-time for Antonio Conte and his players. They came out for the second half looking more organised, and slowly but surely began to grow into the game. Finally, their goal came, even if they needed a bit of luck in the build-up. With Havertz driving towards goal, Bentacur lunged from the side and appeared to foul the German – Anthony Taylor waved play on and Tottenham scored from the resulting counter-attack.

Thomas Tuchel was not happy, but it was Jorginho, who lost the ball inside the Chelsea box was the real cause of the goal. Chelsea shot themselves in the foot, and when the ball fell to Pierre-Emile Hoijberg, he lasered it into the bottom corner in the 68th minute.

Chelsea did well to keep the game in their control, and in the 77th minute, following a loose ball from Emerson Royal, Raheem Sterling released Reece James and the 22-year-old fired his shot past Hugo Lloris.

The game looked to be done, with all three points staying in West London. That was the case until Tottenham’s talisman, Harry Kane guided his header past Edouard Mendy in the 96th minute to earn his team a point.

An angry Thomas Tuchel was full of praise for his players after the game, saying: “We were brilliant, we were absolutely brilliant” before adding that “Sorry, I have to say, but both [Tottenham] goals cannot stand, absolutely cannot stand”.

He cut a frustrated figure in the interview and was clearly frustrated that, at least in his opinion, Chelsea lost the game because refereeing decisions went against them.

There has been plenty of talk about Tottenham this summer, with many fans and pundits, myself included, expecting them to have a very positive season. Antonio Conte however, seemed keen to lower the expectation on his players, explaining: “The difference is clear, [Chelsea won] Champions League 2 years ago, [Club] World Cup, League Cup, Fa Cup, 3rd place last season”

“We want to try to reduce this gap, we know we have to work to try to take time, but at the same time, we lost three times [to Chelsea], now we drew, a little step forward”

Unsurprisingly, Conte disagreed with Tuchel and believed both goals were within the laws of the game, adding: “there is VAR to analyse the situation, the VAR was very clear to continue the game”

One thing the pair could agree on however was the insignificance of their altercations, with both managers reusing to comment too much on the situation; and Instead, preferring to focus solely on the game.

Chelsea must now turn their focus to their next match – a trip to Elland Road at 6th-paced Leeds United.

Tottenham on the other hand, look forward to a home game against struggling Wolves, who have taken just one point from their opening two games. 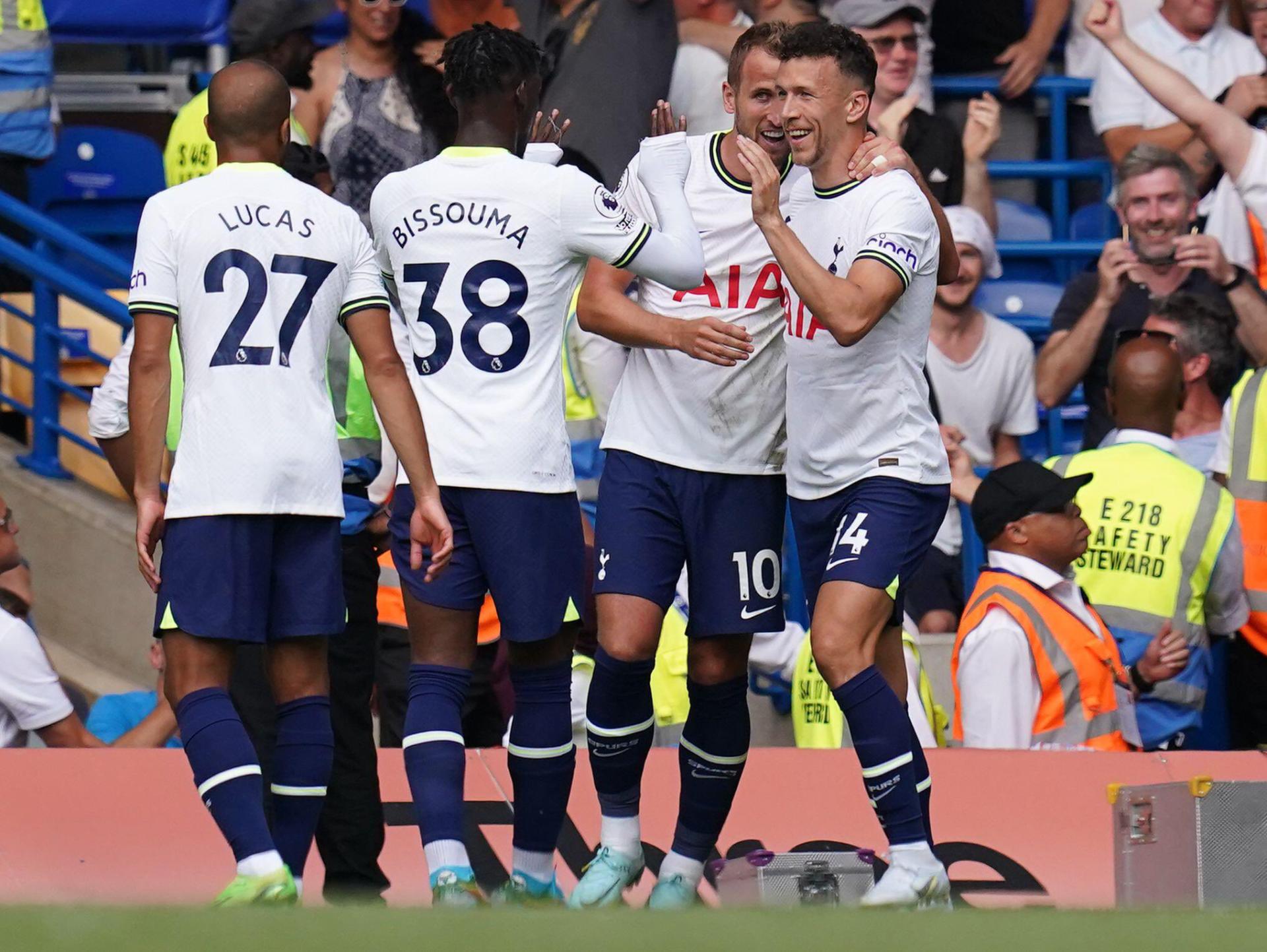